Contents hide
They probably are
Do hamsters see at night?
Why hamsters are crepuscular?
How hamsters navigate in the dark?
Conclusion

When it comes to hamsters, it is just a big if. There are some reasons that can help you to say hamsters are nocturnalbut, in some cases, it is not as easy as just giving this general answer. It is hard to think that these little things that we keep as pets would like to just have night life instead of “being normal animals” and do all their activities during the day.

To get an answer to are hamsters nocturnal, we will see some of the conditions that make a hamster prefer this time of the day, and let’s find out if these little animals are actually better off when the darkness is in, the moon is in the sky and vampires are out, right?

Do hamsters see at night?

The hamsters are mainly crepuscular, which means they do most of their activities during dawn and dusk. However, when it comes to compare what times are the ones hamsters use, the hamsters prefer the darkness.

So, if that is what they really like, you could probably infer that their eyesight would be amazing during absence of light, right? Wrong! Hamsters do not see at night, and at other times.

Navigation at night looks like a risky endeavor for some animal species, but for hamsters is not that difficult with the features they have at their disposal. They prefer to minimize the risks of going outside during the day and instead go in between day and night, during the dawn or the dusk, to do their things.

Why hamsters are crepuscular? 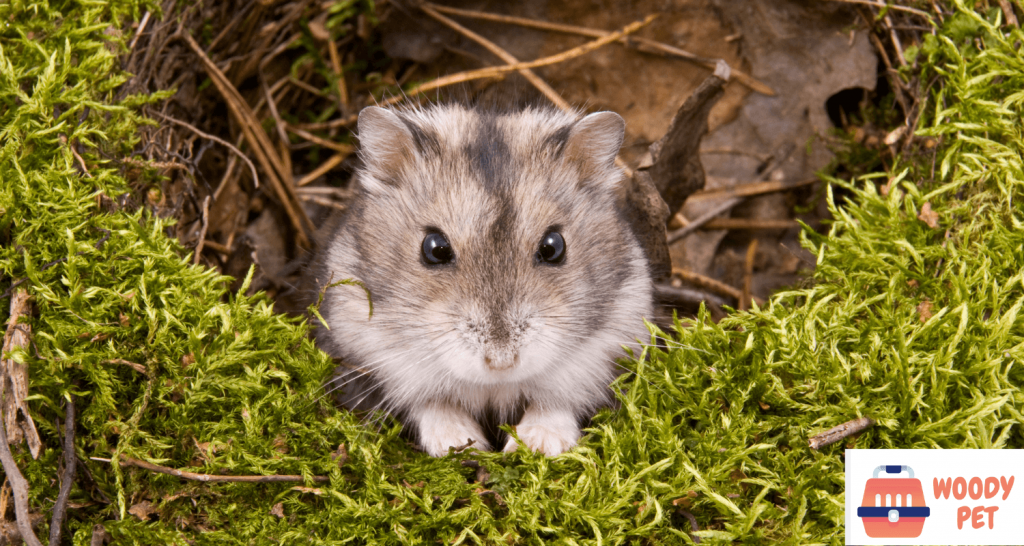 There are some reasons to believe that hamsters are nocturnal, mostly because when the wild types of hamsters go to roam around deserts and other wild places in the search of food and other provisions.

The thing is, while mostly this can be accepted as a definitive answer, the hamsters are crepuscular actually. The reason why is because of their environment and what nature has told them.

During the day, a hamster roaming around a wild landscape would be in danger of predators, the inclement weather and temperatures and their vision could not help as much as they need. Predators like snakes, eagles and more are mostly active during the day, making going outside for a hamster a big no-no.

Now, at night, those creatures are probably asleep. This could be a better time to go out then: Colder temps, the sun is not as hard on what little they have of eyesight, fewer possibilities to encounter predators… It looks like a very promising time for hamsters to complete their missions, but it is not as easy as it seems.

There are some nocturnal predators too, like owls also searching for food. So, in order to get the best of both worlds so to speak, hamsters go out in between those times: During dusk and dawn. It is actually very clever, but not necessary when they are living with us, humans.

Because of this natural behavior, you would see your little pet going out its hideout during the darker times of the day: Dawn, night and dusk. During those times, it is a good idea to give them food and all what they need. You would see them storing it into their homes, just like they would do in the wild.

How hamsters navigate in the dark?

As we have explained before, hamsters navigate in the dark very well actually. The thing now to explain is how, because we also said that hamsters do not see very well, are color blind and, by extension, they can’t actually identify objects and other animals, especially in darkness.

Well, even though they can’t see, hamsters are still nocturnal and there are some other ways to make their way in the darkness while they are not able to see. Mostly by an amazing auditive system, the great sense of smell they have, their whiskers (just like the ones cats and dogs have) and how they leave a “trail” for making going back home a breeze, hamster can actually pull this complicated endeavor without many issues.

When we talk about a “trail” you can actually see it in action when they drop their bodies into the ground and navigate this way until they find what they are looking for. When it is time to go back to their refuge, hamsters just have to follow that trail made with their scent and they go back where they started with ease.

It is quite ingenious to see how these little animals to do this well when everything is in the dark and how they always find the way back home.

There you have it. Hamsters are nocturnal, but if you want to know what is the exact time, they go out of their hideouts is around twilight, during dusk and dawn, and extending during the night (especially for domesticated hamsters)

What is the reason they go out during the darker times? Well, it is because mother nature told them so. It is the best time to avoid predators, it is the one time with better temps and climate and the activity around them is very minimal, making it “easier” for them to roam around in search of food and other things.

When it comes to navigating at darkness, hamsters do not actually see that well. But they use all other senses to make its commute fairly easier and safer, rather than just depending in their eyesight. It is amazing to see and that is why they always roam around at night time so, make their food and water accessible during these times.