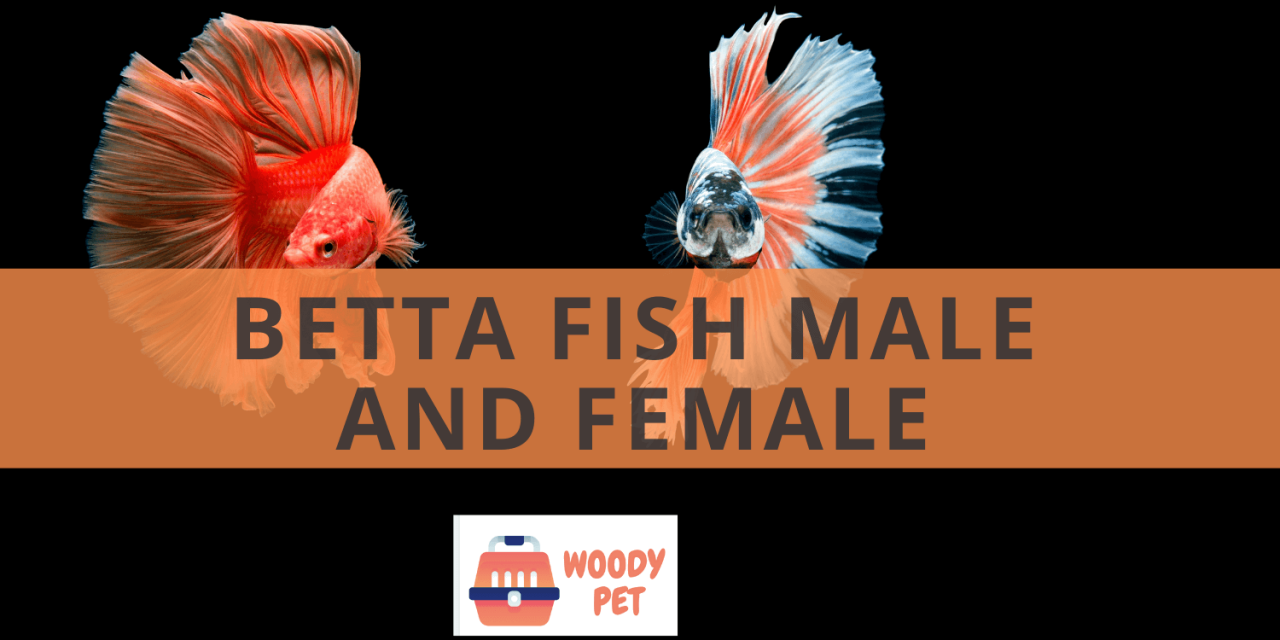 In this article, we are going to reflect on both genders from the species of Betta fish – male and female, and dig into their habits, behavior, way of breeding, and other things we think you shall find useful.

We will not set up this text in a straightly male vs female betta personality manner, but we will reveal many of the similarities and differences between the two genders.

While Betta fish, in general, are viewed as being combative and territorial, we will find out which one of the two genders possesses more of the like characteristics, and which one is more peaceful.

Also, it is known that the female Betta fish are laying eggs in bubble nests, and little fishlings are being hatched out from the eggs. Is it necessary for a male Betta fish to participate in the breeding process, on the other hand?

Let’s dive into these matters and find out.

What is the difference between male and female betta fish?

The main difference between male and female betta fish is, in general, their behavior. The male Betta fish are more territorial and aggressive than the females. Therefore, male Bettas are more likely to be provoked, and attack another fish, if they feel threatened by them. The female betta fish behavior is a bit different in this regard. They are also territorial, but to a lesser degree.

Furthermore, the male Bettas can not tolerate each other living in the same tank. There are fish that can cohabitate together with the male Betta fish, but other males of their own kind do not belong in that category. Male Bettas fight each other when they live in the wild. When you put them together in a tank, their nature doesn’t magically disappear. It is very likely that their relationship will end up fatally. This is why a good owner knows that two male Bettas can not be placed in the same tank, under any circumstances.

On the other hand, female Bettas are more tolerable to other females. They can live together in so-called female Betta sororities, or sisterhood. It is recommended that if one decides to keep more female Bettas in one tank, their number ideally should go from four to six.

You can keep betta fish male and female in same tank, but this is recommended in rare cases, like for the purpose of betta fish breeding. 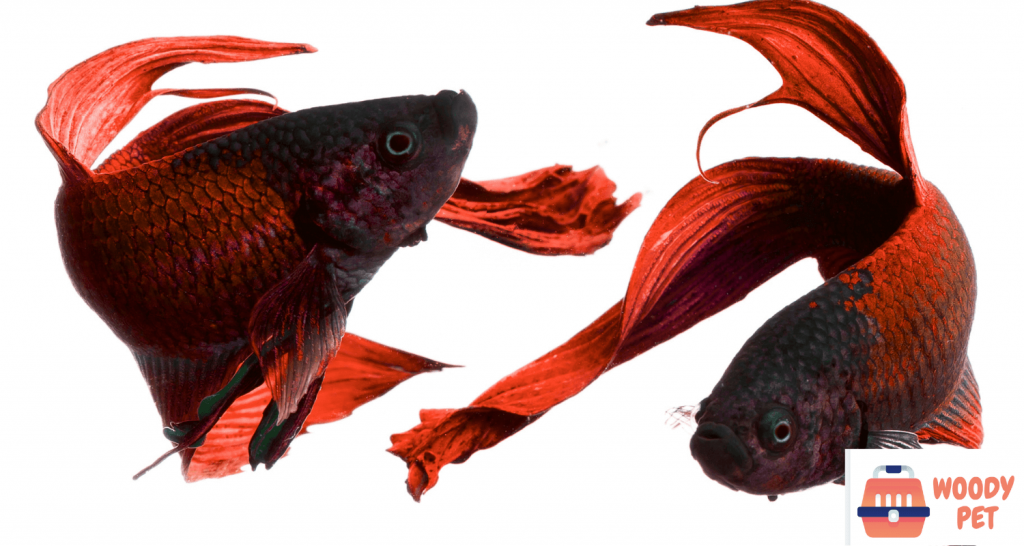 While this might sound not quite right, the definite answer is – yes, they can.

Bearing this in mind, the hatching of the eggs will go unsuccessfully without a male involved in the process. The eggs will become rotten and will pollute the water in the tank.

If you are an owner, you might not even know that your female Betta has laid some eggs, because the majority of them are eating the eggs. Those females that built a bubble nest will take care of them, and the third category of female Betta fish would be the one that do not care about their eggs at all. The latter would only throw the eggs at the bottom of the tank and leave them there.

In either case when your female Betta fish does not eat their eggs, it would be wise to take the eggs away from the tank, because of said reasons – the eggs will contaminate the tank water, and your poor Betta’s health will be endangered.

In most of the cases when female Bettas release their eggs (all of them are carrying them), it just happens to be by coincidence.

Knowing the nature of the Betta fish, especially the males, who are very defensive and belligerent, one might ask himself how are the betta fish breeding?

Bettas are known to be responsible parents. Before breeding, the male Betta prepares its part of the tank for the very purpose of breeding, and take good care of it. The male creates the bubble nest, where the females lay their eggs.

While the male is busy with the work, the female Betta is just waiting. The so – called egg marks can be noticed on the female’s stomach.

Until the male is done with preparing the bubble nest, the two fish shall not be put together. This is due to the territorial nature of the male Betta in regards to their space.

Even when the time for breeding comes, put some java fern, rocks, or living plants inside the tank, so that the female can hide if it is in danger from the male. The tank should have at least nineteen liters, or give gallons of water, with a heater and a filter in addition.

In the end, the male will bring the female Betta close to the nest, where they will hug each other shortly. Afterwards, the female will release the eggs, and she will lay them inside the bubble nest.

We covered a lot of areas concerning Betta fish – for both male and female representatives of these interesting fish species. Hopefully, you found this article to be helpful and you learned more about Bettas.

If you are an owner or you are planning to be in the future, you now are more familiar with the differences in the behavior and habits between male and female Bettas. Male Bettas are more inclined to protect themselves violently than females. Don’t buy two male Bettas to keep them in the same tank – that is too dangerous! On the other hand, if you want to keep more female Bettas, you should keep from four to six of them together, ideally.

We learned that it is even possible for the female Bettas to lay their eggs without involvement by a male Betta, but the eggs will not be hatched. If this happens, those eggs must be pulled out from the tank, because they will release toxic elements that can put your fish in danger. 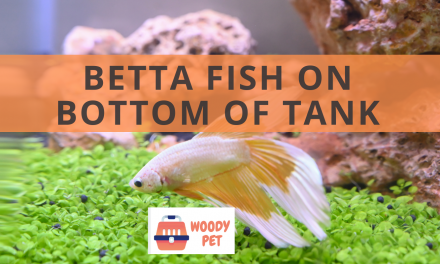 Betta Fish on Bottom of Tank 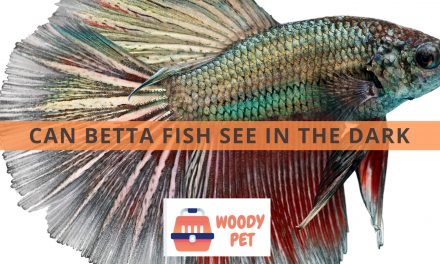 Can Betta Fish See In The Dark 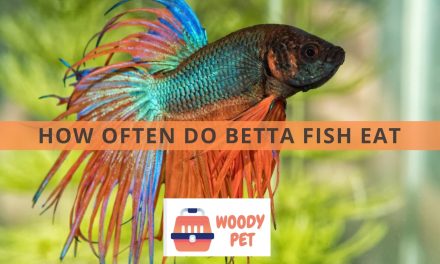 How Often Do Betta Fish Eat 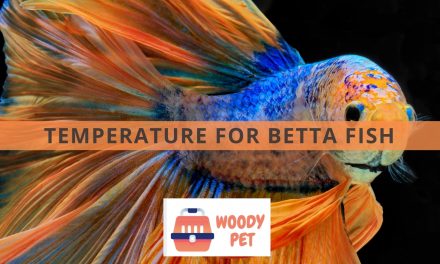