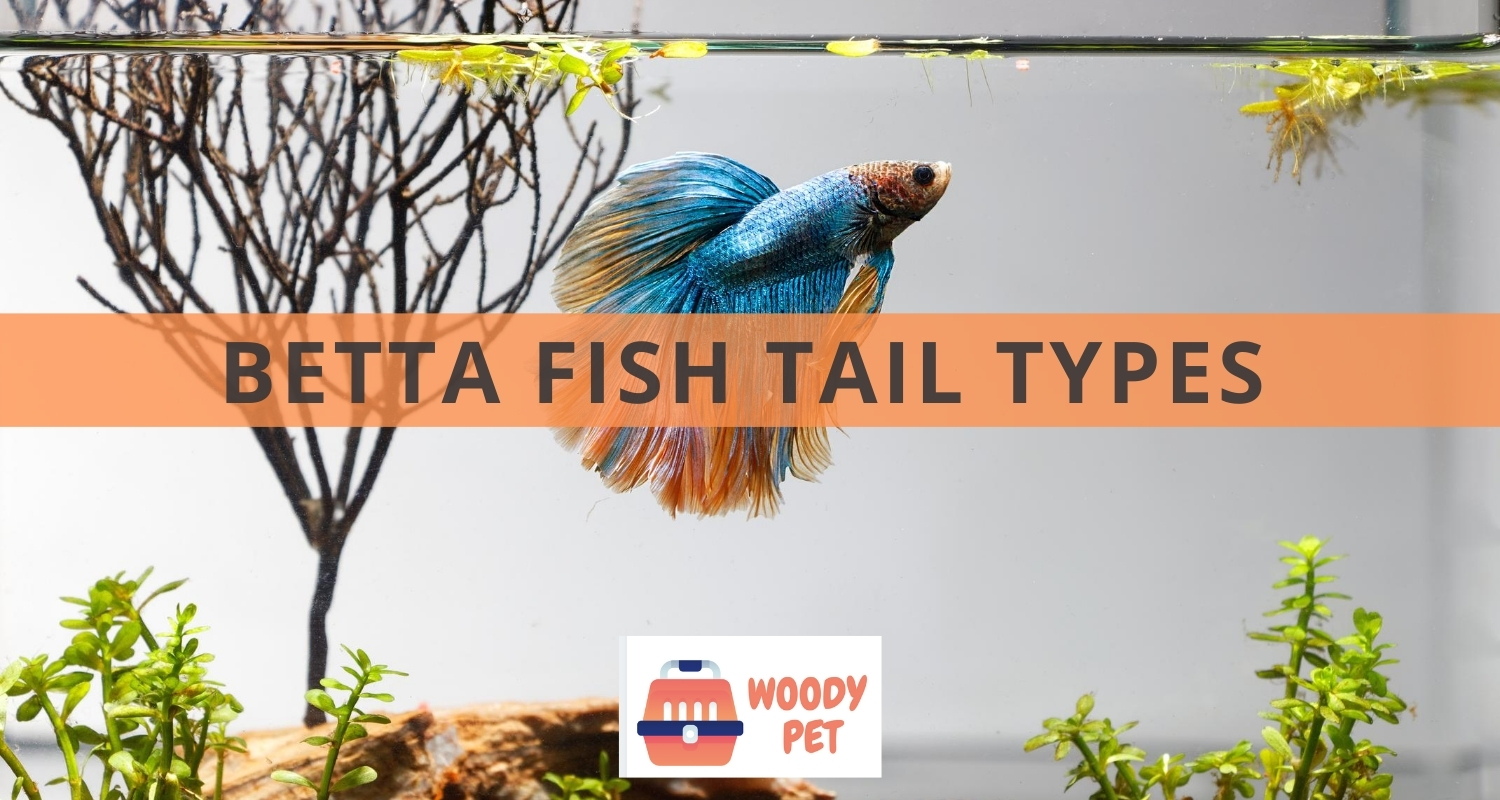 Betta fish are undoubtedly one of the most beautiful fish species. With their vibrant colors and magnificent tails, they look both gracious and fierce at the same time. Despite being a type of fish that requires rather extensive maintenance and upbringing, a lot of pet owners decide to get a Betta fish, just because of their wonderful and unique look.

Types of Betta fish by their tails

One of the biggest differences between the Betta fish species is their tail – there are several different Betta fish tail types. In this article, we will explore the various types of Betta fish tails, which will help you distinguish the different species and select which type of Betta fish would you like as your next pet. 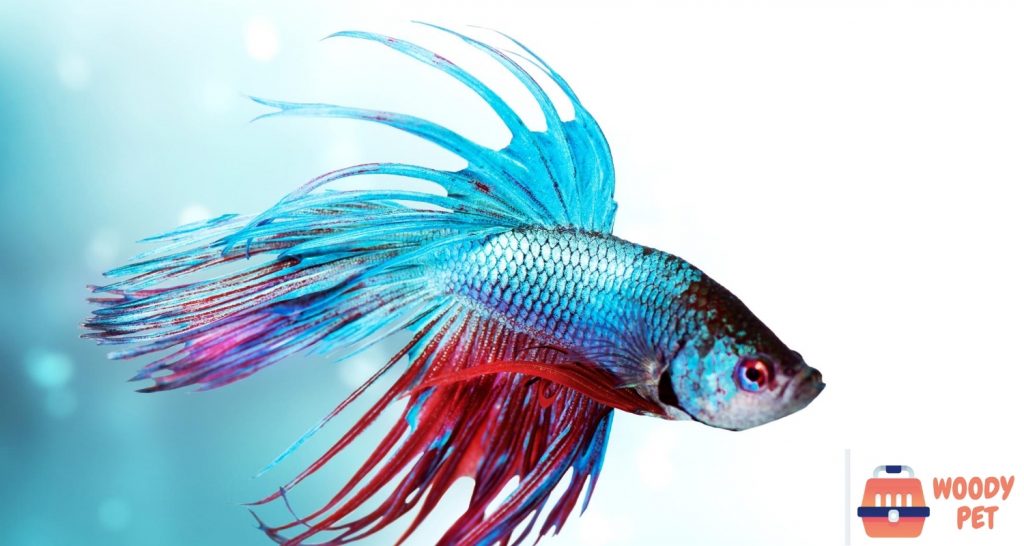 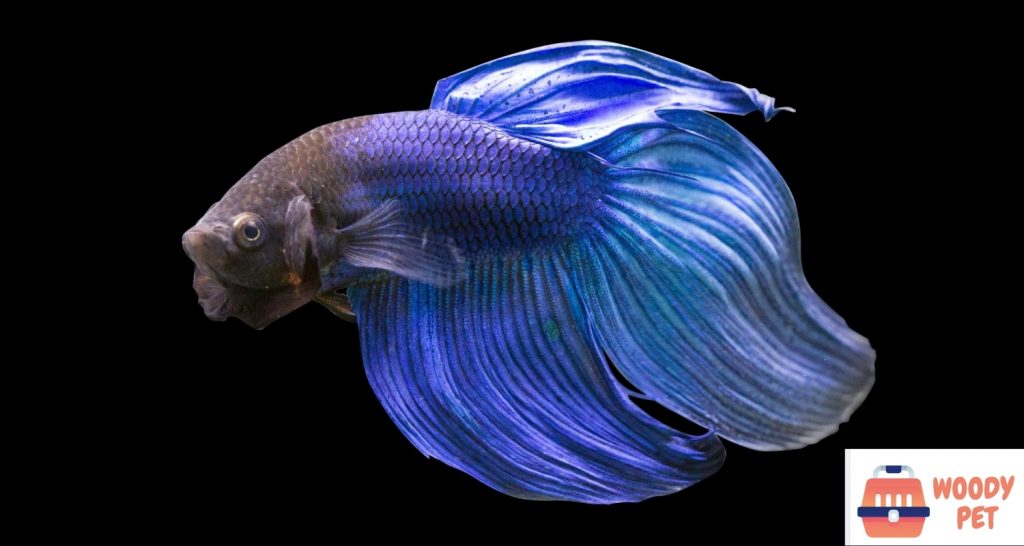 This is one of the most common tail types among the Betta fish species. You can find it in almost any pet store that sells Betta fish. It goes up to the point that avid Betta fish owners consider them “mainstream” and not wanting them in their unique collections. However, this doesn’t mean that Betta fish with veltail looks worse – it has a long and flowing, leaning downwards tail.

The dorsal fins are also long and flowing as the tail. This makes them different from the other tail types, where the tail hangs upwards instead, or simply droops. Veiltail is also an asymmetrical tail – when split in half, the upper and the lower parts are not the same. 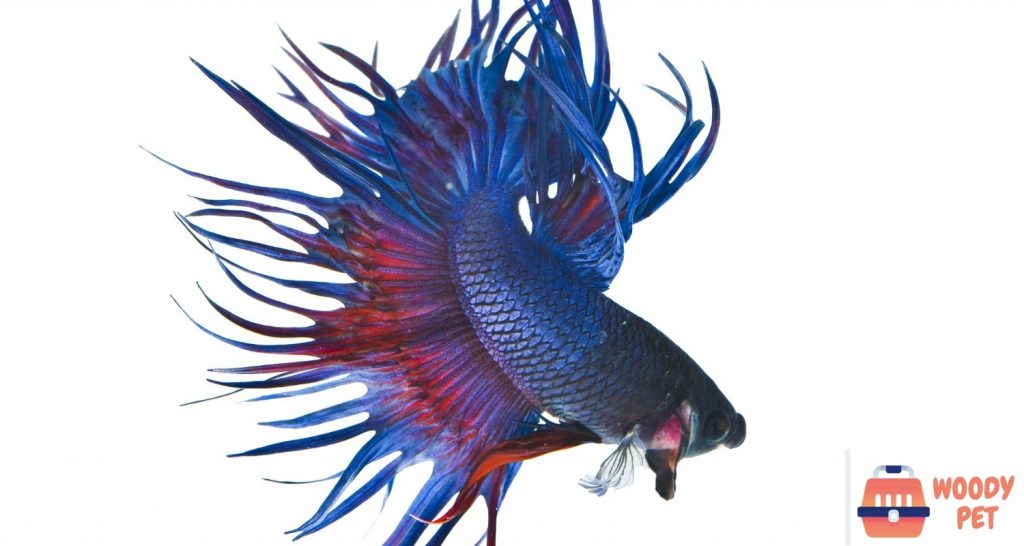 Getting its name for the fins that look like spikes of a crown top, this is another very common tail type. It is easily distinguishable by the extended fin’s rays length and the rare webbing – and is probably the most distinguishable type of tail among Betta fish. The webbing needs to reach only halfway to the tail’s ray – if it’s more than this, then it probably is another tail species. 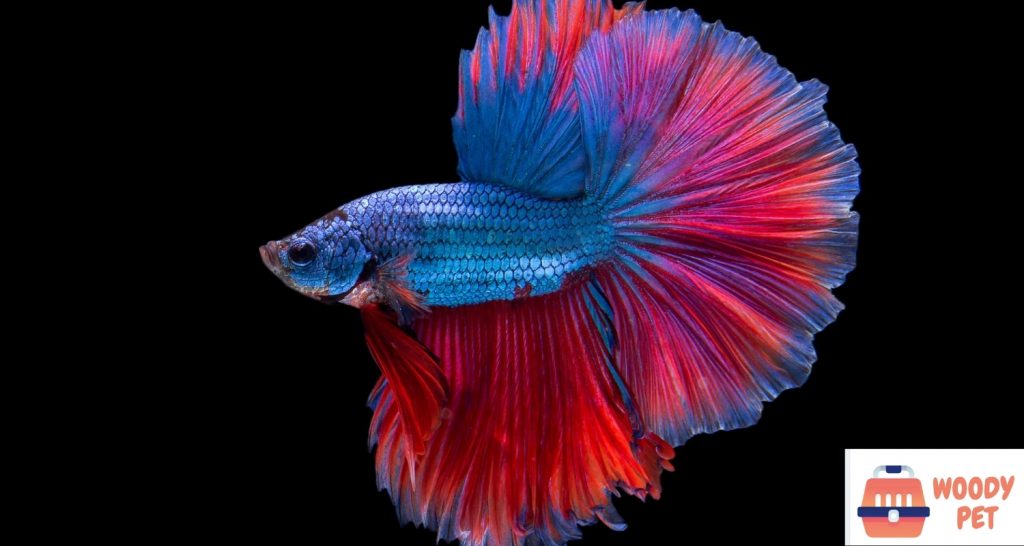 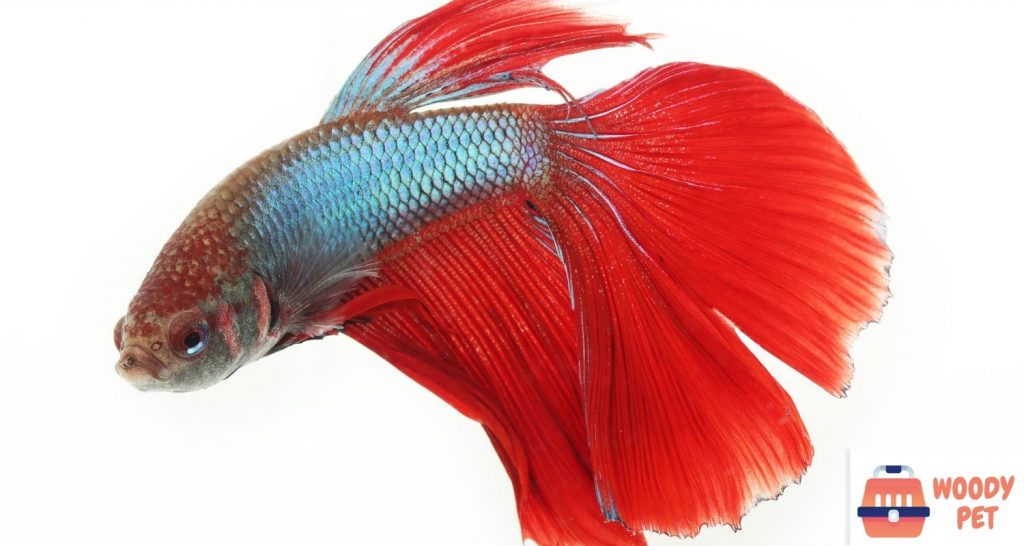 When you look at this tail, you will see it’s quite obvious how it got its name. The tail actually is consisted of two different tails, independent from each other, and separated all the way to the base. Another characteristic for the Betta fish types that have a double tail is that they also have a bigger fin than most of the other types. The body of the double-tail Betta fish is also usually shorter than the other types. The tails are not always symmetrical, but devoted Betta fish keepers are always on the look for the species with symmetrical tails – they are rather rare and can be very expensive. 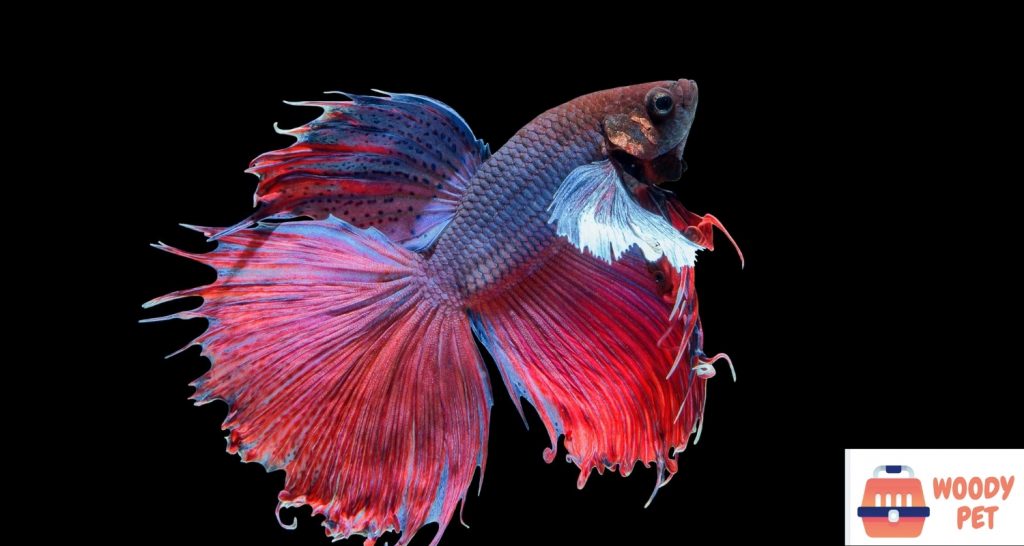 Another no-brainer when it comes to the name: the fin looks exactly like a spade in playing cards – it is wide at the beginning, narrowing down towards the point. The spread is usually symmetrical.

There are some sources that suggest that spadetail is not a different tail type, but only a variation of the veiltail, especially among species whose tail hasn’t developed, however, this is not officially proven. 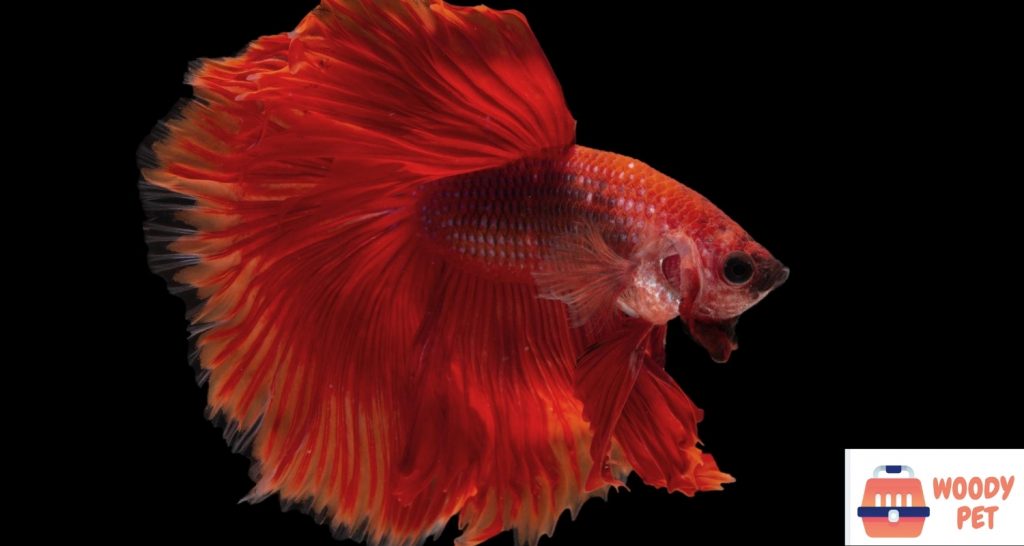 The moment you look at this fish, you will immediately understand why Betta fish with this tail type are one of the most frequently wanted ones. Their tail is large and magnificent and it resembles a half moon, or the capital letter “D”. This is because the fin, when flared, can expand for 180 degrees, creating the wonderful half-moon shape.

Another characteristic for the Betta fish that have a halfmoon tail is that all of their fins are larger than with the other types. 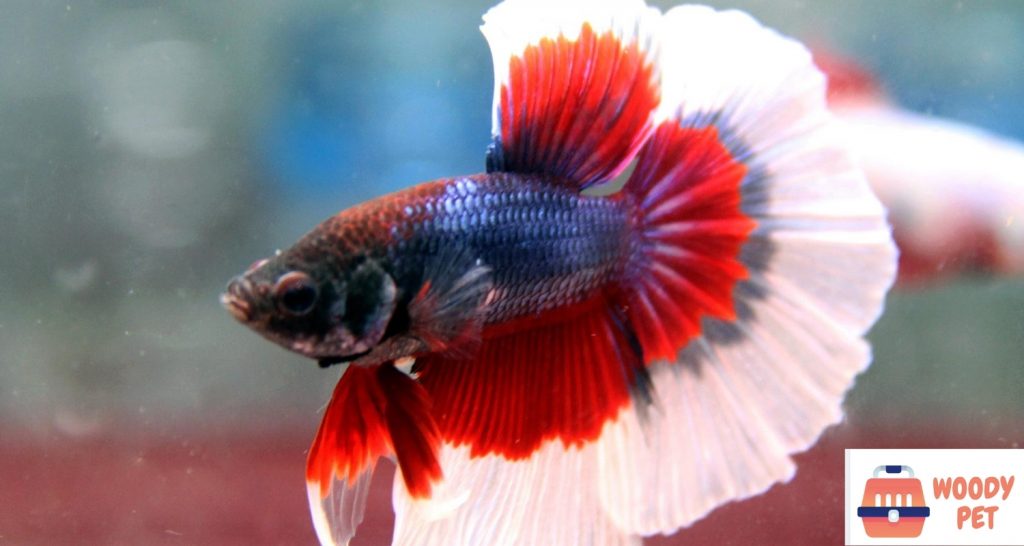 If you think the Betta’s halfmoon tail looks incredible, you should definitely check this type! Their fin can expand for more than 180 degrees. This gives them an unrealistically luxurious look. Apart from this, they have all the other characteristics of the halfmoon tail type Betta.

However, this beauty comes with a price – both the halfmoon and over-halfmoon tail types can be prone to damaging, due to the size of their tail. If you want to have this type of Betta in your fish tank, you need to take this into consideration and take extra care to avoid any objects that might hurt or damage their tails. 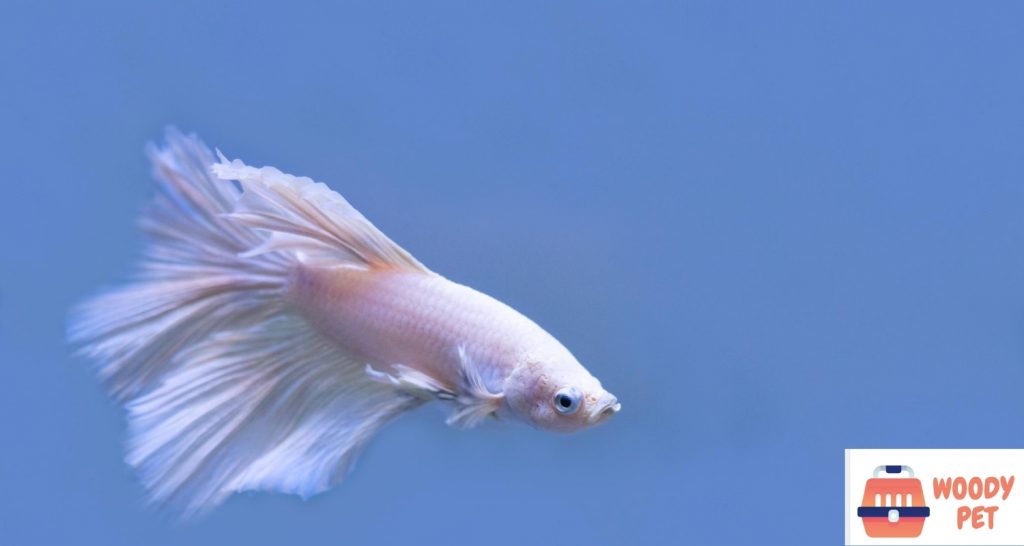 Another tail type that is similar to the half-moon, however, unlike the over-halfmoon tail type, this one expands less than 180 degrees. The part closer to the Betta fish body is narrow, and then gradually expands to the tip. This gives the tail a somewhat shape of a triangle.

The name of this tail type came from the Greek letter “D”, or as it is pronounced, “delta”.

Unlike the veltail type, as well as the many of the other types, the Betta with this type of tail does not have to worry about symmetry – their body and tail look exactly the same if a horizontal line is drawn through them. The above and the below parts are identical.

Unlike the crowntail and the combtail, this tail type does not possess any “spikes” or “combs”. 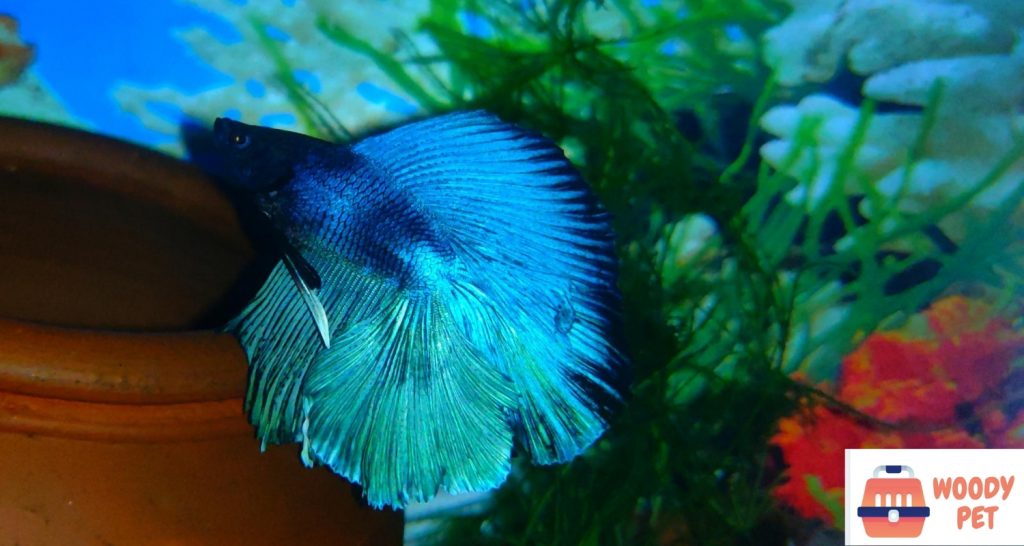 A super-delta tail type is something in between the delta and the halfmoon tail type. It expands more than the delta tail, however, it does not reach the infamous 180 degrees, like the ones with a halfmoon. Apart from this, they possess pretty much the same characteristics as the delta tail Bettas. 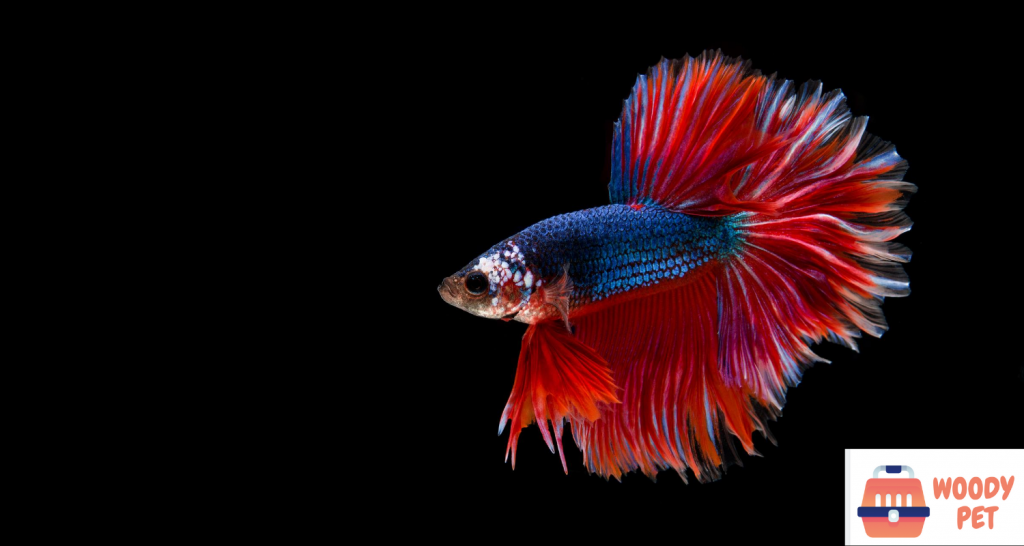 This tail type is one of the most rare ones. It is actually an interesting combination of the halfmoon tail and the crowntail, meaning that it can expand up to 180 degrees, but at the same time, it has a crowning between the rays and the webbing.

An interesting fact about the Bettas with this tail type is that they are not a natural occurrence, but a selective breed, created by merging the crown tail and the half-moon tail together. 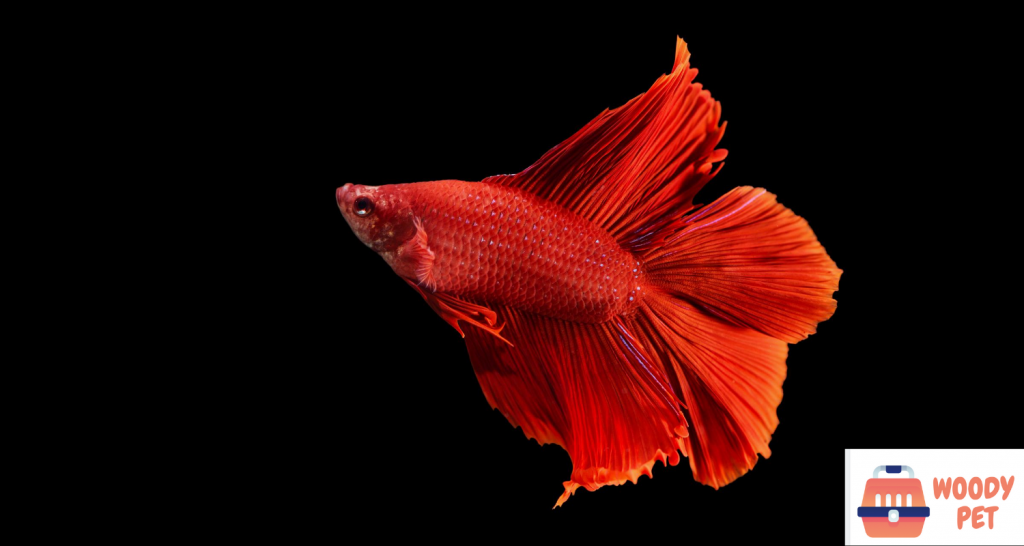 Rosetail is another variation of the halfmoon Betta fish tail type. It got its name due to the tail splitting into many branches and overlappings, giving the tail a distinctive, rose-like look. This type is rather similar to the halfmoon and the extreme halfmoon tail types.

Very similar to the rosetail, the feathertail has even more branches and divisions, giving the tail the look and the aesthetic of a feather. The branching of the tail is usually characterized with a zig-zag look. 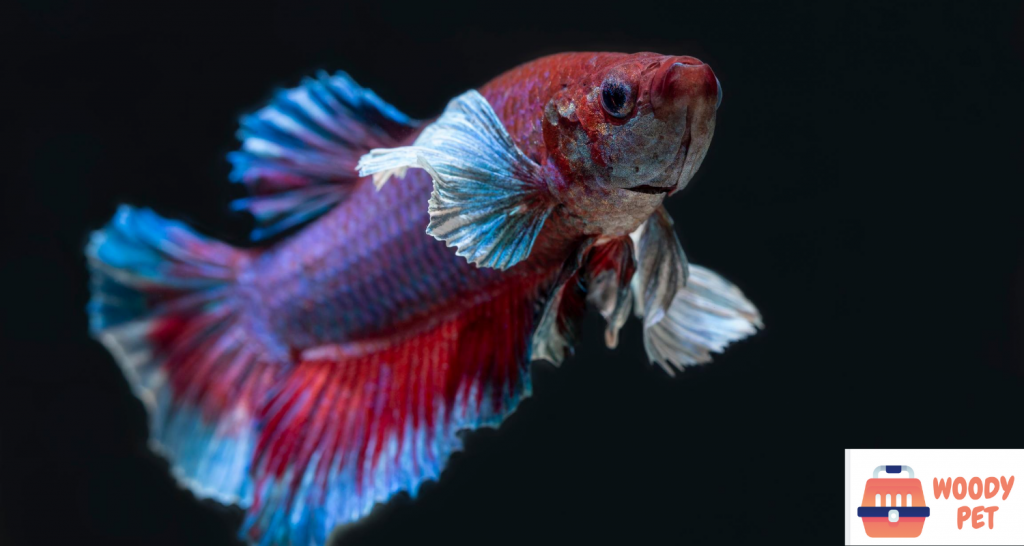 This type can also be found in literature as a “short fin” tail. Their tail is distinguishable with its short size and round look. Being another type included in selective breeding, these Bettas are now divided into two subcategories:

As we could see, Betta fish is a species that can have major differences between types. Their tail is the feature that distinguishes them the most from each other. And luckily, the name of the tail is usually derived from the object it resembles, so with a little training, we might be able to easily distinguish them between each other.

Of course, some of these species are rather hard to find. The plakat Betta, for example, are known for living in the wilderness, and the half-moon are often hard to find. On the other hand, veiltail Betta are easily found, and if you are not obsessed over the type of your Betta fish, this type might be your perfect Betta friend.

In any case, whether you’re up for the more “mainstream” versions, or you’re more of a fan of a unique-look Betta fish, there are plenty of types and varieties to choose from. Undoubtedly, each of them would be a perfect addition to your fish tank.