Learn everything you need to know to treat and prevent a broken dog tail. There’s much to get to know and familiarize with, so let’s get started!

Tails are also another one of a dog’s limbs, so it’s possible that it can get broken as well. Read on to find more about its symptoms, causes, treatments, and prevention.

Purpose of a Dog’s Tail

A dog’s tail is more than just a part of their cutesy appearance. It serves more than one great purpose: movement, balance, and communication.

Dogs move a lot. They run around, jump, crawl, shake, and possibly every type of movement you can do with four limbs. In every direction they turn to, their body needs assistance during the turn especially since they move fast. The way the tail moves in the same direction that the body is turning to helps as a counterweight to their body. Through this, the dog won’t be going off-course or tumbling around.

Similar to how the tail supports its movement, it also helps with the dog’s balance. Think of it as another arm. Similar to how we use ours, dogs use their tail to balance themselves on uneven areas or footings such as rocks and trees. The tail does this by serving as an added weight on the opposite side of the dog’s tilt or the direction of where they put their weight in.

On top of all that, dogs use their tails as a form of communication with other dogs. They may also communicate with humans but it’s more of us being able to understand their signals and movements rather than the dogs making it up specifically for us.

In addition, just like for us, their form of communication is a learned behavior, meaning they would have to interact and socialize with other dogs to know how to communicate with them. Puppies, therefore, don’t wag their tails until they’re about 30 to 50 years old, which is the time when they usually play around with other dogs.

Image From Viktoria B.

Given all of those important functions, having a broken dog tail proves to be more than just a pain, but also a hindrance to their everyday life. Take note of the following symptoms:

If they appear to have a broken dog tail, there are many possible causes behind it, aside from physical injuries. They may range from abrasions to nerve damage.

Abrasions come from contact with rough or abrasive surfaces such as wire fencings and concrete steps. It can also occur when the dog catches their tail under something like a chair for example. This isn’t usually a cause for immediate action to the veterinarian. You can treat abrasions in dogs at your home with soap, warm water, antibiotic ointment, and bandages. Treat the wound daily with the same process. Remember, keep your dog from biting at their tail while in the healing process to prevent the wound from worsening.

Lacerations are more severe than abrasions as they are cuts deep enough to show muscle and bone. This can come from the same reasons as abrasions. However, it may also be self-inflicted. Dogs that are nervous, bored, or have behavioral problems have a higher tendency to bite at their tails enough to inflict lacerations. Other causes include flea allergies, which the dog will most likely bite and scratch at due to discomfort. Lacerations can incur infections when left untreated and prolonged.

As mentioned earlier, dogs wag their tail when they’re happy. But there are times when they get too happy that they get a broken dog tail instead. There are certain breeds of dogs that wag their tails constantly hitting many objects such as trees, walls, tables, and other hard objects enough that it can cause an injury. This type of injury proves to be difficult to treat especially since the source of the problem, which is the dog tail wagging, just won’t stop. It can expose many delicate nerves that require veterinary attention.

The tail is also just another bone in their body, which also means that it’s susceptible to breaking. This often happens when the dog gets hit by a car, their tail gets slammed in a door, falls off a high place such as the porch or bed, and other physical injuries. The severity of the fracture depends on where it is most affected.

If the fracture is at the tip of the broken dog tail, it usually doesn’t require treatment. It may have a bump or kink at the fractured site but it is not as severe as when the bones themselves are fractures. When this happens, it’s possible that part of the tail may need to be amputated. At the base of the tail, it may be a cause for nerve damage and other more serious complications.

This happens when the tail is strenuously pulled causing the nerves to stretch or tear. The base of the tail may also break which may sever nerves as well.

Effects of such nerve damage can lead to incontinence, which means that the dog will not have control over their urination and defecation. The dog may also not be able to wag their tail as normally as before, or even raise it. Nerve damage can also cause the tail to hang limply. If you notice these symptoms in your dog, contact your veterinarian immediately.

Each treatment varies depending on how severe the broken dog tail is:

You can always do something to prevent a broken dog tail from happening. Take these precautionary steps:

Every part of a dog’s body is important and fragile, which makes them susceptible to different kinds of injuries and infections. One of them is a broken dog tail. Now that you know the signs, treatments, and preventive measures, be consistent in keeping your dog happy and safe!

Has your dog ever had a broken dog tail? Let us know your experience down in the comments section and share your story with us! 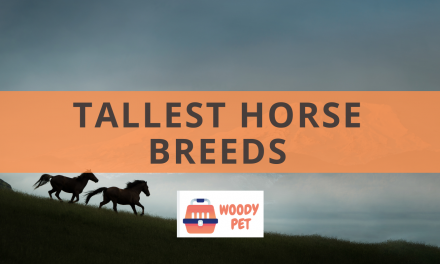 How to Detoxify Your Dog: Tips and Natural Remedies

How to Get Rid of Worms in Dogs

Why Is My Dogs Face Swollen?