Ah, chicken. The staple of all cuisines from around the world.

Ever since the dawn of civilization, man has for countless years been herding, domesticating, raising, profiting and eating chicken for as long as he has learned to light a fire.

Chicken, both as a source of food and as a source of income has generated empires of fast food chains that span the world, not needing to name particular fast-food chains due to how ubiquitous they are in society.

But it begs to ask the question in lieu of our pets: “Can dogs eat chicken?”

To cut the long story short…

Of course, they can! Dogs, since time immemorial, have been known to chase chickens around as if driven by some strange urge, strong enough for them to just want to devour these clucking, flightless birds for no understandable nor logical reason other than pure instinct.

But nowadays, there seems to be a consensus that begs to differ in this regard, given that chickens, as staple of a food source as they are, pose quite a lot of risks towards our canine companion.

What's Inside? hide
Can I Feed My Dog Chicken Everyday?
It’s Chicken Bones, Isn’t It? Here’s Why Chicken Isn’t Exactly Safe For Your Dog
But It’s My Dog’s Birthday! I Still Want To Give Him Some Chicken

Can I Feed My Dog Chicken Everyday?

Dogs have always been going nuts about chicken, from chasing it around the fields to eating it.

Chickens are a great source of protein, which if you are not aware, is something that carnivores like your canine companion prefer so much in their diets. It is a protein that sustains them and gives them almost their daily nutritional needs to survive. Protein encourages muscle growth and body development, as well as giving them the energy to move about and exercise.

Chickens also contain calories, which give your dog energy. They also contain sodium, potassium and many other nutrients.

As much as beneficial it is for your dog to eat chickens, there have been studies and occurrences that choose to steer away from this type of preference in terms of feeding your dog and blatantly discourage most dog owners after they realize the potential risks and implications of feeding them chicken every day. To be on the safe side, you might want to consider giving your dog a balanced diet.

You read that right. Chicken bones are the culprit as to why most medical experts and veterinarians are discouraging dog owners from feeding their dog chickens.

Chicken bones, according to some accounts from veterinary clinics, have been one of the culprits of dogs needing to have surgery.

When dogs eat chicken bones, they have the tendency to grind them up into tiny bits, but only tiny enough to be swallowed. But one thing that dogs are not aware of is that these tiny bits of chicken bones are still sharp, and are most likely to cause internal injuries by scarring the muscles of the mouth, oesophagus as well as the throat, especially if large quantities of chicken bones have been eaten in one sitting.

Once these chicken bones find their way into the stomach of your dog, this is where it will most likely inflict the most damage.

The chicken bone shards will act like shrapnel and impale your dog’s stomach, sticking there and if gathered up with more chicken bones, obstruct the passageway into your dog’s intestines, therefore, blocking the digestive tract of your pet.

If the stomach is unable to push the digested matter out towards the intestine, it will cause internal bleeding as the shrapnel will cause further damage and injury, which will lead to infection, sepsis and even death if left untreated.

There are clear signs that your dog may need medical attention due to these chicken bones injuring your pet internally. One such sign is your dog vomiting blood. Another such sign is if you see your dog coughing as if attempting to spit out what seems to be something that is obstructing its throat.

If you see any of these signs, it is best to contact your dog’s veterinarian and bring your pet to the clinic so it can be further observed and diagnosed.

But It’s My Dog’s Birthday! I Still Want To Give Him Some Chicken

Luckily, there are some ways you can feed your dog chicken without you having to worry about it choking on some bones.

One such way is to feed your dog chicken tenders. Although these kinds are a bit more expensive than the whole chicken sort, they are relatively safe for your dog due to the complete lack of bones which are the culprit of many a dog needing to have surgery due to bones getting lodged into their innards.

Chicken tenders, boneless lean chicken meat and even chicken nuggets are fine to give to your dog.

However, chicken that has been deep-fried is not entirely encouraged due to them containing a lot of trans fat, oil and cholesterol which are predominantly found in the skin of the chicken.

Simply by frying the chicken meat with little oil or butter placed on the pan, with only enough to prevent the chicken from sticking is the healthiest way to give chicken to your dog.

With all that has been discussed and debated upon the query which states: “Can dogs eat chicken”, we have come to the conclusion that yes, they can, but have also considered some factors as to why it is a bad idea to give them chicken.

One of such factors is that chicken bones pose not only as a choking hazard for dogs, but they are also one of the culprits of dogs having to undergo surgery due to chicken bones internally injuring them in their stomachs and intestines.

Chicken bones when broken act like shrapnel that impales the walls of your dog’s digestive tract and can cause serious, if not fatal damage internally.

Boneless chicken meat, chicken tenders and nuggets are the safest ways to go if you want to feed your dog chicken without the health risks.

Dogs should only be given enough chicken, due to them containing high amounts of fat and cholesterol.

As with any kind of food, dogs should only be fed with chicken in moderation.

Why do dogs pant and when you should worry 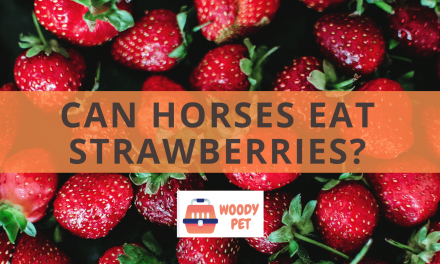