Have you ever had your dog eyeing you from afar, looking at you with those gaping, beady eyes?

You know what I am talking about, right?

The kind of begging eyes that you can see either directly or from your peripheral vision, especially when you’re eating something, dogs seem to be so curious appetite-wise as to always wanting to have what we are eating, and you as a dog owner might have fallen prey to the look; and have in more instances than you would like to admit have caved in and fed a handful or two of whatever it was you were eating to your dog.

In relation to the scenario above, let us make the presumption that what you have were peanuts. And in the spirit of conversation, we are going to discuss the query: “Can dogs eat peanuts?”

“Of course, they can!” says your friend who also has a pet dog of her own.

“I’ve been feeding my dog lots of peanuts, and so far, I have not had any issues whatsoever… Although he gets a bit gassy and poops quite a lot, so I try to give him a few peanuts instead”

Whether or not feeding your dog peanuts is a good idea, it is imperative that the topic at hand must be approached subjectively instead of word-of-mouth advice.

Peanuts And Health – Are Peanuts Harmful to Dogs?

One thing that you must keep in mind about peanuts is that they are full of fat. How full? Well, here is a nutritional fact breakdown on what constitutes three and a half ounces, or about a hundred grams of raw peanuts:

Based on the breakdown given above regarding the makings of a peanut, it is obvious that they are full of calories and all kinds of fat. It is also worth mentioning that this is only what is contained within raw peanuts. The numbers will most definitely increase if the peanuts were either roasted, fried or processed.

Therefore, if we were to look at the considerations you are to make when feeding your dog peanuts on a healthy standpoint, it would not be a good idea to do so in large quantities, given the many calories and fat per serving that peanut has.

It is advisable that peanuts be given to dogs in rarity, therefore should be done so as a treat or reward.

Can My Dog Go Nuts Over Peanuts? Read More And Find Out!

You can breathe easy because there is no way they are in any reason dangerous or risky to your dog’s health.

Peanuts by themselves do not pose any threat, but peanut-based products are another thing altogether and should as much as possible be regarded with caution if you intend to feed any of it to your dog.

One such instance of a peanut-based product would be peanut butter. These products contain a chemical called xylitol which is safe for humans, but not for your canine companion.

Just a small dose of the stuff will lead your dog into hypoglycemia. It is a medical situation wherein your pet dog experiences a sudden and potentially fatal decline of blood sugar.

Another type of peanut to look out for is salted peanuts. Peanuts high in sodium, or basically any kind of food high in sodium are not healthy for your pet dog. Not only are they at risk of indigestion, if not looked after early on, could lead your dog to have kidney disease.

Can You Feed Dogs Peanuts of Any Kind?

As mentioned above, peanuts by themselves should be no issue for dogs. The healthiest kind for them would be plain peanuts, with no mixtures whatsoever.

Roasted peanuts with nothing else can be an ideal food for your pet as well. You can feed them a handful of peanuts or you can mix them alongside their usual daily dietary regimen.

Xylitol-free, low-salt and low-carb peanut butter is the best choice. Usually the organic kind of peanut butter is most ideal, given that they are almost handmade through churning and contain almost no unhealthy additives and preservatives.

The downside to these sorts of peanut butter is that they do not take a long time to spoil and go rotten.

If you are still unsure as to what kind of peanuts you can feed your dog and how much of it, it is always a good idea to consult your dog’s veterinarian for they are most aware of what your dog’s nutritional needs are, as well as their health conditions and restrictions, if any.

In conclusion to the query which states “Can dogs eat peanuts”, we have come to the agreement that yes, they can, but does not necessarily mean that they should in large amounts.

Peanuts are safe for canine consumption, yet despite this, it should be noted that peanuts even in their raw, purest form still contain lots and lots of calories and fats and should not be given to your dog in large quantities.

Peanut-based products such as peanut butter is to be handled with precaution. Only feed your dog with xylitol-free, low-sugar, low-salted and low-carb peanut butter.

Raw peanuts can be fed to your dog, if they prefer it that way. Other routes to consider in going about peanuts is to roast them or fry them, using as little oil or butter as possible when doing so.

As with any other type of food, it is imperative that you feed your dog peanuts in moderation. 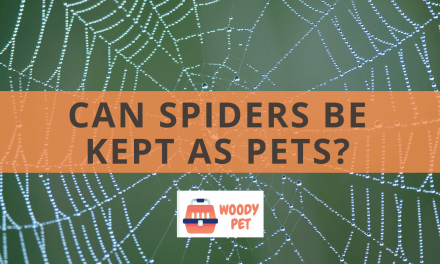 Can Dogs Eat Pumpkin? Dogs need their Halloween treats, too!