Can goldfish eat bread? Probably not, here’s why

Eating bread is one of the most common things for humans to do. It is that embedded into us that probably we would share the food we eat with our lovely and friendly companions: Our pets.

Sure, it would look like just an inoffensive to do with dogs, cats, birds and fish. The thing is, we are not made equal. Our digestive systems aren’t the same even though both have stomachs, livers and intestines, but the scale is quite different, especially in our little friends the goldfish.

You can say: But I always saw people giving them bread as a treat at ponds for instance. Yeah, true. You can in fact see that in movies! But is it any good? Can goldfish actually eat bread? The answers can be a little different and way complex than you think. Let’s find out if it is actually a good idea or if we are doing all wrong. 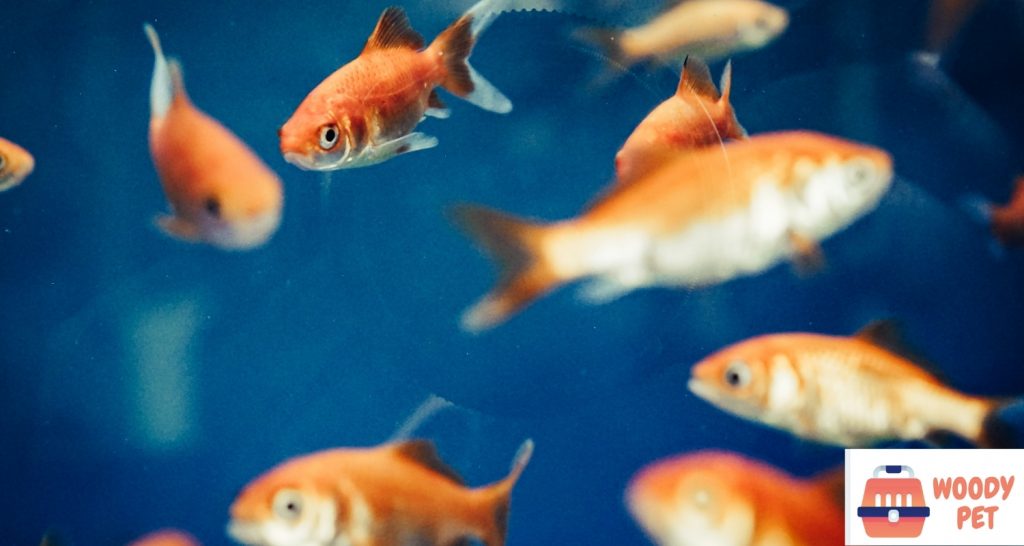 Yes, goldfish can actually eat bread. It isn’t like they cannot be able to swallow little tiny pieces of it (they have a mouth after all and for them that looks like a treat, like most pets). But obviously, there is a catch.

The issue starts when their tiny digestive system has to process those pieces. If you are familiar with the term “constipation”, you can picture that in a way smaller scale. It isn’t like their systems can process the bread passing through, it’s just that it isn’t a nice and easy thing to do. Their digestive system is not accustomed to an expanding piece of bread.

The bread can swell up in their little tiny stomach and other areas and can be painful for the goldfish. It can be discomforting for them so, don’t do it. It can be like a treat for them at first, but they would probably not like to be sick later like most of us.

Why bread is bad for a goldfish?

One of the main components of a bread is yeast. Yeast is the responsible to make our cakes and breads to rise and get spongy. Definitely a nice thing to eat a soft, spongy cake or a bread.

The thing is, while our digestive system can process yeast, that can’t be replicated on animals, especially in ones that are not familiar to this type of food. And more importantly in tinier systems like the ones in fish.

As said before, when bread passes through a goldfish digestive system, it can expand and swell up, making it painful and discomforting for the little fish. They aren’t going to yell at you about that, but you can note it in the way the goldfish doesn’t move much and passes the time mostly at the bottom of the tank.

The other thing that bread can have is gluten. Gluten is a point of contention in humans because while most people can process it, some other people can have issues with it. In a little fish is even worse than that.

The other thing is overfeeding. Apparently, the goldfish doesn’t know when to stop eating the crumbles of bread and other food you can throw at them, making it really easy to get them constipated. A big no-no then.

It is so bad and mean in fact that in the UK it is forbidden to use bread as a bait when fishing or feeding fish with it. If that doesn’t tell you that it is a bad thing to do, well, bread it is really bad for a goldfish or any other fish.

What should I feed my goldfish?

The goldfish are so similar to humans in eating the same thing over and over again. If you can’t make their diet as different from day to day, they could actually stop eating and nobody wants that (geez, they can protest as well as humans. Smart little things)

So, what should you feed your goldfish to make it interesting and definitely not boring? Let’s start with dry food. Mostly pellets and flakes are the things you can always found in pet stores, so that should be it, right?

Wrong! It is like eating an unbalanced diet. They have some nutrients but not all the ones our goldfish need. Still, it is a nice start instead of when we’re started asking can goldfish eat bread.

Time for live food. It is mostly what they actually eat when they are in the wild anyways. The best options in live food for goldfish are the earthworms and bloodworms, some daphnia and brine shrimp. They are an excellent source of proteins for your little fish, but those should be sourced from your local pet store. Don’t feed them with what you find in the dirt or in the lakes (what if those have diseases on them?)

You can give them also seafood like mussels, lobster and crab meat, fruits and vegetables like broccoli, apple, duckweed, Salvinia and seaweed. You should completely avoid food containing animal fat, cooked lettuce and uncooked peas. And most importantly, because this is what we are talking about, you should not feed them with bread. Not even as a treat.

Pretty scary, right? It seems like a very innocent to do. But it feels mostly like the issue with the fish bowls, a misunderstanding. This one though is more complex than that.

In short, the goldfish can (and will) eat bread because they do have something like teeth at their throat, but they should not be eating bread because they can’t actually process it. Their digestive system was not made for an expanding and swelling piece of food.

A constipated goldfish will look like a fish that doesn’t swim as much and it passes most of the time in the bottom of the tank or pond.

The issue of constipation can be produced easily by the inability of the little fish to actually stop eating. It can happen with a few crumples of bread or with actual fish food, so you should not overfeed them and remove the extra food that can be floating after the fish ate.