Eyesight is one of the most important senses a living being can have. It opens the door for all the good things (and the bad ones) in this round blue planet.

Humans have an eyesight that can extend up to a mile (give or take) with a lens that can adjust to get a more detailed image and a full scale of colors ranging from red, green and blue (or RGB).

Goldfish are actually not so different in the color situation. They can also see in colors with a little variant: They can also see ultra violet, something humans can’t actually see. But its vision is limited to around 15 feet only (that’s why a little but sudden movement near them can spook them quite easily.

Having said that, can goldfish see in the dark? The answer to that can be more complex than just comparing it to other animal eyesight.

Can goldfish see in the dark? 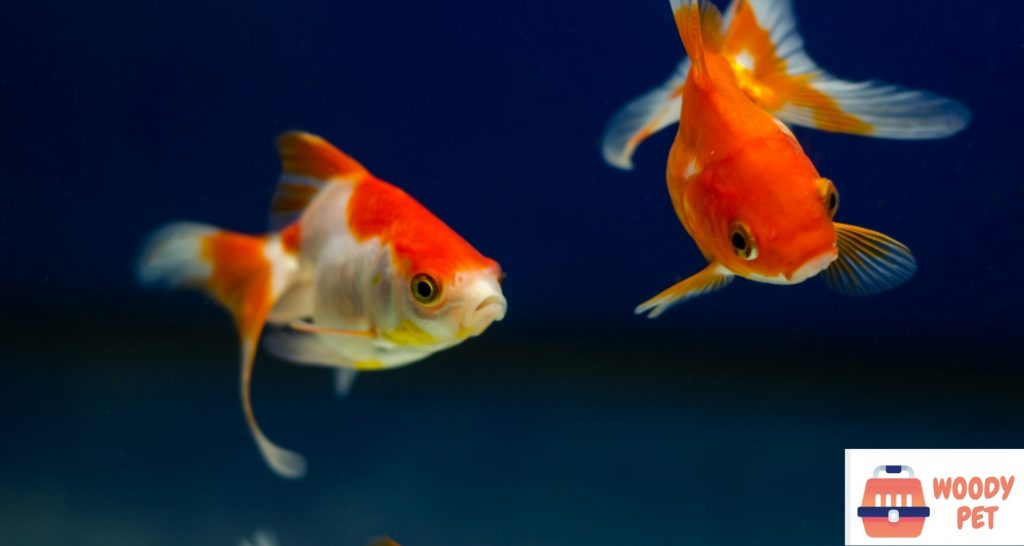 Can goldfish actually see in the dark?

While the eyesight of a goldfish can sometimes surpass the one in humans, all that changes when it gets dark.

They have the ability to see ultra violet light but not in its entire lifespan, and they are also sensitive to polarized light.

When it comes to absence of light though, the goldfish can’t actually see in the dark and they need to combine other senses like smell to detect what is around in their environment in what is called the lateral line system. And like others animals, darkness it can be the indication for the time to sleep, but it isn’t necessarily the time to do it (they do like a calm and dark environment to rest)

So, to answer the question: Can goldfish see in the dark? They probably can’t. But they would do anything to have a picture on what is around them at dark, even when they are “sleeping”.

Like other animals, including humans, the goldfish need rest as an integral part on having a healthier lifespan. It is quite an important part on the goldfish life to consider.

The goldfish can sleep but it is way different than what can we understand as sleeping. They don’t have any eyelids so, with the eyes wide open, they can still see the world around them when they are actually catching some Zs.

The way to know they are resting is when you see them hovering around the fish tank with very limited movement, their heads are pointing down, their fins are barely moving and their colors can be a little pale than usual. It is scary because it reminds you when fish are sick or even worse.

The little fish can be spooked really easily when resting though. Because they don’t have eyelids as said before, any movement or change of lighting can just wake them up. They would recover their colors and their activity instantly, but it can stress them and we don’t want that (just like if someone wakes us up in the middle of the night. They can be mad at us for that, right?)

Is darkness important for a goldfish?

Yes, darkness is really important for a goldfish the same way it is for us and other animals. It is the time of day when the body prepares to get rest and for goldfish it is a good time to do that, when everything is dark and very quiet.

Having a light on all night in the fish tank can be a bad idea while preserving the life and well-being of a goldfish. Because light can indicate the day is not over yet, the goldfish can continue with its activities and get restless and stressed out (yes, even goldfish can get stress out).

Light every time (including at night time) can also have harmful effects in its eyes. Remember that they don’t have eyelids and, even worse, they can see UV light with that meaning they can absorb it. In the long run that means a diminished eyesight that can be manifested, for instance, by cloudy eyes, especially in varieties like telescope, celestial and bubble eyed goldfish.

Yes, goldfish can see polarized light. Better than that, they can actually use it to its advantage.

When they are in the wild, the way they interact with polarized light allows them to literally hide from predators by avoiding certain reflections.

The polarized light can carry information like location, proximity to other fish and objects and orientation. They can actually see you when you are about to feed them and the better explanation to this behavior has to be with its sensibility to the polarized light.

It is so interesting and fascinating that in fact, there are some military research about the behavior goldfish are able to pull off and the way it can be incorporated in submarines, to make them able to “vanish” to enemies, quite an important feature to have in a stealth combat machine. You would never have imagined that something as little as a goldfish can serve as inspiration for a high tech, very complex machine.

Can goldfish see in the dark conclusion

The eyesight in goldfish is quite a fascinating theme to investigate. There are so many ways in which eyes in goldfish are just far superior than the ones in humans. And in other instances, they just can keep up in what human eyes can offer.

When it comes to darkness though, they just can’t compete with anything. Goldfish can’t see in the dark. But they can improve it by the combination of other senses, especially the so called “lateral line system” present in the scales of the fish. That sense can detect variations on movement around them when they can’t see anything around them. Nice to have when there are predators out there.

And other amazing features like the ability to see UV light and its sensitivity to polarized light can help them even further around its lifespan. It is quite impressive to see (pun intended) that these little fish, with its even tinier eyes can see more that we possibly can.