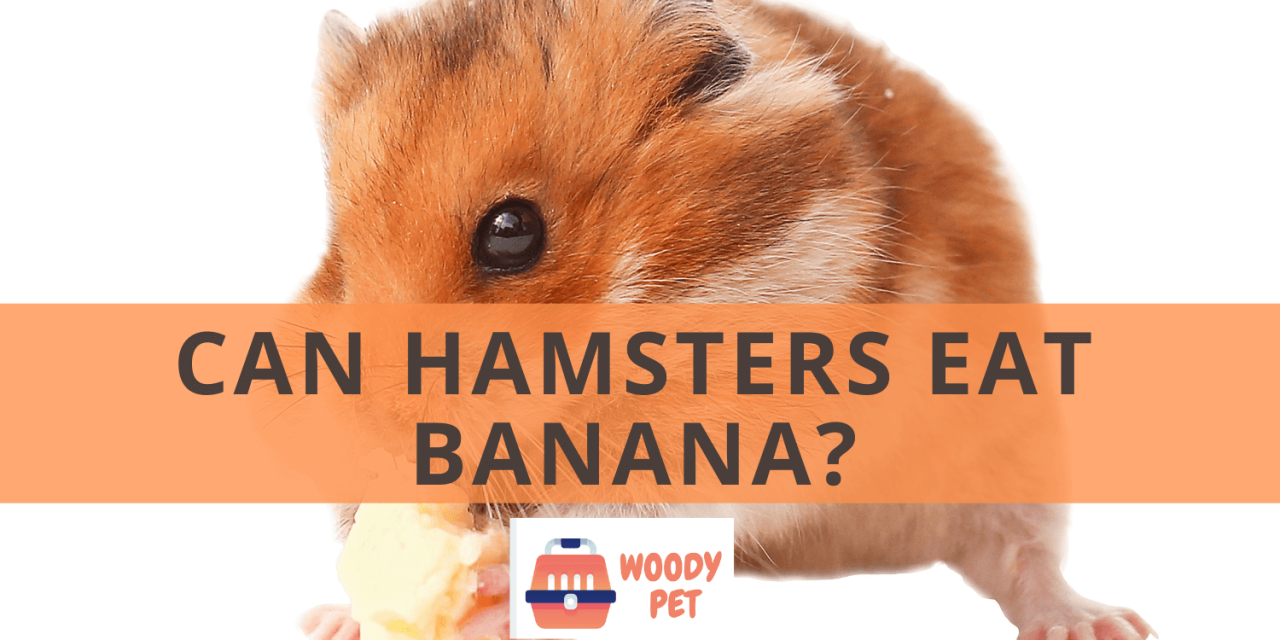 They can in moderation

Banana! The kind of fruit some weird, yellow creatures with funny voices in a certain animated movie love so much.

Contents hide
They can in moderation
What can give bananas to hamsters?
Are bananas safe to hamsters?
Can hamsters eat banana peels?
Conclusion

This yellow fruit, with a nice, sweet flavor is a preferred type of fruit for some mammals, where also humans and monkeys are included.

When it comes to fruits, hamsters can actually have some, but you need to learn and know by how much they are actually better off eating. You may be surprised in what this fruit can actually apport and what can do to a hamster.

Today we will see if hamsters can eat banana, if it does something wrong, if it is actually good and we will also see how much you can give to a hamster and why. They are omnivorous animals which means they can eat (and will) pretty much anything. Let’s see if this feature actually applies to hamsters that can eat banana.

What can give bananas to hamsters?

The bananas are pretty much very nutritive fruits and they can give many things to hamsters. Remember, hamsters can eat bananas but they should eat them in moderation. Too much is too bad for them.

Some of the things and corresponding benefits bananas can give to hamsters are: Fiber, that can help with the bowel circulation and movements, a good way to avoid constipation. Phytosterols and polyphenols, that can help in various things in the body of the hamster like for the circulatory system and to treat inflammation and antioxidants, to prevent aging.

Other things that may include are: Potassium, the main nutrient of a banana, helping with electrolytes. Vitamin B6, for making most metabolic functions go smoothly. Magnesium, for muscle recovery and to improve the brain action and serotonin and tryptophan, known nutrients to make the brain work better and improve the mood of your little furry friend.

Are bananas safe to hamsters? 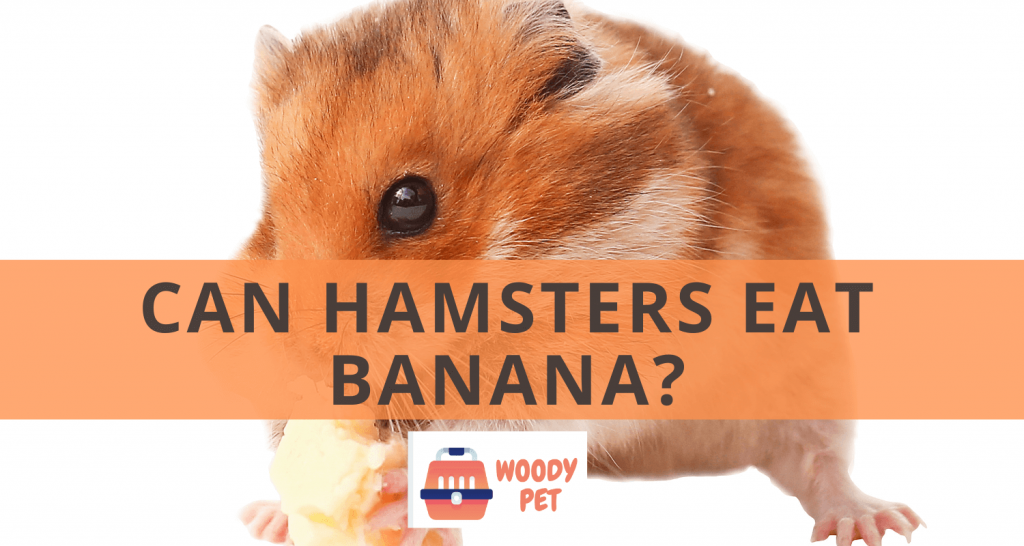 There are not studies that say the contrary so, yes. Bananas are safe to hamsters. But like most things in life, it depends. There are many variables to take into account when giving a hamster new food, fruits like bananas and other changes in its diet.

The hamsters can eat bananas because they are omnivorous creatures. As said before, this allows them to eat almost anything they find eatable. But that does not mean they can eat anything they want in large quantities.

Bananas, and all fruits in general (and also sweet foods) should not account for more than 10 percent of the hamster’s diet. And in a daily diet of just 12 milligrams, that does not mean that much. Pretty small pieces of this fruit can be amazing as a treat for your little furry friend.

Even though bananas can help with constipation, they can also cause diarrhea. So, moderation is key in order to avoid that. And also, trying a diet should always go slow when starting with a new meal. That could be the cause of most of said diarrhea events.

You would not believe that, those banana peels that we throw out because they are not edible, could be actually pretty good for hamsters. Yes, hamsters can eat banana peels.

What you need to know about banana peels is that they have the same or more amount of nutrients, minus the sugar of the banana, and for hamsters that already can eat bananas, these are actually far better than the fruit itself.

Banana peels, while not being edible for humans, have more fibers than the fruit itself (even when the banana itself is quite the queen in fruit with fiber) and does not have that much sugar. It is funny to see them eating the little pieces like a super treat, even though we do not actually eat those peels.

You can give little pieces of an organic banana peel, the ones that come directly from a plant and had not been treated with so many chemicals, and see how it goes. It can go well with your hamster (asking you for more, careful with this) or go not so well, and your hamster outright rejecting the thing.

At the same time, if you give them too much of said banana peels or if your hamsters do not actually tolerate bananas, the things can go very wrong inside your little pet’ stomach.

Remember that maintaining a balance in what your hamster eat is important. Too much of any type of food can lead to diarrhea and the dreaded wet tail, that can be actually be fatal for a hamster.

Also, too many sugary foods and fruit could lead to metabolic complications like diabetes (yes, the same thing that can happen to humans that eat too much sugar) that can be so detrimental in your little pet’s health.

When everything reaches its end, that end meaning your hamster would not eat whatever is left of the banana peels, you should remove it from your pet’s cage. The banana and its peels can start to rot very soon and that can produce bacteria. And as you know, bacteria could also produce some illnesses.

In conclusion (duh), hamsters can eat bananas and hamsters could like bananas very much, mainly because of their sweet flavor. It is an amazing treat that can be very nutritive, or be very bad if your hamster does not actually like it or if you feed it too much of it.

As every other diet you would try to change, you would need to go slow and steady while testing a new food. Sometimes your hamster, or other pets like cats or fish, could not like or be allergic to said food and have diarrhea in the process. As a good owner you are, you would probably do not like that to ever happen to your pet, right.

And finally, banana peels are amazing for the amount of nutrients that a thing we consider to be waste can actually provide. Less sugar, but more components for a healthy diet make banana peels a perfect treat. Just remember to give them in moderation and get rid of them if your hamster left some behind. 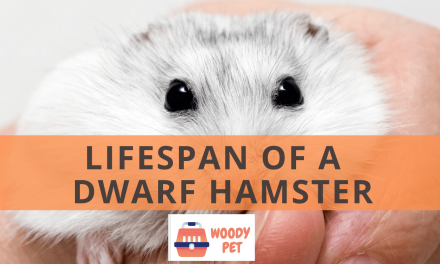 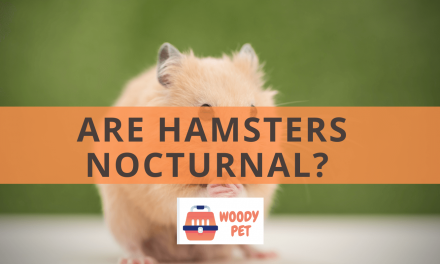 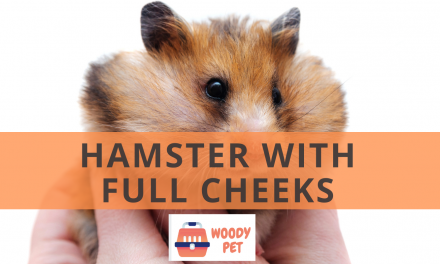 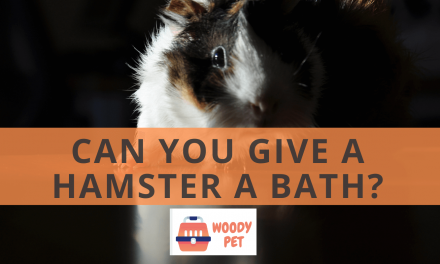 Can you give a Hamster a Bath?