Can horses have twins?

Can horses have twins? Double Trouble

Twins are always a joy for human beings. Two in one! There are many animal species that give birth to healthy offspring that is from the same pregnancy. It is a natural thing for these animals just as it is for humans. But this experience may not be the same for horses. One would wonder, “Can horses have twins?” Horses can have twins, though it is not very common. Twin pregnancies in a horse happen when an ovulating mare produces an egg from each of its ovarian follicles either a few days apart or at the same time. When these two eggs end up being fertilized, the result is two embryos. For a fertilized egg to split and form identical twins is a rare occurrence.

What are the odds of horses having twins? 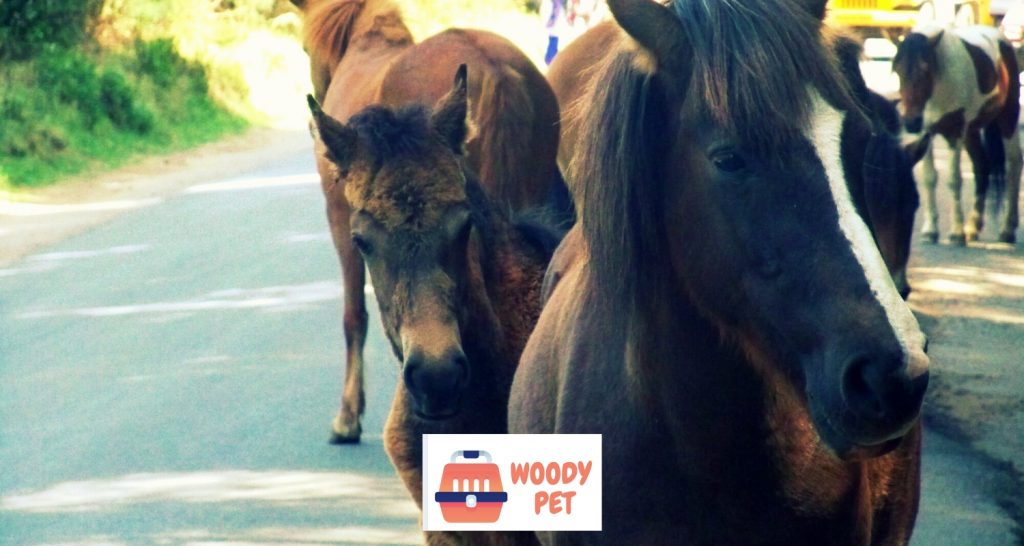 Horses can have twins, but the rate of twin pregnancy in horses is between 3 to 30%. This rate is dependent on the horses breed. One would ask, what are the odds of horses having twins? This rare chance would be one in 10,000 horses. However, in the very rare cases that occur where a mare gives birth to the twins, the foals are likely not to survive beyond two weeks of being born. The weight of the two foals combined is normally equal to that of a single foal that is normal. These foals that are born as twins do not attain the normal size and weight that a normal foal born on its own can. Horses have twins but it comes with early death of the foal, stillbirth foals, abortion or even reproductive efficiency that is reduced in the mare.

Can horses have triplets?

For horses to get twins is rare but can horses have triplets? This is an even rarer occurrence for horses. Having triplets would not have the physical capability of carrying the triplets to term. If at all a mare could handle carrying three embryos in her uterus, the embryos would not manage to get to the full term. The triplets would not have enough space in the womb and therefore they would not be able to get the nutrients needed to survive and be born alive. The odds of a horse having triplets are one in 300,000 horses.

How to tell if your mare is pregnant with twins

All mares that have been bred should have an ultrasound done for the first time between 14 and 16 days after the breeding. The fertilized egg of a mare and the surrounding membranes and fluid can be detected through the ultrasound as soon as 11 days after the ovulation period of the mare. This may however be too soon to detect an embryo that is about 8 days old and cannot be detected by the ultrasound. From 14 days after ovulation is the right time to do an ultrasound as any other embryo can be detected. This also allows for a mare that has not fallen pregnant, and then it can be rebred after about 20 days. An ultrasound is the best option on how to tell if you’re mare is pregnant with twins.

Your mare is having twins. What next?

When you find out that your mare is pregnant with twins, the best option is to reduce the pregnancy to one and the best time to do this is during the early period of the pregnancy. This is done by removing one embryo from the pregnant mare. The procedure that has been recommended or reducing the pregnancy is by crushing one of the embryos, and this can be done by using your hand manually. It should be done 25 days after the ovulation period as doing it after 25 days the embryo becomes more difficult to crush as it is larger, and crushing one might kill the other. A theory behind the death of the other embryo is that when one embryo is crushed, the fluid it releases will go under the embryo that has remained and it will lift it from the uterine floor. This will cause it to not have contact with the endometrium and it cannot access its source of nutrition. The chances of having a pregnancy and delivery that is normal after this is increased significantly.

The trouble with twins is that for twin pregnancies that are still present after 40 days, a large percentage of up to 80% will eventually abort. This mostly happens after the mare has been pregnant for eight months. If a twin pregnancy is detected months lasted in the pregnancy, there are ways that can be used to have the fetus that is growing removed. The procedures used for this are however difficult and may also cause an abortion in the mare. Horses that get pregnant with twins have very high chances of getting complications. This can put both the mare and the twins at risk. There is no established way to reduce or prevent twin pregnancy from occurring in horses. What one can ensure though, is to have an ultrasound sound done early enough to detect whether a mare is pregnant with twins.

Can horses have twins conclusion

Mares that have had twins have a higher chance of getting pregnant with twins again. As you have seen, it means trouble if a twin pregnancy is not detected in the early days and reduced to a single pregnancy. It is not advised to allow a twin pregnancy to progress to its full term as it poses great risks to both the embryos and the mare. Managing a situation where a mare gets pregnant with twins is not only effective and easier in the early days of the pregnancy, but it is also safer. The next time you hear the question “Can horses have twins?” make sure not to forget to mention how risky and expensive allowing a horse to get twins is. The chances of failure are very high and nobody wants to go into something that they will fail in.