If you have ever come across a spider in your sink or in your tub then you have probably tried to wash it away. Sometimes while doing so you might have wondered can spiders breathe underwater? Can spiders swim? The truth is that if you hit a little house spider with fast-moving water from your faucet chances are it won’t survive. But still, it is worth learning if there are actually spiders who can swim and even breathe underwater.

It would certainly shock some people if while gazing into the depths of a pond, among other insects that whirl beneath the surface they see a spider. Arachnophobic divers will certainly not be happy to see that. Well, prepare yourself because there is a spider species that has this ability and if you want to know more about them, just keep on reading!

Some spider species are covered in water-repelling hairs which help them trap a bubble of air around their abdomen when they dive underwater. Since they breathe through spiracles found on their abdomens, this allows them to breathe underwater. They can breathe as long as they have oxygen in their bubble. There are even species of tarantulas that are known to sometimes hide underwater.

But the best at breathing underwater or as some would like to call them eight-legged scuba divers are the diving bell spiders. They breathe underwater with the help of an air bubble which acts as an oxygen tank. That way they spend most of their life submerged underwater. This spider lives in still freshwater found within central and northern Europe and northern Asia. 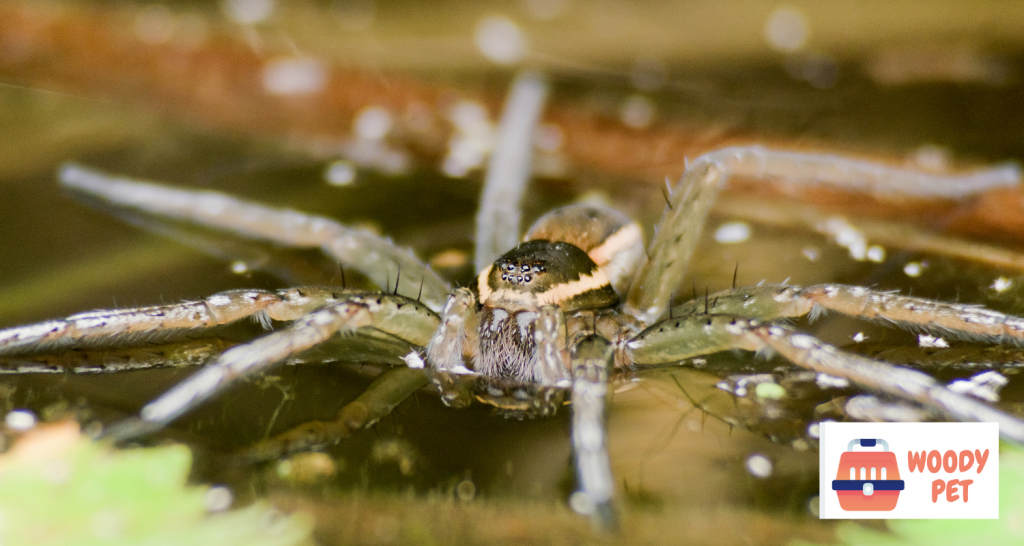 It often spends almost a whole day underwater, and it will only briefly come above in order to gather more air before submerging itself again. By being able to stay still for so long and not having to go to the surface to renew their air bubble all the time, these spiders are protected from predators and also stay hidden if there is potential prey nearby.

These spiders eat mosquito larvae, small aquatic insects, and very small crustaceans. It’s important to know that their bite is not poisonous to humans but it has been reported that it is extremely painful.

Besides the diving bell spider, some species that rather prefer to live in a dry environment can sometimes be spotted running across a small body of water or they can handle getting a bit wet. So if you ask yourself can spiders breathe underwater? – Know that besides diving bell spiders most of them can’t, but they can certainly run away if you only hit them with a few drops of water.

How Long Can Spiders Hold Their Breath?

A lot of people believe that spiders can hold their breath because they have seen them often surviving a spray of insecticide. Throughout the years, this has become a very popular myth. When you ask people can spiders hold their breath? – They almost always answer positively. But the thing is that spiders and other insects can’t hold their breath because they also can’t breathe like we think they can. They don’t actively pump air in and out of their lungs like e humans do. They have two types of “breathing” systems.

The first is called book lungs, which have little to no resemblance to the human lungs. The second system is composed of small tubes which expand out called the trachea. These tubes branch out from the book lungs and spread throughout their whole body. However, some spiders have one or two so called book lungs while other may have none – they have only one trachea. 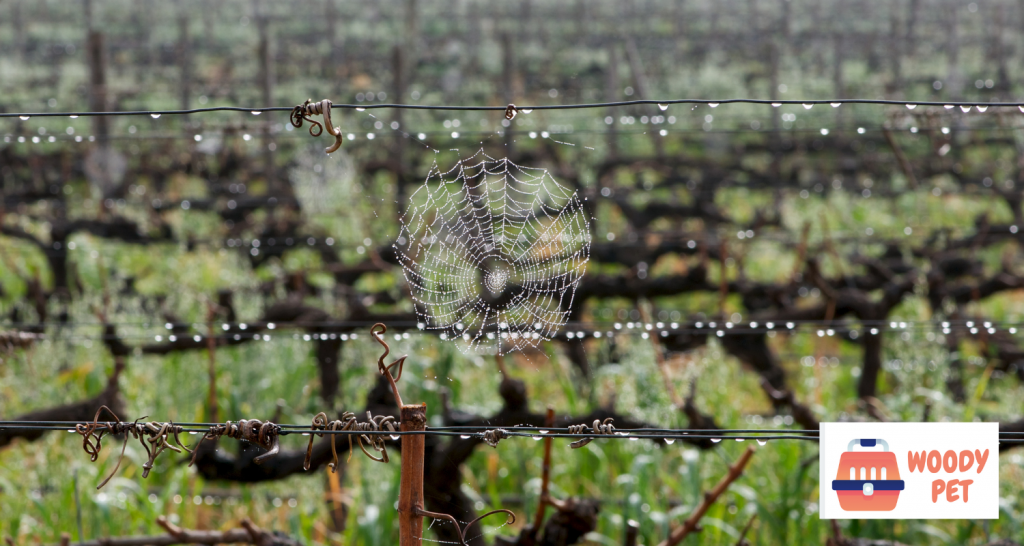 So, since spiders can’t hold their breath and don’t breathe the same way we do, then why can they survive some things that other animals or insect can’? The reason behind this is that sometimes their body hair can entrap some air. This air proceeds to form a kind of a film which can exchange oxygen and carbon dioxide with the water. This doesn’t work for a long period but it can do the trick for a few minutes. So can spiders breathe underwater or can they hold their breath? – Not really, but they can certainly manage to last a few minutes underwater if they are hiding or feel like they are in danger.

Well, some better than others. Spiders swim a lot like we humans do, meaning that they kick their legs, but how good a spider can swim mostly depends on what species of spider we are talking about. For example, the Northern Tree Funnel-Web spider and the Tarantula are less adept at swimming, they are very clumsy and awkward in their swimming. They mostly put a lot of effort trying not to drown.

On the other hand, the Diving Spiders can swim with little difficulty, and even at times, they can dive underwater. Then we have the Diving Bell spider which we already talked about. So when talking about can spiders breathe underwater or can spiders swim, we can easily call the diving bell the Michael Phelps of the spider world.

When it comes to the query, can spiders breathe underwater? – The answer is a little more confusing than you might have expected. While most spider species are not really capable of swimming or breathing underwater, some can even survive up to an hour of being underwater, with the diving bell who certainly takes the cake in this discussion spends almost all of its time underwater.

But as we said, most spiders can’t swim so if you are flushing a spider down the toilet or blasting it with water in your sink or in your shower, don’t worry no arachnid is strong enough to swim back. But when talking about them it just goes to show how evolved they are and how they have learned to adapt to the different conditions around them.