They could be masters!

Today’s topic is ghillie suits. Why ghillie suits you may ask, especially when these articles relate mostly to animals, right?

Well, the ghillie suits are the sickest, most ingenious way humans can hide from armed enemies in some military operations. The idea behind them is to blend into the nature around us, to make it harder for enemies to spot us. Basically, camouflage we can wear for that purpose.

But we can’t hold a handle on what other animals can do in order to hide from predators or, in the other way around, when they are hiding from prey that would be hunted down soon enough.

What about spiders? Can spiders camouflage? We would see if the spiders can actually be good at this art of disguise and if it is any helpful at all when escaping predators or while hunting the next food they will be eating in minutes.

Can spiders change its color to camouflage?

While most spiders can’t do this, there are some species of spiders that can change its color to camouflage.

The name is the white banded crab spider or Misumenoides formosipes, and these species of spiders can change its color from white to yellow and yellow to white, according to a study.

They could take as little as 3 days to change its color entirely and extend to up to 9 days. This though can’t compete with the likes of chameleons and octopuses, that only need a couple of minutes at most to complete a change in color. 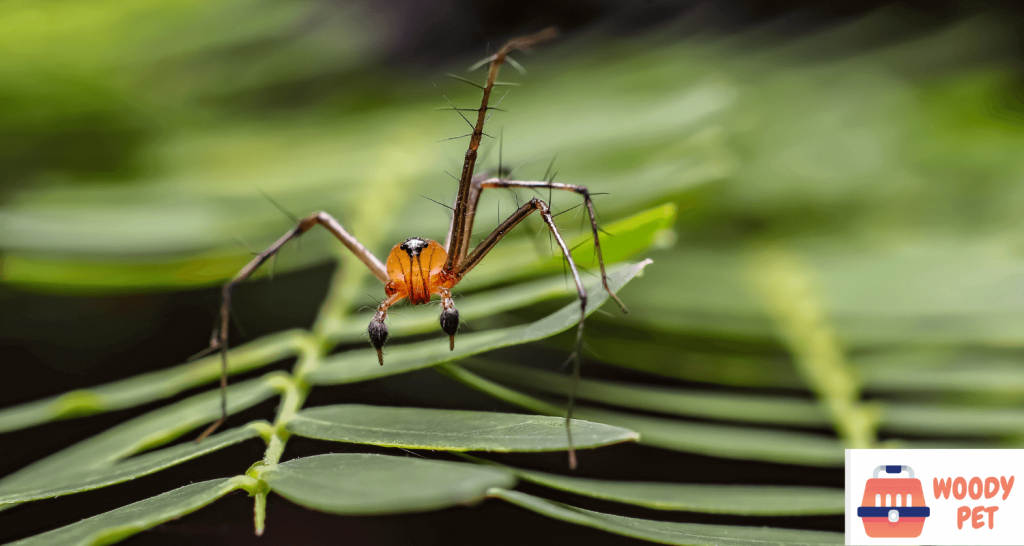 Normally, it depends in their environment. You need to put in the shoes of these arachnid creatures and ask if they are hunting or being hunted. In any case, camouflage can be a good idea.

When hunting, many spiders would just hide in plain sight. After all, they have many colors that can blend in to the surroundings. Brown spiders can hide in tree branches, green ones in the leaves, colored ones in flowers, you get the idea.

But when the papers reverse and they are being hunted by chameleons (ironically enough, the kings of camouflage), birds, frogs and other enemies so to speak, they try to just get out of the way. Trying to stay stealthy may work out for some situations, but staying out of trouble may work best.

Some other species of spiders would instead be using their agility to hunt their prey or to avoid attacks from predators like the jumping spiders. They would literally to their prey after look at them, calculating its movements until the right moment and, when the tables turn, their agility could get them out of trouble.

Can spiders change their skin?

While spiders can camouflage, the action of changing their skin is quite different from camouflage. And the thing is, yes, spiders can change their skin and they would do quite so many times during its lifetime.

The process of changing its skin is called moulting or ecdysis, process in which the spider would shed its old exoskeleton in favor of a bigger, spacious one. This alone would mean that the spider probably would not fit the entirety of the newer one, and it would look like it is wrinkled or something like that.

However, it is meant to be filled during the next stages of its lifespan, where the spider would go again into this process so many times before the spider reaches maturity. This would happen between five to nine times, although that can vary between species and sexual genders of spiders.

The spider would crack its old exoskeleton open by contracting its abdomen (or opisthosoma) and sending most of its fluid to the prosoma (or cephalothorax). Then, its carapace would break free while still being attach to the back, time when the spider would get its limbs free and would hang from a new thread of silk, attached to the main silk thread that started this whole process.

Sometimes for some species of spiders, this would be the time to mate. When the spider is a callow, it is very vulnerable. Its new exoskeleton would take shape and start to get harder and harder while the spider dangles.

During the callow stage, some species of male spiders, especially the ones from the Synema species, would mate the female in that state, mostly because they can’t eat the male when that is happening. Well, that is one of the reasons why before is said that “spiders are very vulnerable when they are a callow”.

After all this ordeal, the old exoskeleton would be hanging around the silk threads, while the spider would be enjoying its new armor, even if it does not fit properly.

In conclusion, spiders can camouflage. There are many reasons for why they decide or not to do so, but this action can be important to secure survival, while being either a hunter or even while being a potential prey.

In the latter, it is mostly difficult to pull a good camouflage off if there are some threats around. It does not mean that it can’t be done, but spiders would prefer avoid confrontation of any kind if it is possible.

But when they are the hunters, oh boy! They can make use of color changing techniques (in the case of the white banded crab spiders), they can hide into the environment by using their skin color and they could also avoid the camouflage entirely and go with calculated but precise movements to take down their prey.

Spiders are definitely aware of the methods around camouflage and, while they can’t change their skin like we can switch to a ghillie suit, they would hide into the ambient without any possibility for you to notice.