Can spiders change colors? Some can

Today let’s talk about the art of camouflage. That spotted coat that leopards have to chase and take down soon to be prey, those leaf-like wings that katydids have, the way the soldiers in the artic or the jungle, or the sniper guys with their ghillie suits get covered by the clothes they wear with the nature around them, or how the chameleon changes its color to literally hide, the camouflage can be considered as an art.

But for animals though, it is more than that. It is for survival, for hiding from predators or vice versa (in case of some like the leopard example above)

When it comes to spiders, it was thought that there were not any species of color changing spiders. But nature definitely proved humanity wrong. So then, let’s see if can spiders change colors and other related questions to solve and answers to give.

Using the power of Adobe Photoshop of all things, researchers from an US university were able to see that some species of the crab spider, most specifically the white banded crab spider or Misumenoides Formosipes, can actually change its color from white to yellow and vice versa.

While going from yellow to white was difficult enough for the spiders, the other way around, to hide in plain sight in top of yellow flowers, was easily reachable by female types of these spiders. A possible reason for that is that morphing from white to yellow is less physiologically destructive than the contrary. This alone can answer if spiders can change color.

Another thing they noted is that females are way bigger than males in these types of crab spiders, making a rare instance of sexual dimorphism across all the animals. Females can be as big as 20 times the size of males. Just imagine your best friend being 20 times your size.

How long does it take for spiders to change colors? 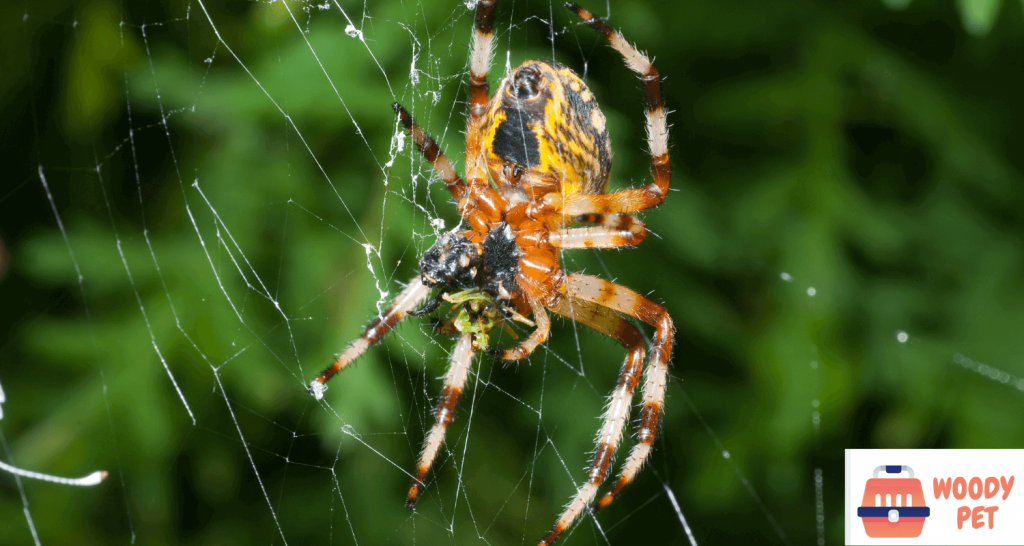 Continuing on the color changing abilities of the white banded crab spiders, let’s find out how long does it take for spiders to change colors?

When it comes to spiders that can change color, the white banded crab spiders are now known to change from white to yellow and from yellow to white in a period around 10 to 25 days. It is quite impressive to know that these species of spiders can actually take close to a month to change their color while their lifespan is around the one year or more mark.

There are however some reports on the web that claims that some species of crab spiders could only need just three days to pull this ability off. Though, it is a claim that does not have a good reference or proof.

This is nothing that can hold a candle near what chameleons can do in less time. The chameleons can take around a couple of minutes to just change the colors of their skin based on the environment around them.

What colors can spiders be?

When trying to get an answer for if can spiders change colors, you would probably have wondered: What colors can spiders be?

While this question being different from the main question, the colors a spider can be are really numerous and impressive. Remember, we are talking about a species of animal that have around 30000 or more known members. So, the possibilities are endless here.

There are so many reasons in why spiders can be found in so many variations of color. Most predominant ones are the natural pigmentation, structural color and colors caused by guanin deposits on their skin.

They can have just one color in the entire body, or a mix and match of colors. They can have spots, lines, different shapes in one or more colors to make contrast with the color on their skin. These colors can also mean danger in order to deter predators (or to lure prey) from attacking them.

Brown or tan are common colors among spiders, including some of its most venomous and aggressive species such as the Brown Recluse, Wolf Spiders, Hobo Spiders and Mouse Spiders. Also, Black spiders often invoke fear, due to the name association with the deadly Black Widow spiders, so named due to the female of the species eating their partners after mating. There are however thousands of species of black colored spiders found all over the world.

Grey is also a common color in spiders. They can come in many shades of grey, ranging from greyish-brown or black, grey-white to silvery white. The Common Grey House Spider (Parasteatoda tepidariorum), better known to as the American House Spider internationally, is extremely common all over the Western Hemisphere (it is actually in the spider’s name!)

And speaking of white, we already talked about a normally white spider, the white banded crab spider, the only species known to be able to change colors. And, apart from that, you can find some other species of spiders that can be as colorful as you can imagine.

So, can spiders change colors? The answer to that is a resounding yes. But with a catch.

It is only one type of spiders that are able to pull this ability off, and those are the white banded crab spiders or Misumenoides formosipes. These tiny spiders can change their colors from white to yellow and from yellow to white, although with some difficulty in this last change, to hide from their prey, around flowers. That is probably why they are also known as flower crab spiders (duh).

It is a shame to see that just only one species of spider is able to have this ability to change its color, but that is something that nature can actually still surprise us some day in the future. Remember that spiders are quite numerous around the world, with around 30000 species well known by scientists, but with estimates of around 100000 or more species that has not been discovered yet. Color changing spiders may appear later on.