Can spiders cross breed? They can’t do that

Today let’s talk about a very technical and controversial topic: Hybridization. What does that mean at all and if it is any good to the involved animals?

Well, in simple terms, hybridization is the process of making a species of animal or plant cross with another species of similar characteristics, normally to get better features or even some for looks only.

Contents hide
Can spiders cross breed? They can’t do that
Can you breed a spider with another species of spider?
Can different species of spider interbreed with each other?
Why hybridization is bad in spiders?
Conclusion

While hybridization can happen naturally, like when a male donkey and a female horse make a mule, some of the cases can be attributed to human intervention. Sometimes it can be to get better yields of a plant for food or to get better and more capable animals, but this can lead to genetic erosion in which the pure breeds can suffer and even go extinct.

But what about spiders? Can spiders cross breed and become hybrids? Let’s find out if that is even a possible thing to do.

Can you breed a spider with another species of spider?

In short terms, no, you can’t cross breed spiders. You can’t breed a spider with another species of spider and, even if you try with natural methods, that would not work at all.

When talking about “natural methods” it is like introducing the two types of spiders into the same container and that alone would be a blood bath. The two or more spiders in contention for the territory would literally fight to the death, and not care about you and your ideas of cross breeding.

Even if they are almost similar, like two types of tarantulas, this behavior would take prevalence and they would literally kill each other to impose dominance. Again, spiders can’t cross breed.

When talking to actual hobbyists, the ones that are doing these kinds of projects, the website Tom’s big spiders tell us that: “even a few successful crossbreeding projects could negatively impact the hobby. It’s impossible to summarize just how much the hobby has been polluted by crossbreeding, as much of it occurs accidentally and with no ill intent. Few keepers double-check and cross reference their animals with published species descriptions to ensure that the species they obtained is labeled correctly.

There are plenty of instances in the hobby where a keeper is sold what they think is species A only to discover (sometimes accidentally) that they have a different spider. And with spiders yielding clutches of hundreds and even thousands of slings, a few accidental hybridized sacs could have a considerable impact on the hobby.”

Can different species of spider interbreed with each other? 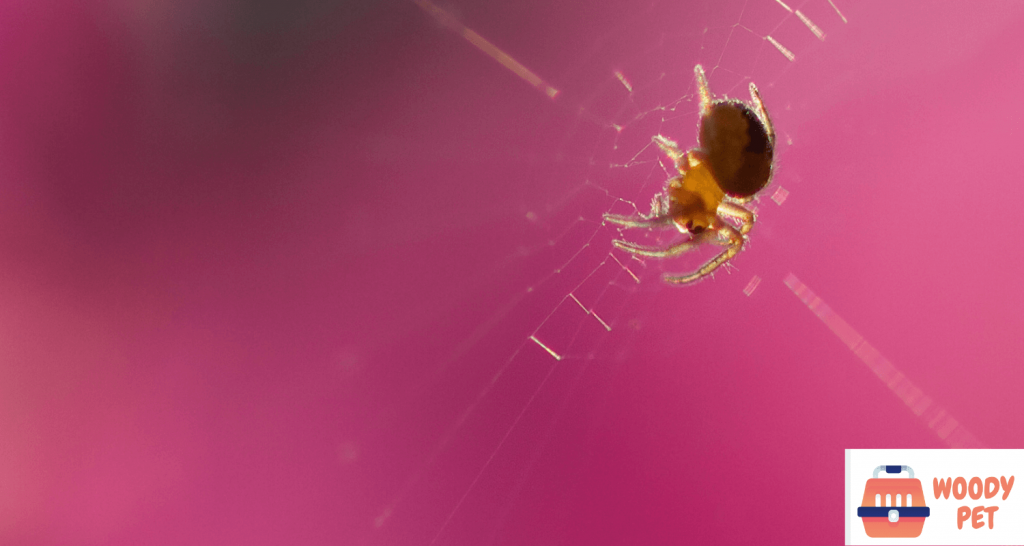 While this sounds like exactly the same question as before… Well, it is. And the answer is vaguely the same: In the wild, different species of spider can’t interbreed with each other. But in the lab or at hobbyists’ home can be a little bit different.

A page of questions and answers says it clearly: “The square peg simply won’t fit in the round hole, to put it in another way” And while this is oversimplifying the issue, the idea and the answer go around that thought.

Spiders can hybridize, just like most other animals and plants would do. Remember that everything is possible in this world… Unless it is the nature dictating the rules of the game. So, for that in the wild, spiders can’t cross breed.

Why hybridization is bad in spiders?

First of all, the hybridization is bad in spiders because spiders can’t cross breed at all. They are not compatible between different species of spiders and such, they could actually kill each other in the process if forced, as a mechanism of defense of their territory, like most animals would do when confronted by an intruder.

The most important reason for why is it so bad it is the same as for some other hybrids. While some can be helpful, you would be erasing the “pure” genetic code of certain species of spiders. What can happen is that, if said species of spiders would face extinction for some reason, you could not use your supposed hybrid ones to restore that population, making extinction unavoidable.

There is so much debate about this last topic in the tarantula breeding community. It is such a controversial theme with very marked opinions: The ones that do not understand what is all the fuss about when they can do whatever they like to their breeds of spiders.

And the other ones that are worried that, by doing so, you could be limiting the possibilities of recovering a particular species of spider if extinction nears around it. And with all this world changing because of global warming, that is a real worry to have, especially if you love spiders so much.

Global warming is a real threat to the survival of many species, including spiders. And that does not have to affect spiders directly. Just by making life harder for the insects that are the normal prey for a spider, the effects of global warming can hit spiders just as hard.

Stopping with the technical and controversial writing, the answer is just one and very clear: Spiders can’t cross breed. And even when forced, they would literally destroy each other in search of dominance of a territory.

According to some websites, this has been tried over and over again, with not so many progresses whatsoever. It is just the way it is after all. The spiders are not created equal and even if they look like equals, they are not.

Why is it so controversial then? Well, it is because of what can do to spiders that can be threatened to be extinct, a thing that can be solved by releasing some spiders that are, in a way, “pure breed”. But if someone already messes with them by trying to make hybrids, the spiders would be useless to recover the ones in danger of extinction. We will see how all this pans out in the future of spiders.