Can Spiders Fly Too?

The Flying Spiderman: Can Spiders Fly Too?

Anyone who has followed the Spiderman franchise very closely would tell you that flying is one of the easiest things that the beloved Spiderman character is able to do. With the aid of its elastic web, Peter Parker is able to climb multiple walls and fly through various spaces with so much ease on its way to save the world. However, we do know that is the fictional Spiderman, and some of those things might not be real or they may have been greatly exaggerated. The question now is, can spiders fly?

To put it simply, yes, a spider can actually fly. After all, the legendary Peter Parker character was developed with most of the features a spider possesses, and one of such features is flying. A spider can fly with so much ease, and what is more impressive is not just the ease with which it can fly or the height to which it can attain, but the longevity and the distance it can cover while flying. The truth is, a spider could easily compete with some species of birds when it comes to flying and the distance it could go as it flies. To properly understand spiders and how they are able to fly, this article would be offering an in depth guide that you would find really informative and engaging.

How Do Spiders Fly? 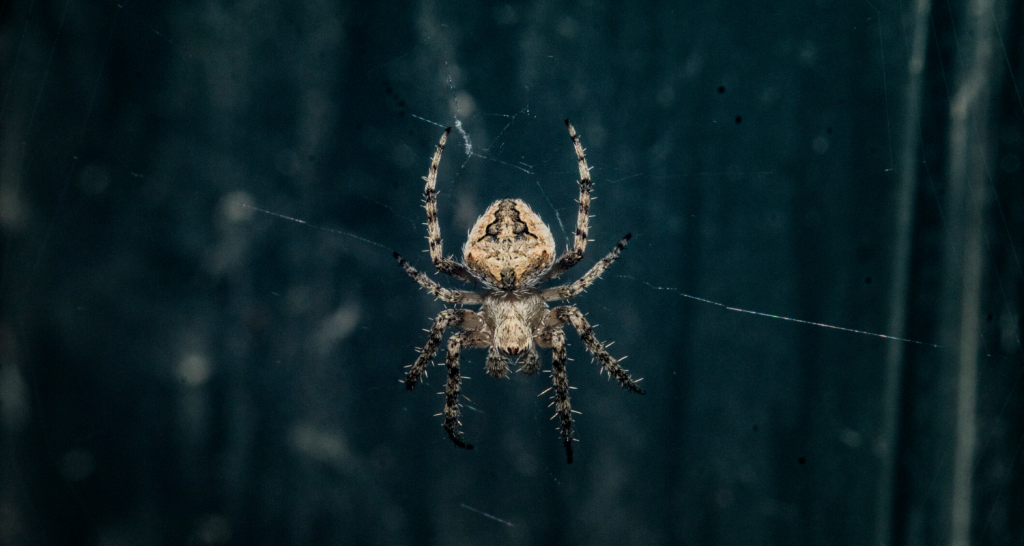 Before we go into other areas, it is important to understand how spiders fly. After all, these are some very small creatures without wings. How then are they able to fly so well and go over such enviable heights that even birds can’t dream of? Well, we have the answers for you. According to scientifically proven facts, spiders use a method known as ballooning or kiting to fly and glide through air and spaces. Now, to be able to execute this ballooning, spiders are able to understand and sense the earth’s electric field, and now use it to glide and fly through the air and spaces, and they could go as high as a thousand miles above sea levels sometimes, which is absolutely amazing. This is something most birds cannot accomplish, and this is the kind of level where you would find an airplane. This means spiders are even able to reach the heights of an airplane. Spiders achieve this feet by producing long strands of silk that are exactly like its web. It is these strands of silk that the spiders climb and manipulate to fly through such heights without falling off. In terms of distance, scientific findings have confirmed that spiders can fly for up to three miles distance using its long strands of silk, and this is really unbelievable.

Are All Kinds of Spiders Able to Fly?

Since there are different families and species of spiders, all of which have a plethora of physiological and genetic differences, it is understandable to ask if all kinds of spiders are able to fly. After all, there are even spiders without eyes, how then are we sure that all of them can fly? In terms of the ability to fly, the truth is, all kinds of spiders can fly. At least, this is a feature that is common with all of them. However, the level (including height and distance of flight) at which the spiders can fly are not the same. Some spiders are better than the others in terms of flying. While some are only able to fly a few meters and go over a few heights above sea level, others , such as the jumping spiders are able to fly over a mile and can go several hundreds of feet above sea level. So, all spiders can fly, but they do not have the same flying capacity.

How About Baby Spiders, Can They Fly?

Just like every other living organism, spiders are also able to reproduce and bring forth young ones. A baby spider is known as a spiderling, and they usually go all out on their own a few days after they have been hatched. So, are these baby spiders able to fly too? The answer is yes. Spiderlings have all the attributes of a spider and they are really ready to go out on their own just a couple of days after hatching. As a matter of fact, kiting or ballooning  is one of the ways through which a baby spider goes out on their own after they have been hatched. Their tender age doesn’t stop them from flying so high as well, as studies have confirmed a baby spider can fly as high as even birds.

Spiders possess a strong skill set when it comes to defense mechanism, and they are always on the alert to defend themselves from predators. One of the things a spider would naturally do if it feels threatened is to sting, and this sting could be deadly, even to humans. So, this makes spiders dangerous in some ways. Aside from this, the fact that a spider can fly or the height and distance to which it can cover does not make it any more dangerous than it currently is. So, yes, flying spiders can be dangerous because, they are spiders, but their abilities to fly doesn’t make them more dangerous than the everyday spiders that you might have known or come across before.

So, if you have been wondering and asking the question, can spiders fly? There is your answer, spiders can really fly, and it is not just about flying but they can fly so well, and in most cases, they even do this flying thing better than most birds and flying insects.

Of course, they do not have wings which could have formed the basis for this inquisition in the first place, but they do possess a unique ability that allow them to understand the earth’s electric field which they properly utilize in flying through the air and other spaces with the help of the long strands of silks which they produce.