The Marvel Cinematic Universe character, Spider Man is fun and refreshing to watch, but this is not the world of fiction, and the real spider doesn’t do most of those things Peter Parker is so good at doing. In spite of this, spiders are a unique group of organisms and they are capable of doing a lot of things. For instance, it has been scientifically proven that a spider can smell, feel and taste. This shows the level of their sensitivity, and it begs the question; can spiders hear?

Again, science has all the answers that you are looking for in this regard, and we would be carefully examining this question in the course of this article and try to find out if spiders can also hear, in addition to many of the other amazing attributes it has in place already.

Are Spiders Able to Hear?

Scientifically, it has been proven that spiders are actually able to hear. As a matter of fact, this is not just limited to hearing voices, but it has also been ascertained that spiders are able to pick up music sounds, and, clapping, dragging and other audio sounds within a several meters of where they are. This is quite incredible as the word out there before now doesn’t suggest that these organisms could hear a thing. As a matter of fact, it has been confirmed by science that spiders can hear sounds from as far as 5 meters away, and this only goes on to establish the fact that spiders have a highly functioning hearing sense. The question now is, how are they able to do this? Do they have ears or any other hearing senses? We would find out soon enough.

Do Spiders Have Ears?

To be able to hear, it is expected that a living organism must have ears, as they are the most important hearing senses in all living organisms. No matter how little, ears have sensory neurons that would be able to receive, transmit, process and relay sounds from the immediate surroundings and turn them to what the living organism would hear, isn’t it? Well, this is not the case with spiders. As a matter of fact, spiders don’t have ears, and yet, they are able to hear clearly, as far as 5 meters away from the source of the sound. So, how are they able to do this? The answer is, through other sensory organs, and in this case, the hair.

How are Spiders Able to Hear? 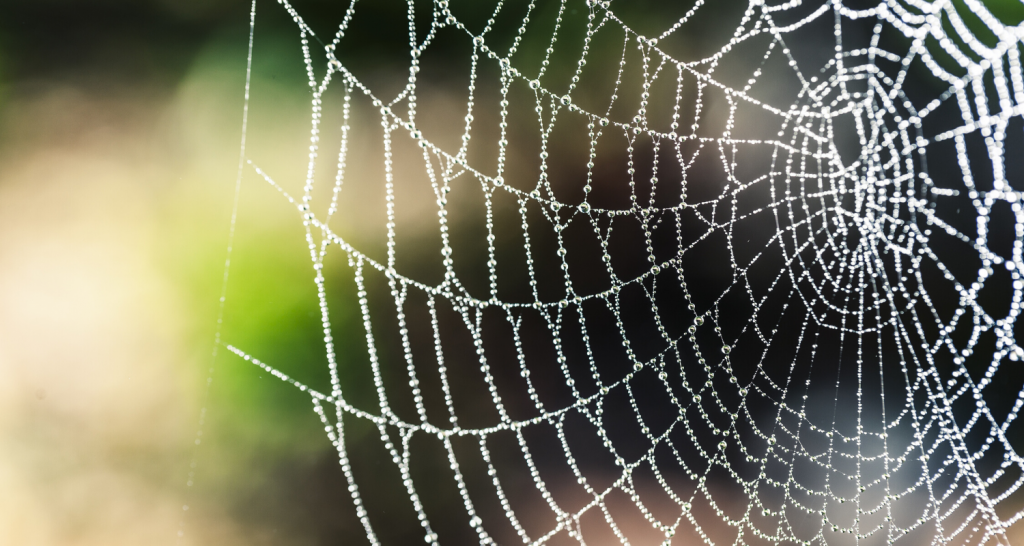 Since it has been confirmed that spiders don’t have ears, so how are they able to hear? The simple answer is, through other sensory organs, such as the hair. A spider doesn’t hear the same way as humans or most of the other living organisms hear, instead, they hear through a process of vibration. Yes, they get to hear their sounds through vibrations, and this is processed through the sensory neurons and organs in the body, most especially the hair and the leg. The sensory organs in the spider’s hair and legs are able to pick up sound vibes from the environment and transfer it to the body. Once this is done, it would be felt and the spider would immediately feel the sound. To demonstrate how advanced the spider’s hearing system is, all sound vibrations are not the same, and a spider is able to decipher the level of the sound and the magnitude of the organism that exudes it by merely feeling it. This is one of the adaptation techniques that spiders have used to protect themselves in their habitats over the years.

Since it has been confirmed that spiders can hear, one of the next question people tend to ask is whether spiders listen to music and probably if they do appreciate the musical art. Even though there are not enough empirical and scientific findings to back this up yet, it has been said that spider enjoy a good music and they are drawing to a good melody once they hear it. According to an excerpt from the Book, Australian Spiders and their Allies, which was first published in 1935, it has been revealed that spiders indeed love music and they would naturally be drawn to it, when they hear it in their surroundings. Here is an excerpt from the book, ‘Spiders are believed to appreciate good music. A captain of the regiment of Navarre was imprisoned in Paris; when he plated his lute, the spiders descended from the webs and listened to him. Pelisson, during his confinement in the Bastille, Paris, had a pet spider in his cell; it would come to him to be fed when a fellow prisoner played on the bagpipes’. If any of the claims in this book is correct, then, we can all agree that spiders actually love music and they are naturally drawn to good melodies when they hear it.

Since Spiders Can Hear, Do They Understand Humans?

Since we can all agree that spiders hear sounds from humans and even other living organisms to some extent, and this claim has also been certified by science, then, one can be forgiven to ask the question; can spiders understand humans? Sincerely, this is a valid question, but it must also be said that no one has been able to provide a valid and convincing answer to this question yet. The way we see it, we believe spiders do not have the capacity to understand humans, even if they can hear us. However, we believe science would be able to provide a valid answer in the foreseeable future.

Spiders are an amazing group of living organism with a well developed sensory system. They are capable of a lot of things including smelling, feeling, and tasting, and they have been adopted as a form of pet by a lot of people recently. And yes, you shouldn’t be asking the question, can spiders hear, going forward, as they are able to clearly hear sound waves around them.