Can Spiders Run Out Of Silk?

They could, just temporarily.

What happens when you ran out of any grocery you had at home? If you need it right away, you would go to your near supermarket to get more or, if you living in “the first world”, you just order it online and make it deliver to your door.

For some animals, life is not that easy. They would hunt, they would go out to get supplies while predators are around, they would die if they do not find as many… It can get very dramatic from there.

Contents hide
They could, just temporarily.
How do spiders make silk?
Why spiders do not run out of silk?
How strong is spider silk?
Conclusion

But what about something that they already produce in their bodies? In the case of our friends with eight legs and eight eyes, that would be the silk which they use for their webs. Can spiders run out of silk? And what can they do if that would ever happen to them? Let’s find out how that would even happen in the first place.

How do spiders make silk?

Good question. How do spiders make silk? Well, they have special organs that are dedicated to this objective only. These organs are called spinnerets and are the responsible on making some proteins inside spiders’ bodies into silk that they can use to sling around and make those impressive spider webs.

Sometimes, spiders can run out of silk, but not for a long time. The said organs would produce the required silk again and spiders would literally recycle old, damaged webs, or even mistaken ones by eating them back. These used spider webs have the same proteins and some times have other nutrients that are catch while they are on the free wind.

While it might look like spiders make just one strand of silk, they actually make a whole bunch of strands spun together like a rope. The silk is extremely flexible and can stretch up to four times its original length. And even though it’s lightweight, for its size, it’s actually stronger than steel. It’s a great material for building things.

Not all spiders build webs, but a lot of them do. Different spiders can also spin out silk in different thicknesses for different jobs. Some spiders will use the silk to go “fishing” for bugs, wrap cocoons around their young, and even travel long distances.

Why spiders do not run out of silk? 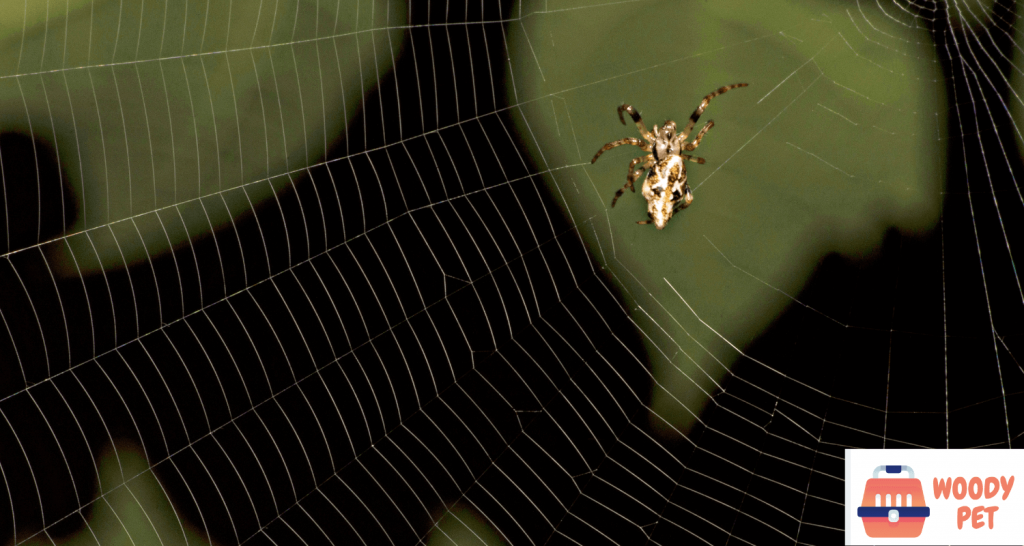 Spiders can run out of silk for some little time, but it is not as frequent as you would think. In fact, normally spiders do not run out of silk because of the said glands that fabricate the silk inside their bodies.

Silk is the reaction of proteins. So, you have a chemical reaction going on at the back end of the spider that literally spins silk on demand. The spider eats something that has got protein in it. When it goes and catches something in its web, it injects a venom into that insect that kills it by paralyzing it. The insect is paralyzed and doesn’t die instantly so it remains fresh, the spider injects digestive juices which liquify an insect.

And because an insect is like a husk, with a hard skeleton on the outside with the soft bits in the middle, the spider can literally suck the nutrients out of the inside leaving behind a dry, shriveled up shrunken skeleton. That’s why you see these sorts of husks of insects left under spider webs. All the protein and goodness from inside the insect ends up inside the spider, it digests that, absorbs it, and then the proteins go to the back end of the spider.

And they get turned into new web, amongst other things a spider needs to make. And some spiders have taken this a step further. What they’ve done is to make the process even more efficient, by eating their own web. This doesn’t do them any harm because web is just protein. By eating their own web they’re getting the proteins back into their body and they can then reuse them.

How strong is spider silk?

When talking about strong materials, spider silk is always mentioned. But why though? How strong is spider silk?

We already established that spiders can’t run out of silk for a long time, because they produce said silk inside their bodies. But, is it that material strong enough?

The silk industry still depends on silkworm silk, but scientists have lately focused their attention on spider silk because it’s much tougher.

Spiders can spin different types of silk, some of which are tougher than others. In a classic orb web (the same ones you see in Halloween themed parties), the toughest type of silk forms the arms of the frame. These arms, like spokes of a wheel, stretch outward from the center of the web.

Scientists have already figured out how to extract liquid silk from a spider’s body and to use it to spin fibers. But these human-made threads are never as tough as the ones spiders spin on their own. They are still trying to figure out exactly why and that says something. Spiders know how to do this very strong and flexible material and we want to know how to also make it.

So, conclusion time. Can spiders run out of silk?

In a very optimistic answer, you could say that yes, they could run out of silk momentarily, but their glands would kick in and produce more and more silk with the obtained proteins they have in their bodies.

Humans have always been fascinated by the toughness of this material and, even though we are able to make similar fabrics like Kevlar that are also tough, they are nowhere near on how tough spider silk actually is.

Spiders are also very good at recycling nutrients. When they see their webs damaged, with litter and debris or when they do not reach their intended point of anchor, the spider would instead eat those webs to fabricate newer ones, recovering proteins and other nutrients in the process. The spiders are actually very good at recycling, and we should applaud them for that behavior.