This is a safe and common tarantula in this hobby, so there is evidence that many people who practice this hobby, at least once in their lives have kept it. Recommended for beginners, because these tarantulas are durable, obedient, calm and do not attack.

This tarantula was the first choice of people with this hobby, but over time Brachypelma Smithi took that place. This is not a coincidence, as it is due to some accidental or deliberate cross breeding of similar species, destroying their bloodline, while Nicaraguan curly hair tarantula is said to be pure breed. Based on the data related to DNA research, it cannot be said with certainty that these are different types.

But if you buy a Nicaragua tarantula from a person who breeds them purely, you will surely get pure breed. If they are compared, of course there are some differences in their appearance, some are brown, and some are darker, ie black. What distinguishes them from other tarantulas are their long and dense hairs, making them very soft.

These are New World species, terrestrial, semi-burrowing tarantula, and as for the location in the wild, they can be found in Honduras, Nicaragua, Costa Rica, on wet surfaces or next to a river, in the bark of trees.

New World tarantulas have no dangerous venom, but their hairs can cause serious breathing problems. If they fall on the skin, they can cause itching and irritation, and can be removed with duct tape or soap and water. Due to their calm nature, they will not immediately defend themselves if attacked, because they move slowly and are not fast.

These tarantulas are especially calm and easy to keep. If you like adrenaline and energetic pets, you may not like this tarantula choice. She chooses to move slowly through her terrarium during the day, taking the liberty of moving the objects you put inside, including the bowl of water. But most of the time, the tarantula will choose a place where it will sit statically, of course unless you feed it food that it will be forced to chase. Because of this, this tarantula is easily frightened, so you should avoid holding it in your hands, but only because of the stress and not because of the risk of danger. 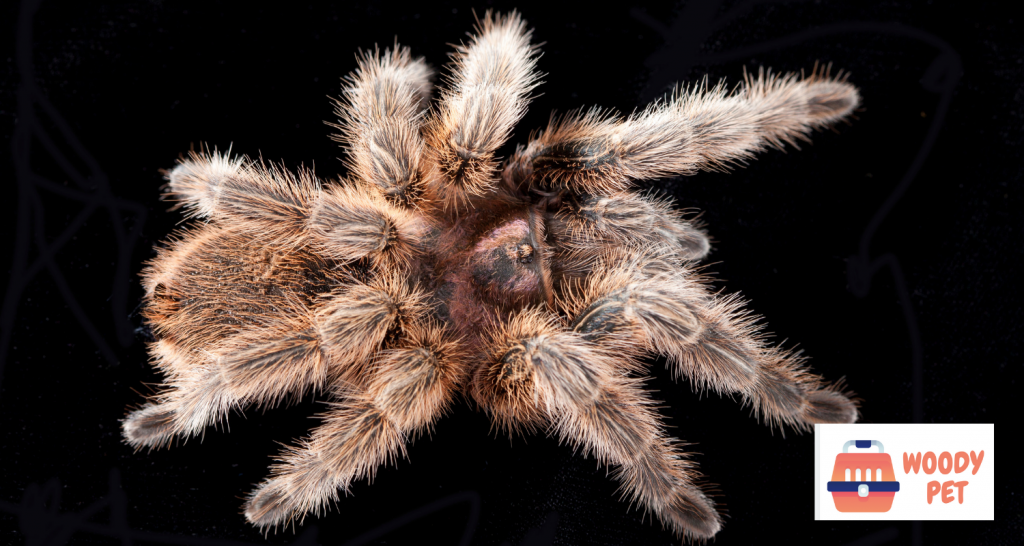 But if it is carefully removed from the inside, it can be left outside without any supervision, because it chooses to stay in one place. Also the terrarium should not be high, as falling from a height can be deadly for the tarantula. If she is under stress by accident, she can eventually attack, dropping hairs from the abdomen that are dangerous to the eyes, skin and lungs.

That is why it is important to wash your hands after holding a tarantula, or even if it is inside the terrarium. Their venom is not dangerous, ie it can cause local pain and swelling, similar to wasp swelling. Of course, there is always the danger of allergies. It is advisable to keep the tarantula away from other pets or children. The fun is in observing this tarantula, which in its elegant movement can be great fun for everyone.

Like all other tarantulas, they live in a horizontal terrarium of 5 to 10 gallons. They are not large climbers, so a wide terrarium is enough but not so high. In other words, it should be at least three times larger than a tarantula.

A layer of peat moss, soil should be added inside, and of course the better option is coconut husk which can be bought anywhere. It is normal to have a hiding place for a spider, like a coconut cut in half, a piece of wood. 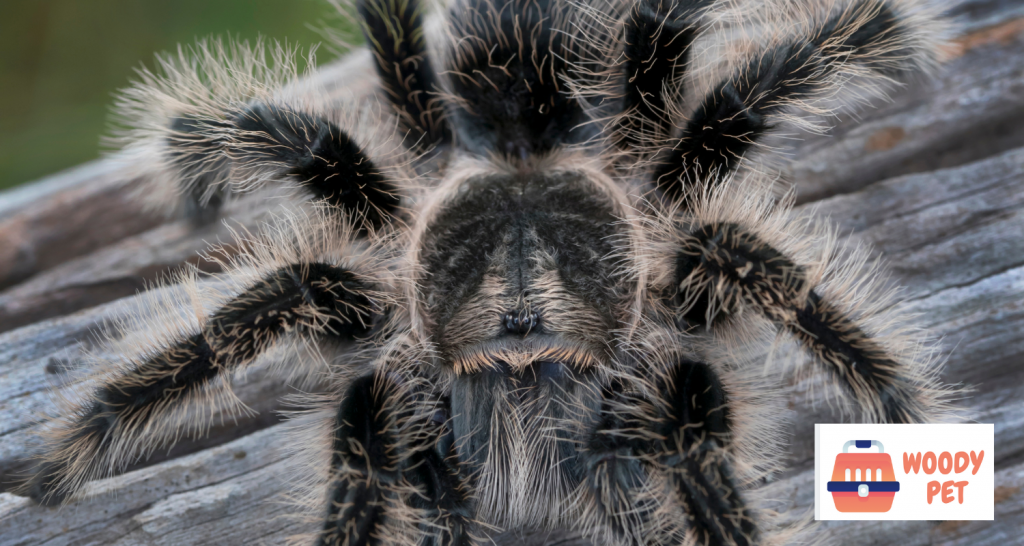 Of course, a bowl of water, which you should put on the stove, because you get used to cleaning it every day. The curly hair tarantula temperature should be around 26 degrees, and all this can be regulated with a thermometer. The humidity in the terrarium should be around 60%.

If you decide to feed it, it can often refuse food, but after a while you have to take the food out of the terrarium because it can lead to bacteria and soil contamination. The soil should be changed every year. This is the information regarding the Curly Hair Tarantula tank setup.

Curly hair tarantulas feed usually like other tarantulas with roaches, worms, crickets. It is very important that the insects are not bigger than the tarantula’s body, and when it grows up it can feed on mice. Smaller tarantulas should be fed every two days, while larger ones should be fed once a week. As for the way, the insect is thrown from a distance into the terrarium, next to the location of the spider.

It is advisable to wound tarantulas in the evening. More important than that is that the tarantula always has fresh water.

We 100% recommend this Curly hair tarantula, because of their visual beauty, comfort, easy storage and does not require much obligation. If you are relaxed towards her, of course she will be relaxed towards you. Although unlike other tarantulas these are more shy and often hide, but if she has the necessary pleasures, she will not be under stress. For anyone new to this hobby, this tarantula is definitely recommended.

Because they are novice tarantulas, they are regularly and often available on the market, so they can be purchased for an affordable price, as they are constantly breeding. In most areas they are legal, and can be found in pet stores.

If taken from a local breeder, they may be more pure breed. The price of these tarantulas ranges from $ 25 to $ 50. When they are small, the seller can not tell you the sex, but can tell you about the methods and ways of keeping and of course some indications related to the health of the spider and its diet.