What is the difference?

If you ask about some of the most popular small pets a person can have, a gerbil or a hamster is one of the answers you’ll get. Their small size and petite features make them a good choice for adorable pets to have. They are not only cute, but they make awesome pets. Many people that these two animals are the same, but that is far from the truth. Though these two small animals may have some similarities, they are also some differences about them. So what should you look for when you want to choose either as a pet? Which one should you go for between the two? Gerbil vs Hamster. Read more to find out.

Compared to hamsters, Gerbils have bigger ears than hamsters. They also have eyes that are large and can be black, dark brown, pink or ruby red in color. The faces of hamsters tend to be wider and rounder than that of the gerbil whose faces are leaner. The snouts of hamsters are not long either. When it comes to color, Gerbils may either have a pattern or be two toned. Their patterns may either be agouti or spots, while their two toned colors could be one color on the belly and a different color on the top. Their coat colors could be orange, brown, grey, red, silver, nutmeg, white or even cream in color. Hamsters on the other hand, have coats that could be long and curly, short and smooth, or long and smooth. The colors of their coats could be golden, cream, rust, orange, grey, black, or chocolate brown in color; while their eyes can range from ruby to pink or dark brown to black.

Gerbil Vs Hamster Size and weight

A visible difference between a gerbil and a hamster is the tail of a gerbil, which is long and fat, and could even get to the length of its own entire body. Hamsters tend to have shorter tails that look like nubs.

Gerbil vs Hamster Behavior and Temperament 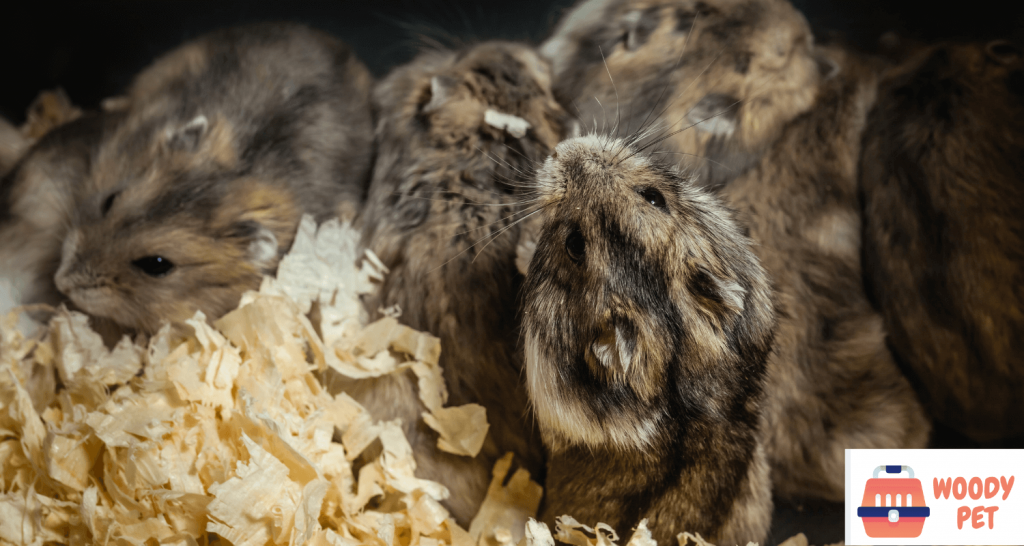 Due to their long legs and large feet, Gerbils are great jumpers, unlike the hamster. Gerbils are affectionate and tend to be quite shy. They quickly bond with their owners if the owner dedicates time ti spend with them. The temperament of hamsters is not predictable, as it depends on each type of hamster. The type of hamsters that are most friendly are the Syrian hamsters. It is rare that they bite, they create strong bonds with their owners, and they have personalities that are quite sweet. Dwarf hamsters are not as friendly, and they are more likely to bite especially when they get scared. They can however also be as sweet natured as the Syrian hamsters.

Gerbils are also social animals, both while in captivity and in the wild. It is better to keep them in pairs, unless you are taking up a senior gerbil as a pet. If you keep a female and a male gerbil together, you will be sure to get little gerbils very soon. Keeping hamsters together is not a very good idea, unless it is a dwarf hamster. The Syrian hamster especially, is more prone to get into fights with other hamsters, and should therefore be kept alone. Dwarf hamsters can be put in groups or pairs, and it is best to do this when they are still young.

Gerbil vs Hamster Feeding and Care

Gerbils and hamsters can both be fed on commercial food that has been bought from the shop. Fresh fruits can be used to supplement this diet. While in captivity, hamsters can live up to 4 years, which is dependent in the type of species. Gerbils on the other hand can go for up to 5 years in captivity.

For gerbils and hamsters, it is important to clean their habitat regularly. These small animals also need exercise for them to stay healthy. Take them out of their cage once in a while so that they can enjoy some time outside. Create time to bond with your small pets so that you can bond with them and their social needs can be met. Do not leave them without supervision, as other pets like cats and dogs see them as a snack and they may harm them. Be careful to be gentle as you handle these small animals.

Both the Gerbils and the Hamsters have been bred in captivity for a long period of time now, though they were initially desert species. If you are looking to get a starter pet for your young child, these small animals may not be such a good fit. This is because one needs to be very responsible in how they care for these pets for them to be healthy and happy. Both these animals have their own specific weaknesses and strengths. You can now decide which of the two is best suited for you based on the comparison given above. Both can make great pets and it is really dependent on what kind of pet you are looking for. So the next time you think of Gerbils Vs Hamsters, you have all the information you need. Visit a pet store that I’d close to you and try handle each of them to have an idea of what they are like, then make your decision after. Only then will you know which pet is right for you.