Hamster in the Wild

You may know hamsters as the cute adorable pets that people have in their homes. But just like most animals, hamsters also exist in the wild. You may wonder how these animals moved from being in the wild to becoming some of the most popular pet rodents. The Syrian hamster sometimes referred to as the golden hamster is commonly found in Western Europe and in North America. Since hamsters were once in the wild, the man that can be credited to the hamster being a pet is Israel Aharoni, who was a zoologist. In an expedition in 1930, this zoologist together with a local Sheikh discovered a Syrian hamster with eleven of her young ones. He brought these tiny animals back with him to the Hebrew University that was in Jerusalem. The hamsters quickly grew in number, and spread around the world as they are today. From 1939, they began to be kept domesticated animals.

There are about 26 different hamster species in various parts of the world. Hamsters can be traced back to desert areas, with sine coming from areas around Syria. They still live in the wild in countries such as Northern China, Greece, Belgium and Romania.

These rodents often find habitats in areas that are sparsely rocky or desert areas. These areas have temperature variations that can be extreme as they may range from being extremely hit to extremely cold in a short span of time. These kind of conditions may be the reason why hamsters often have dense fur and they burrow unto the ground.

Hamster adaptations to the wild 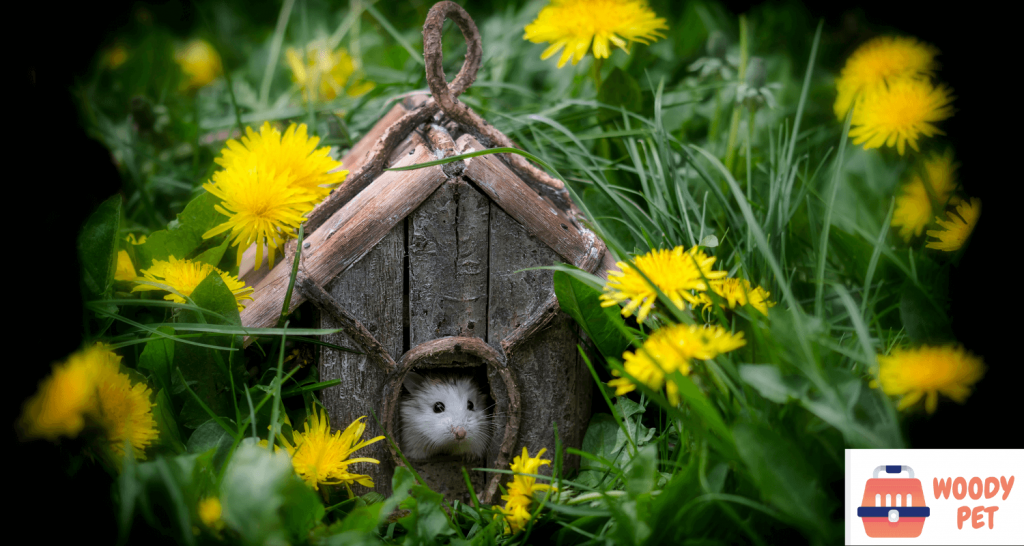 You may be looking at your cute tiny hamster and wondering how this adorable creature can possibly survive in the wild. Well, hamsters have developed several adaptations over the years that have made it easier for them to survive in the wild. One adaptation that hamsters have that helps them survive in the wild is their large incisors, which are located both at the bottom and at the top of their jaws. They also have digits that are pointed in their feet and their hands. These features make them good at burrowing and digging while they are in the wild. This cones in quite handy as they need to nest and live under the ground.

Another adaptation that hamsters have that makes them survive better in the wild is the pouches in their cheeks. These pouches are huge as they are used to carry food which can range from insects to nuts. One interesting feature of hamsters is that they are specifically susceptible to noises that are loud. These tiny animals communicate in range that is ultrasonic and they use glands found on their legs to spread scents.

Hamster Weaknesses in the wild

One weakness that a hamster has that makes it harder for them to live in the wild is their near sightedness. They have terrible eyesight which makes it harder to navigate around. Hamsters are also color blind which means that they often rely in their sense of smell to find food and figure out whether hamsters next to them are wither female or male. Their sense of touch also comes in quite handy when they want to move around.

Hamster habits in the wild

Hamsters are well known to be nocturnal animals. This means that they are awake at night and they sleep during the day. This is one way that they try to stay away from predators that move around in daylight. They live underground in the wild, and also nest and store their food there. These animals are quite social but there are some that prefer to be alone and isolated. When it gets too cold in the wild, hamsters hibernate and wake up after a specific period to feed. If a hamster foes not enough stored food to eat, it will hibernate until it can have the amount of surplus it wants.

The diet for a hamster generally consists of nuts, seeds, fruits, vegetables, corn and grains. For hamsters in the wild, their diet also includes some small animals, frogs, insects and lizards. The gestation period for a hamster is about 15 to 20 days. Their young are blind for up to 2 weeks and can be weaned for 4 weeks. Female hamsters can have about two or three litters of young hamsters in a year.

Hamsters are cute animals that simply run in their wheel happily in the home. They are typically known to be domesticated animals, though they can actually be found in the wild. They actually evolved from being wild animals to the adorable pets that they are. They have several adaptations that have allowed them to survive in the wild over the years. As much as hamsters have found ways to live in the wild, these animals still do not live as long in the wild as they do when they are domesticated. The harsh conditions of being in the wild reduces their lifespan as compared to the comfort of living in a cage and being taken care of. Although there are still hamsters that are in the world today, a majority of hamsters around the globe are living as pets.