Which is best for you?

Many people have had hamsters for pets over the years and this has made them the standard pet when it comes to rodents. Though rats are not as popular as hamsters, more people are having them as pets these days. Hamsters vs rats, are there any differences between them? Well, these two rodents have quite a number of differences. They are different not only in their characteristics, but also in their behavior. Though there are many pet owners about getting rats as pets, these small animals are not that bad. There are some reasons why you might even prefer to have a rat as a pet compared to having a hamster.

Hamster vs Rat Size and Appearance

When it comes to size, hamsters are significantly smaller than rats. Hamsters tend to be more challenging to handle when you have young children in the house. Rats are normally brown, grey, black or white in color. Hamsters on the other hand, can be found in different colors and different patterns. One distinguishing feature between rats and hamsters is that while hamsters have short tails that are stubby, rats have tails that are long.

Hamsters are really cute animals and majority would say they look better than rats. Their appearance is made appealing by their stubby faces, coat of fur and rounded bodies which makes them all the more captivating to look at. The lifespan of a hamster is about two to three years which is roughly the same as that of rats. Some rats can live up to five years which is rare for any hamsters. The lifespan of these small animals largely depends on the quality of care provided and how healthy they are.

Hamsters require to be kept in cages that are cleaned often to remove their poop and old food. This is the same for rats whose cages should be cleaned to get rid of bad odors. The beddings that should be used for these pets requires to be safe and can absorb moisture. Cedar and pine beddings should be avoided as they may cause respiratory infections for you hamster or rat.

Hamster Vs Rats Behavior and Personality 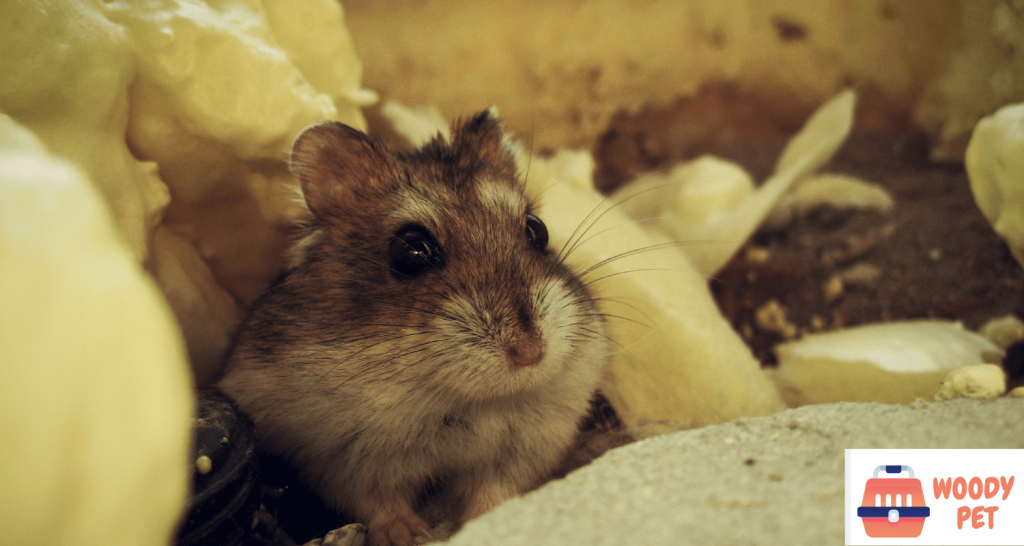 Rats are very social animals which makes them more active than hamsters. They like to be paired together which means of you want to purchase more than one pet, rats would be the best option for you. Hamsters on the other hand, are not very social and pairing them would be a bad idea. If you put two or more Syrian hamsters together, these tiny animals will fight and they may even harm each other. Dwarf hamsters are not as bad as Syrian hamsters, as you can pair them when they are young but this too can be risky. Both rats and hamsters need interaction from their owners. In some cases, rats can be taught how to perform certain tricks that are simple.

If they are not properly socialized, hamsters can be biters. These animals may be small, but a bite from a hamster can break your skin. Rats are different in that if they are threatened or frightened they tend to flee instead fight. A rat would be a better choice for a pet if there are small children involved. Hamsters are nocturnal animals which means they wake up in the evening and sleep in the morning. If you wake up a hamster, it will be quite grumpy. Rats have an attitude that is more relaxed to other animals and also to humans.

Rats are some of the most intelligent small creatures that exist and the smartest of the rodents. These animals can learn tricks, figure out complex problems and even differentiate between family members. This trait makes them quote appealing as an option for pets. Though intelligence in a pet is a positive thing, the downside to it is that an owner of a rat needs to find ways to keep it entertained throughout. These animals should be given a range of toys to play with in their cage and allowed out of the cage so that they can interact with humans. Another alternative is that you keep more than one rat together so that they can keep each other company. Hamsters may often seem disinterested or unbothered even when they have toys. Having a simple wheel for your hamster will keep it happy and occupied.

The health of your pet is quite important, whether it is a rat or a hamster. Hamsters are quite small and it can finding out whether they are sick or not can be challenging. You should keep a close eye on your hamster so as to notice any strange behavior. Both rats and hamsters can get pneumonia from respiratory infections. The symptoms of this would be sneezing frequently, wheezing, discharge coming from the nose or eyes and labored breathing.

Respiratory infections can be caused by pine or cedar beddings. Rats are more likely to get tumors as they get older. These tumors are mainly in their armpits or groins and avoiding too much fat in your pet a diet can help prevent them. Hamsters can also suffer from a severe condition known as wet tail, where they have symptoms of fatigue, diarrhea, a ruffled coat and loss of appetite. This is a disease that is highly contagious for hamsters and can be caused by issues like dietary changes, overcrowding and stress.

Hamsters and rats are some rodents that you can have as pets in your home and it may be challenging to choose one over the other. The question of “Hamster Vs Rat” has been answered through comparing these two small animals. Some would say that hamsters are a better option because they are cute and easier to look after, while others would say that rats are a better option because they are intelligent, social and they rarely bite their handlers. Based on the information given, you are the only one who can decide which pet is best for you and your home.