Some things to know

When speaking about cuteness, hamsters alongside rabbits and squirrels could take the throne quite easily. In normal circumstances, they do not need to do that much to make us go aww!

However, there is one little feature that squirrels and hamsters have in common that could boost that level of cuteness even more. We are talking about of their quite flexible cheeks.

You could probably have seen them before: A hamster with full cheeks, carrying food for some unexplainable reason. It is quite interesting to know why and how they do that at all, especially while they are in the safe environment of our homes, where we just put the food they need to live.

Let see what are those cheeks hiding and some other curiosities and things to know about this special feature on our little friends. It can probably be more than just for looks and overall cuteness.

How a hamster cheek pouches work?

First and foremost, in how a hamster’s cheek pouches work, they are some bag-like structures inside the mouth of hamsters, that can go as far back as the shoulders of these animals. It is like having some bags for groceries inside them.

Those bag-like pouches do not have any salivary glands, which it can be a good thing in order to preserve the freshness of the obtained food.

Also, important to note that those “bags for groceries” inside hamsters’ bodies can move with the entire body when running is a thing to happen while running from predators in the wild. They are quite elastic but without flapping around as much thanks to be supported by the hamster’s shoulders.

And when it comes to taking everything of those bags, hamsters are quite smart. They use their paws just like hands to push the food out of those cheek pouches, even when they look especially bloated.

Another thing to know about hamster with full cheeks: They can actually introduce items that are not food. You should always have a close eye on them and the objects you introduce into the cage. Sometimes, parts of those objects can go the wrong way while they are storing them into the cheeks.

Why hamsters have cheek pouches? 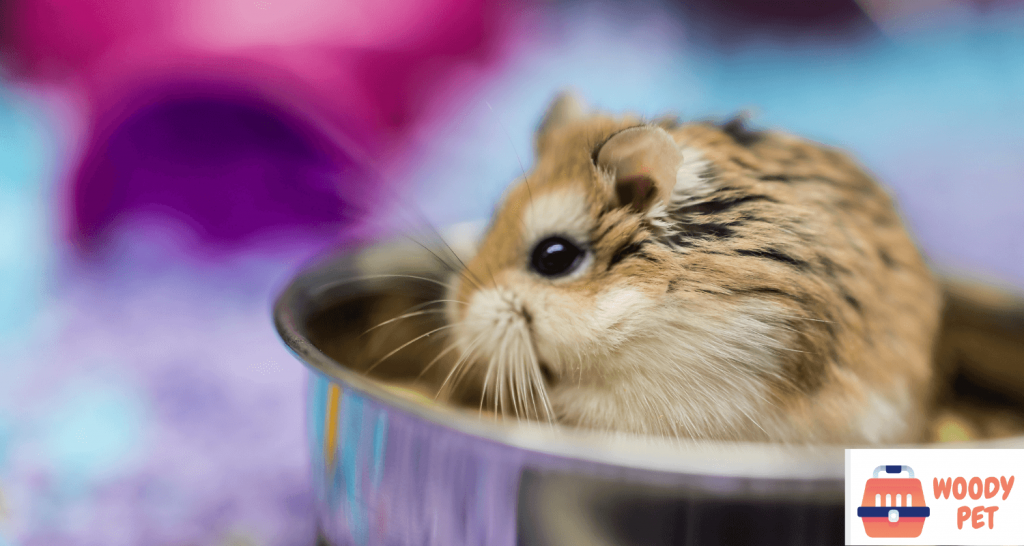 There are some clear reasons why hamsters have cheek pouches, the first of which have something to do with survival in the wild and the other closely related to the first one.

A hamster with full cheeks is just hoarding food and items to use later in its refuge. The main reason for that behavior is just to be able to store those objects and food and make a run if it is necessary from predators, to later use those items in the safety of their homes.

They can hoard about 20% of his body size just in these cheek pouches, and they can run with all that additional weight to their hideout for miles or kilometers, quite impressive for a rodent that size.

These behaviors happen even when they are in the safety of a cage, while being a pet for a human. They think (and they are after all) like prey, always running out of danger. So, just for security sake, they take all they can into their cheeks and run to what they consider safer places, like their refuges.

Another thing that may influence in why they have those cheeks is their environment. Normally these little animals come from plains and some other regions where access to food is difficult. So, having to travel far and far just to get enough food makes cheek pouches really good tools to carry all the “groceries” they need to move to their homes while they are in the wild.

What can go wrong with cheek pouches?

Like with bags from a supermarket rupturing and dropping all the groceries you bought, there are some things that can go wrong with cheek pouches.

Starting with an impacted cheek pouch, this can happen by something sticky that gets stuck into these cheek pouches. Even though they have tongues, those can’t do anything when something is stuck inside the pouches and inside those there is not any saliva to lubricate either. The best thing you can do is to avoid moist food that can get stuck inside those walls.

Another thing that can appear is an abscess. When you give something sharp as a food, they can cut into the cheeks and make these abscesses appear. And the things can get even more complicated if for some reason the hamster swallows it, in what is called sepsis.

Everted pouches, just like the ones in your jeans after washing them, can also happened. It would look quite scary at first but that can be treated by a specialized veterinarian without many issues whatsoever.

Last but not least, tumors can also happen. When a rodent like a hamster get a tumor, it could normally appear in the head zone. But for a hamster specifically can appear into the cheek pouches. This can be quite a bad time for a hamster and with some treatments that can’t actually solve the issue entirely without compromising anything else, your hamster would not eat the same way. Worst thing? There isn’t a clear way to avoid them.

You now know why hamsters are with full cheeks from time to time, and although cuteness value is definitely one of the assets here, those cheek pouches can do way more for our little pet.

They are mostly existent in our little hamsters because of how evolution have treated them. They are prey animals and, by being so, they needed a way to escape predators while carrying large amount of food and supplies to the safety of their refuge.

Cheek pouches can store up to 20% of the entire body of the animal and they require care like no other organ on these creatures. Please do not give them sharp food that can hurt those bags and try also not to give them food that can get stuck inside those walls because it is wet or sticky. And as always, if you see something out of the ordinary in these parts, you should ask to a specialist for the best options.