Home Cats How High Can A Cat Jump? Way more than you! 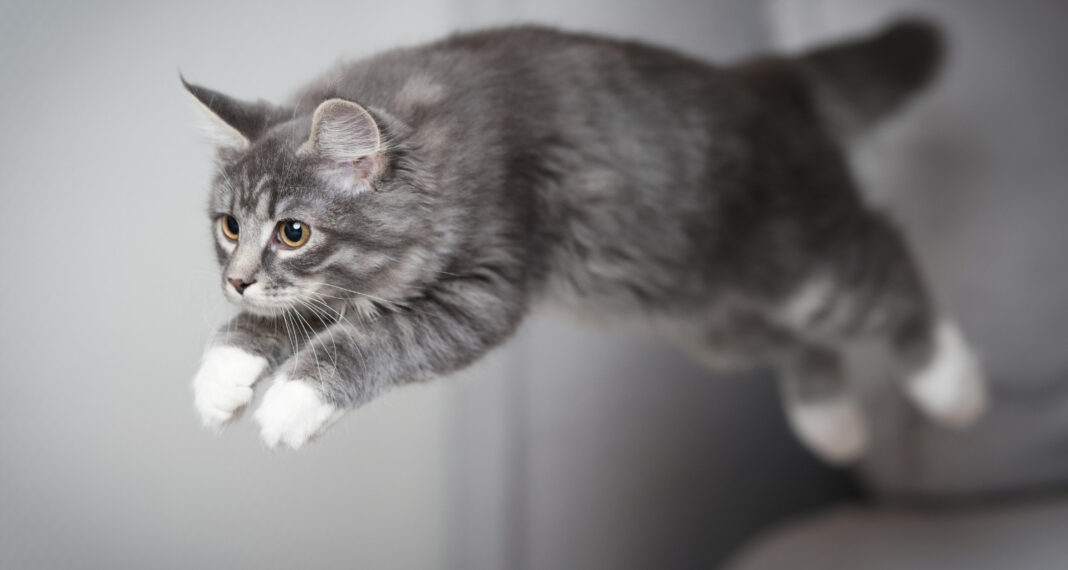 How high can a cat jump?

Let’s talk about today of athletes, those guys and gals that look like they have super powers or something like that, and especially of one of their most valuable combination of features: Athleticism.

As Internet puts it, athleticism is “the physical qualities that are characteristic of athletes, such as strength, fitness, and agility”. Basically, all the features an athlete can have in order to them to crush those times, run that fast, raise that weight and jump that high.

And speaking of jumping, you would not believe how high can a cat jump. You would think that a tiny, furry creature like a cat can’t jump as high as a human can, right?

Then, if you are very curious, keep reading to see how high a cat can jump. They are quite athletic, super-fast in chases and sometimes, in short bursts, a never-ending little ball full of energy. You could be surprised. 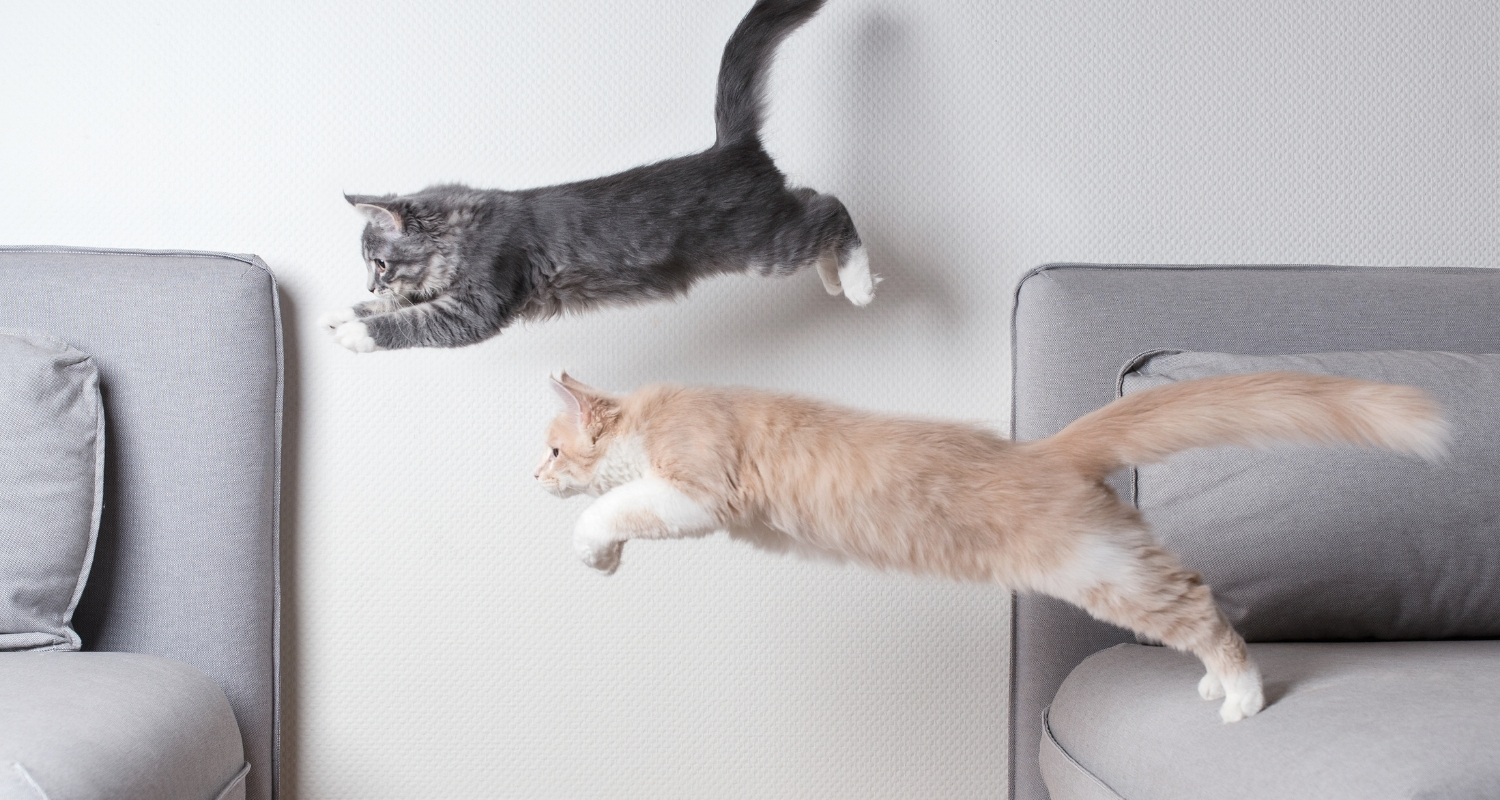 How high can a cat jump? The Answer….

Cats are very active creatures so, when some asks: How high cats can jump? The answer is: Very high.

Yes, you have read that right, seven times its size! We are talking about over 2 meters in some cases with an average size cat.

You can see videos in the Internet showing cats trying to catch a toy or another object that is in the roof from the floor.

It is quite impressive to see how they prepare for the jump, arching its spine, getting its back legs closer and then taking off up to 7 feet on the air, just like if they were spring loaded or something like that.

How far a cat can jump?

Seeing cats flying into the air is very amazing to see, but what happens when you switch the orientation of that jump to horizontal? How far a cat can jump?

Just like before, they can achieve very long distances in a horizontal jump. It is a fact that even in athletics, there is a jump called the “cat leap”, based in the way humans try to execute a horizontal jump just like big cats (lions, tigers, pumas, etc.) and the ones at home.

The distance that cats can achieve can go up to 7 times its length, just like in vertical. To see a cat performing this action is impressive and they do look like they are flying in the air too.

If you do not believe the previous sentences, let’s take another approach then: What about world records?

In that case, a cat in Big Sur, California, USA, reached a distance of 213.66 centimeters (over 2.1 meters or 7 feet, depending on where you are). The cat is called Waffle the Warrior Cat, it had 10 years in 2018, the time when it broke the record… A certified Guinness World Record for the longest jump by a cat. Surprised now?

How high a cat can climb?

Speaking of going to new heights, cats are especially good at climbing too. So, how high can cats climb?

The thing is, cats start learning this trick since they are little kittens. At 3 weeks after been born, the kittens would start to learn how to climb, and by week 4 they already know how to move in the world. You would see them playing around, and sometimes getting in trouble too.

When cats are mature though, the jumping and climbing reaches a whole new level. While jumping they can reach heights and lengths that can be up to 7 times their size, climbing can go way over that, to the point that there is not a limit in how high they can go.

The cats can combine the ability of jumping to reach certain height and then climb non stop until they reach their objective. With their claws and powerful legs and paws, they would climb to higher places in seconds.

However, what you see in some movies and TV shows is real. Sometimes, cats do not know how to get down from there. It is funny because you would think that, falling but landing in their four paws is a cat thing, but it is not that simple when they go many meters up in a tree.

Why do cats jump and climb?

There is not doubt now that cats love to go up by climbing and jumping, but why do cats jump and climb?

The answer to that is in their instinct. They come from long years of evolution (we are talking millions of years) of even larger big cats trying to chase and take down prey and, in some cases, escaping predators in the wild.

But being in our homes, what are those predators?

They could think that humans that they do not know, other pets or situations can be potentially dangerous so they go to unreachable places. Also, they can go to higher places to just scoop the entire space in search of potential prey, like a mouse or toys.

How high can a cat jump conclusion

How high can a cat jump then? In a short answer we can say a cat can go a long way by jumping and climbing too.

The cats can sometimes jump either horizontally or vertically up to 7 times its height or its length, and that can mean sometimes passing the 2 meters in either direction.

It is just mind blowing that being tiny compared to humans, the cats can jump even higher than what a normal human can, and they can even rival the type of humans that are prepared to jump in sports competitions.

There is no doubt then that cats are quite athletic creatures, but they do not just do it for fun. In fact, that it is part of their nature since the time they are born.

This is an innate feature that they share with even bigger cats like tigers and cheetahs in all these years of evolution.