Feed is as important as breathing for any living creature, either human, animal or vegetal. It’s basically embedded in any organism and can be the difference between being alive or just dying, and can be determinant in whether or not a species can continue existing on Earth (because for instance, some of the extinct and the ones in danger to be can be because of the scarcity of food).

For our little goldfish it is as important as for any pet. But still, being as hardy as they are, it can be possible for goldfish to be without food for a little while, without going to extremes.

So, how long can goldfish go without food? The answer can be something as simple as “it depends”, but there can be so many explanations in why is that a possibility or if it is a bad thing to do to our little pets. Let’s find out in the next questions if it is really that complex.

How long can goldfish go without food? 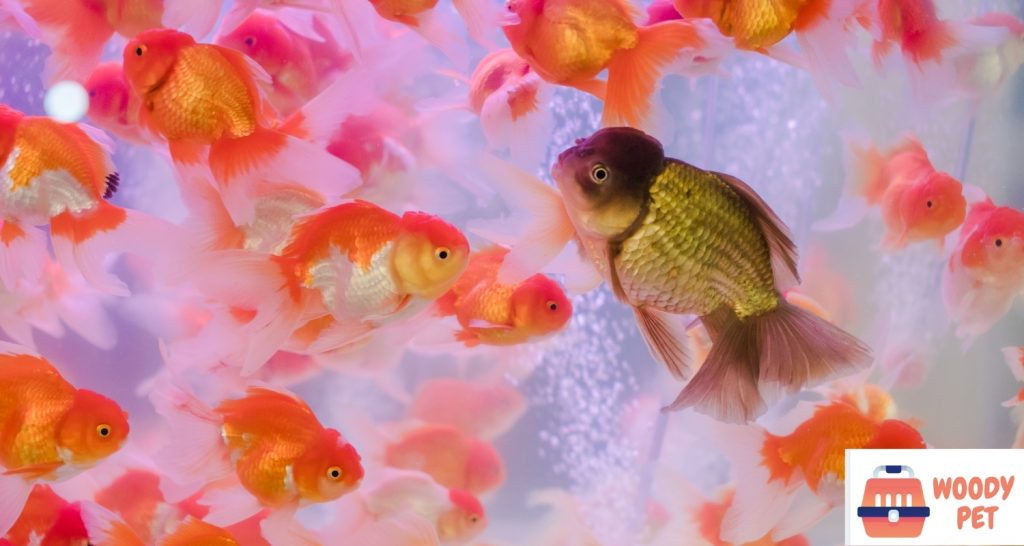 How long can goldfish live without food?

There are some sites that suggest that is possible for a goldfish to go without food for as long as 3 weeks, but with the worry of being “too much” for the little fish.

Like many other animals (including humans) the goldfish can slow down its metabolism to reserve the most of the energy they can. The important thing to remember is not to abuse this behavior because it takes a massive toll in the goldfish health, color and overall life span.

The consensus around the Internet appears to be that goldfish can live without food as long as 14 days (two weeks), where the fish would have little impact on his health, the color could degrade and its immune system can’t probably respond as well in case of a disease during that time.

However, some people recommend to not leave the goldfish without food for more than four days to be sure that the little fish can maintain its immunity and overall health in good shape.

How can you feed your goldfish while you are away?

There are many ways that you can feed your gold fish while you are away, some of them are basically an automatic feeder or having someone to feed them for you.

For the automatic feeders, they can be programmed to certain hours and days to automatically deliver the food to your goldfish. You just need to fill them up with food and program them at the right time to avoid overfeeding.

And for the trusted people that can take care of your fish, you need to remind them accordingly to don’t overfeed the goldfish. This is important because goldfish doesn’t know actually when to stop eating and that can be disastrous for the little fish, because it can cause constipation (a really bad time for fish).

How do you know your goldfish is hungry?

Like any other living being, there are some signs to look for to know your goldfish is hungry. They can actually manifest in many ways that they are hungry, some of which are truly impressive because they look actually smart for a little fish.

Your goldfish can be aggressive when had a long time without food. It is not like it can insult you for that, but you would see it in the way it handles the food (like a miniature shark or something like that).

Other sign to show you is when they are looking in places where they normally don’t go. It is like searching for some rests of food or something else to eat. You can also see them go to the surface looking for floating pieces of food (making them quite clever actually)

If your fish tank or pond is shared with other fish, you can even see them attacking and harassing them. It is not a clear indicator of a hungry fish, but you should definitely take a look at its behavior.

What causes a goldfish not to eat?

Sometimes your goldfish would refuse to eat. That is actually a bad thing, a clear indicator that something is wrong with it. There are many reasons that causes a goldfish not to eat.

It can be health related, like when they are constipated (because they ate way too much) or when they are suffering from swim bladder disease. For both of those situations, it may be a good idea to not feed them for some days (like two days) in order for them to recover.

The way to know a goldfish is suffering from swim bladder disease is when they are swimming sideways, upside down or in one of their sides. Giving them food rich in fiber like cooked peas can also help.

Another thing that causes a goldfish not to eat is lack of food variety. Yes, just like humans, the goldfish can get bored of eating the same thing over and over and over again. Vary the menu with live food for instance.

The last thing can be water quality. Having a dirty tank or lack of control in temperature can be a reason for goldfish to refuse to eat. Clean their tank regularly and maintain a decent temperature for the little fish (around 23°C).

How long can goldfish go without food conclusion

There are some instances in life where you would need to go out and leave your goldfish unattended for a while. The thing is, they can actually support these situations, but not for very long. Two weeks can be the max in how long goldfish can go without food, but the recommended amount of days should be just four days.

Try to make all the necessary adjustments when you need to travel like calling someone you trust to take care of your goldfish or buying an automatic feeder that you can program to feed your goldfish at certain times without overfeed them.

You should also take care of the cleanliness of the fish tank or pond they are staying and its temperature. A good environment for your little goldfish can actually be the best thing you can offer them when you won’t be there for a while and they would thank you for that.