Having them on a peaceful pond or inside a big fish tank, you probably would want your goldfish to last forever even though, as unfair life can be, they would eventually meet its untimely demise (oh boy! that was actually sad to say).

Although nobody likes talking about that, death in pets like goldfish is actually one of the normal things that can happen for multiple reasons. But the thing is, we can actually extend the lifespan of our dear little goldfish by changing some of the features on their environment.

Also, the goldfish have actually a good life expectancy (especially when everything is the way it should be in their habitat. They are quite hardy little things that can also swim!) that can be compared even with the ones on other pets like dogs, cats and birds. So here are some questions and answers on how long can goldfish live?

How long can goldfish live? 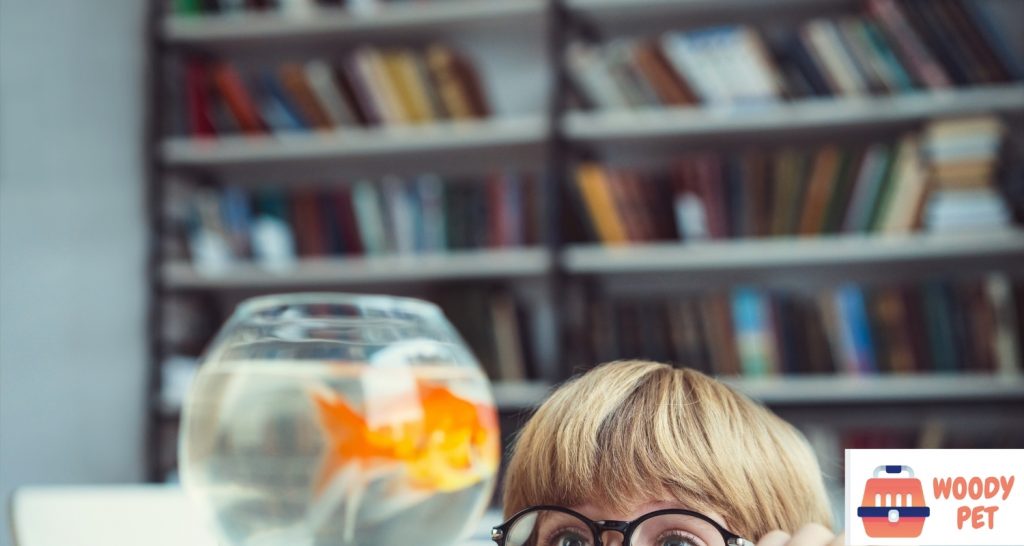 What is the average life span of a goldfish?

Basically, it depends on the environment around them and the fancy of goldfish it is.

However, when the goldfish are at the wild, the average life span can extend as long as 25 years and there are even records of the oldest goldfish going as far as the 43 years old mark. That’s quite impressive for a fish.

How long a common goldfish can live?

While there are many factors to consider about these fish longevity, the common goldfish appears to be the longest living variety that exists.

When those little fish are in the wild, their life expectancy can be as long as 10 years old, but it can be limited by other fish in the environment, the predatory species around them, diseases that can contract and even a drastic change on the weather (yes, even global warming can affect how long a common goldfish can live).

But what about when they don’t have the risks associated with being on the wild and staying at fish tanks and ponds at our homes?

Well, when they are in captivity, they can extend their life expectancy to 4 more years (10 to 14 years old). That shouldn’t be a surprise: The closest sibling of the common goldfish, the common carp, have an average life expectancy similar to this one.

How long can oranda goldfish can live?

The oranda fancy of goldfish are little fish with a raspberry like hood or “wen” on their heads. Sometimes it can cover their entire face. It can sometimes be white with an orange hood or orange with even pronounced red colored “wen”. It definitely has lots of varieties, especially when mixed with other goldfish fancies.

How long shubunkin goldfish can live?

If the name doesn’t suggest or “ring any bells” at all for you, the shubunkin goldfish are of Japanese origin. They are one of the most colorful goldfish that exist. Their scales can vary from red, white, black, grey and blue, with blue being one of the most desired and highly prized color in this fancy of goldfish.

Shubunkin goldfish can also live very long like the oranda goldfish. Having them in a well sized tank, with all the factors in check, the shubunkin goldfish can live up to 12 years in average. However, when they are living in a pond, they can extend its life expectancy up to 15 years.

What you need to make a goldfish live longer?

There are some many factors to make a goldfish to live for the longer amount of time possible. There is a known fact that goldfish are actually a hardy species of animals (the kind of animals that can adapt well in a change of their environment) That however doesn’t necessarily mean going to extremes.

Goldfish like to be in a healthy fish tank or pond, so not dirty and with a good filtration and oxygen supply system. The tank has to be spacious with some suggesting with capacity ranging to even more than 50 gallons of water and preferably not overcrowded. Although you can have a goldfish in a fish bowl, this is not recommended if you want to extend the life of the little goldfish.

Also, food is important to make a goldfish live longer. As a wild fish, they could eat mostly what the nature can provide and that would probably be alive. Having live food for a goldfish from time to time may be a good idea to making it grow to its max, and having also protein and vegetables at hand can do the trick.

How long can goldfish live conclusion

Quite surprising and totally unexpected, right?

Even though they are known as little hardy fish that can adapt to its habitat (like when it gets colder or when summer arrives), it’s mostly the actions their care keeper can do that actually prolongs the life of the goldfish.

Just like others pets at home, having a great space to them to do their thing, having great food at hand, having their home in a good temperature and very clean by using filters and air supplies it is the best way to show them our love.

Mainly when all these conditions are met, we will definitely extend how long can goldfish can live in our home. It is unquestionably important to have them into account before buying a goldfish and while they’re living with us, doesn’t matter if it is on a big fish tank or if it is on a pond.