Foods are essentials for all living organisms if they desire to live, and this is why you would most definitely see living things, even humans, putting getting enough food at the top of their priority list. It’s an inborn thing, living organisms know that before any other thing, they need food, as they won’t be able to do the other things around them without food, which is the natural drive and fuel all living organisms need.

Depending on the class, specie and family, all living organisms have a certain number of days that they can go on for without food. For instance, scientific studies have proven humans can go for as long as 30 to 40 days without food, once they can still get access to water. Some organisms would probably go longer than this, why some would not even go anywhere close to a week before they are done. How about spiders then?

As for spiders, anyone who knows these arachnids would agree with us that they could be very unpredictable in most ways and a lot of the things that apply to other species don’t even apply to them. They always have an ingenious way of getting over the most difficult situations even when the odds are heavily stacked against them, so it begs the question, how long can spiders live without food? Let’s find out the answers together in the next few minutes.

How Many Days Would a Spider Live Without Food? 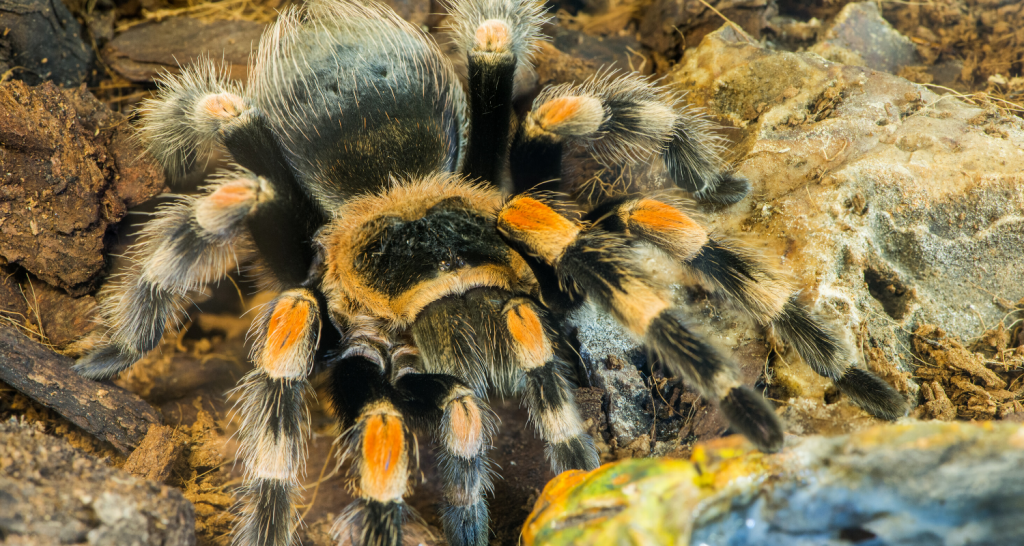 The answer to this question is not straightforward as there are different species of spiders and studies have shown that each species of spiders have different levels of endurance and survival rate when they are not able to get food. According to various studies, some spiders are able to last up to 60 days without food, even more than humans, while some may not last more than a couple of weeks. For scope, a wolf spider may last as long as 58 days, while the house spider, Tegenaria domestica may not be able to survive for more than 28 days, sometimes more, when it is unable to get food. So, as you can see, the survival rates in spiders when they can’t get food differ from species to species. It is important to also say that the availability of water would also play an important role in the number of days a spider can live sometimes. For instance, if a spider is able to get water, it may increase the number of days it can live even without food, just as it is in humans.

How Many Days Can Baby Spiders Live Without Food?

Baby spiders also known as spiderlings are not as fully developed as their adult counterparts who would have developed a stronger system, so, it is expected that they might not last as long as the fully grown spiders in case a situation arise where they won’ have access to food for a very long time. For baby spiders, the duration they can go for differs slightly as well since they are also from different species and families of spiders. However, from various studies and researches, it has been discovered that a baby spider could last as long as four (4) to eight (8) weeks without any food, depending on their classes and division. When you compare this to the duration a fully grown spider can live without food, there is a difference, but the difference is not that significant, and this suggests that baby spiders are not that different from adult spiders, after all, they are left to fend on their own immediately after hatching.

How Long Can Spiders Live Without Water?

In most cases, even in humans, the substitute for food, especially for the purpose of survival, is water. When living organism can’t get food, they resort to water in order to be able to survive for more days, or months in some cases. What about spiders, how long can they live without water? Well, spiders are a very interesting set of arachnids and their level of tolerance is amazing in most cases. This also applies to how long they can go without water. Scientific studies have discovered that a spider can actually live for months without water. Once a spider can get food, it would be able to live for a number of months even without having access to water. This has been confirmed by scientists by isolating a group of spiders and giving them food only, but without water, and they found out that spiders can live for months without tasting water.

How Long Can Daddy Long Leg Live Without Food?

Daddy Long Legs are one of the most common species of spiders found in our homes. This specie of spiders is known to be harmless, and this is why people don’t seem to find them scary. You will most likely find them in dark and moist places in your homes, as they prefer to live around humans than in other habitats. So, if you are wondering how long daddy long leg can live without having access to the food in your house, we have the answers for you here. According to findings, daddy long legs can live up to eight (8) weeks without having access to any kind of food. Remember this doesn’t include access to water, as having access to water would improve their chances of survival even without any kind of food for months.

How Long Can Spiders Live Without Food Conclusion

Since spiders have foods stored within them, they can usually go for weeks and months in some cases without having access to any kind of food. So, how long can spiders go without food, this depends on the specie of family the spider belong to, as each specie and family have different levels of endurance and survival level that depends how long they can go on without food. Just like we have said earlier, survival for a spider is not tied to food alone, as a spider can easily survive for months by drinking only water.