How Long do Hamsters Live?

Some years for a little thing

When it comes to lifespan, there are many animals with an impressive long one. Some are even able to rivals really long ones like the average human lifespan.

Contents hide
Some years for a little thing
What kind of hamster lives longer?
What can affect the lifespan of a hamster?
What is the longest living hamster in the world?
Conclusion

Now, if we are talking about little ones, there are some animals that can go as far as 20 or more years of existence in this round and blue Earth.

And if we go even tinier, we have some like the hamsters that could have long lives but probably can’t rival similar size species of animals. There are some fish the size of hamster that can out match the lifespan of said animals while living in very similar conditions and circumstances.

However, asking about how long do hamsters live could provide some answers that are not entirely what you may have been expecting. Let’s find out if hamster do live long and see what factors can improve or decrease these little pets’ lifespan.

What kind of hamster lives longer?

Hamsters come in all forms and sizes, mostly tiny though, and a good question to start with is what kind of hamster lives longer? And how long do these hamsters live? To find out more, let’s see one by one of the most looked after species of hamster that exists in the world.

Going from top lifespan to bottom, we get the tiniest hamster in the world: The Roborovski dwarf hamsters. These little cute creatures can get an impressive 3 to 3.5 years of lifespan, even while being so tiny (and cute like they are, of course). A Robo hamster lives the longest amongst other hamsters.

Followed next by the Chinese dwarf hamsters and Syrian hamsters, which both species of hamsters can get between 2 to 3 years old of lifespan. Quite an achievement for those little creatures.

Next in line are the Siberian dwarf hamster, originating from Russia, with a life spanning between 18 months and 2 years old. Quite awesome for these hamsters adapted to that harsh environment.

And again, in Russia ending this list, there are the Russian dwarf hamsters as well as the Russian winter white dwarf hamsters, both having very similar lifespans (and not just because they are from the same motherland, Russia. Right?) Both have a lifespan between the 1.3 years (or 15 months, depending on who you ask) and two years old.

What can affect the lifespan of a hamster? 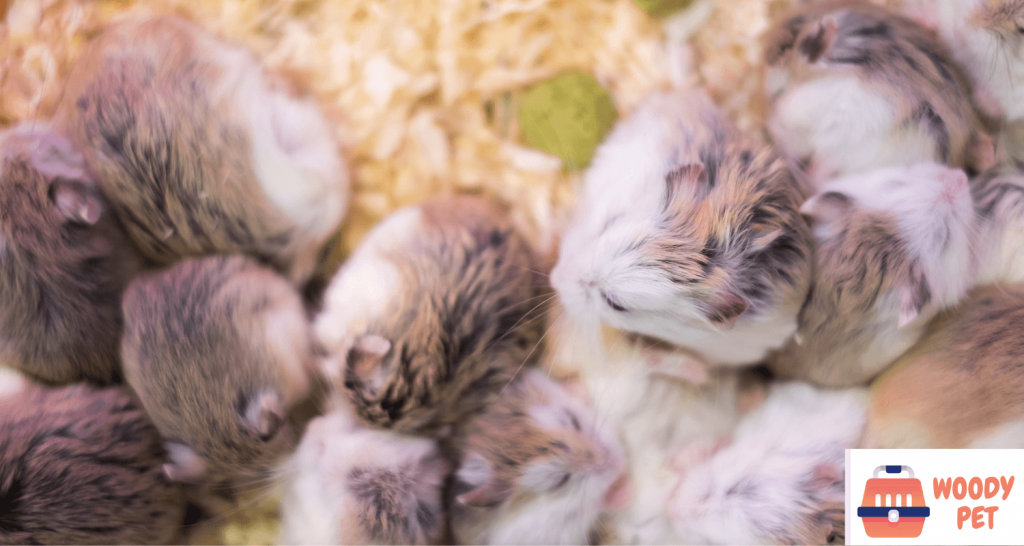 There are so many variables related to the environment, habitat and overall conditions of a hamster that can affect the lifespan of the little creature.

A long living hamster would probably give birth to longer living little hamsters, and that has to be something with genetics. Also, selecting a longer living breed could help you with its lifespan.

Other factors can be just related in the way we treat them and we care for them. Diet, the habitat they are in, exercise, health and even how you handle the little things can determine by how long your hamsters can actually live.

If you want your hamster to live the longer, you can try to encourage exercise, making its habitat nice and clean, taking good care of the little thing and handling it with love, giving it a nice, balanced diet and keeping its overall health in check, with some visits to your trusted hamster specialist when you note some changes in behavior, in its physical condition and the presence of something abnormal in or out its body.

As related above, the average lifespans of many breeds of hamsters can go from as little as 15 months only to the overall amazing lifespan of 3.5 years. For tiny creatures like hamsters, this may not look like many years, but you got to appreciate at least the attempt to go longer. They are normally very active and healthy animals.

What is the longest living hamster in the world?

As you have probably seen, hamsters do not have amazingly long lifespan, do they? When someone asks how long do hamsters live and receiving that “meh” amount of years could actually discourage some people looking for pets to get a hamster.

Well, there is one exception to the rule in what is the longest living hamster “in the world” (in deep, Jeremy Clarkson’s voice)

The little furry thing, funnily enough, comes from the same motherland as Clarkson and it has broken the record for the oldest hamster in the world. And no, we are not talking about Clarkson’s team mate Hammond.

This Guinness Record holder, tiny United Kingdom resident lived as long as four and a half years old. It lived in the county of Tyne and Wear in the north east part of England, and it was owned by Karen Smeaton.

So, to answer the question of the million bucks, how long do hamsters live, you could tell your friends about this one. Or even follow some unconfirmed reports of a Syrian type of hamster that had, supposedly, lived for as long as six years. Six years is outright insanity for a hamster!

Both of those cases, even if unconfirmed could prove that, with enough care and dedication, you could make your hamster last as long as these ones.

So now it is conclusion time! How long do hamsters live? The short answer is: Not so long. Just a couple of years only.

That can be altered and affected by the conditions in where the hamsters live, their habitat cleanliness, their levels of stress, the diet they have, the amount of exercise they make and many other factors to take into account.

And, the longest living hamster, as credited as the Guinness Book of World Records is from the UK in Europe and it had four and a half years old. What an impressive lifespan!