How Long is a Horse Pregnant.

The reasons for keeping a horse can be various. Some people are keeping them as their pets, others for participating in different sorts of contests.

Breeding horses is a difficult process. It takes a lot of the owner’s time and funds so that the most desirable outcome would be accomplished. Also, it demands a lot of attention, diligent observation and care.

Contents hide
Horse Gestation Calculator
Horse Pregnancy Stages
How to Tell if a Horse is Pregnant With Twins?
When is the Best Time of the Year for Horse Breeding?
The Birthday
Conclusion

Here we will try to dig into the very specifics of horse breeding – what needs to be done by the owner. In particular, what steps are required to be taken in order to begin the breeding, how much time one has to sacrifice during the ongoing process, and many other aspects that need to be known by people that plan to undertake the task of horse breeding.

Most importantly, in this article we will find out an answer to the question – for how long is a horse pregnant?

We will begin with the horse gestation period.

After the horse is conceived, This process is lasting for a period of approximately 10 to 11 months till the foaling, but sometimes it can take even a little longer than a year. Like humans, the mares are more likely to be pregnant with one foal at once, while there exist some small chances that they are bearing twins.

A horse can be pregnant one time during the year, which is understandable, because the pregnancy itself takes only one to few months less than a year.

The gestation period of horses is pretty wide to be determined more specifically. Mares can carry the foal for a period of 320 to 380 days. While most oftenly, the foaling happens after 330 days from the conception, one should be ready for those 380 days from the start.

The pregnant mare must carry the foal for around three trimesters.

While the first trimester is ongoing, the mare must be properly looked at by a veterinarian, so that he can keep track of both her and her foal’s health. This first trimester starts with the pregnancy and lasts for two weeks.

How to Tell if a Horse is Pregnant With Twins?

Consulting the vet is very important during the gestation period of the horse. After 26 days from the conceiving, the vet will execute an ultrasound that can notice the heartbeat of the foal and determine its healthiness. This, also, is the time when the animal specialist will examine whether the mare is pregnant with twins or with only one foal.

If the mare is pregnant with twins, sadly, the chances that the foals would survive are minimal. Simply put, horses are not naturally disposed to be able to bear two foals. In situations like this, you should ask for your vet’s opinion on the matter – what is the best thing to do. He can remove the second embryo, so that the first one would be able to survive. Also, an abortion can be made during the first six weeks of pregnancy.

After three months of the mare’s pregnancy, the foal will begin to have the looks of a horse, while its characteristics will be forming themselves properly. At the same time it can be decided whether the foal’s gender is a male or a female.

The pregnant mare may start with receiving vaccinations and dewormer after the beginning of the second trimester, which is nearly four months of the conception, somewhen near the 114th day. In order for the mare to start showing vivid signs of the pregnancy after six months, her food supply must be elevated. This is because the foal is growing and developing by the day. The mare can exercise somewhen till the ending of the 6th month.

The third and final trimester starts around the 226th day after the mare’s conception. While this trimester lasts, one must pay a lot of attention to the horse’s well-being. When the day of the giving birth is coming closer, it is crucial to keep the mare well-sheltered and away from any sorts of tension. Do not change her surroundings, because if you do, it may provoke a high level of stress to the mare.

When is the Best Time of the Year for Horse Breeding? 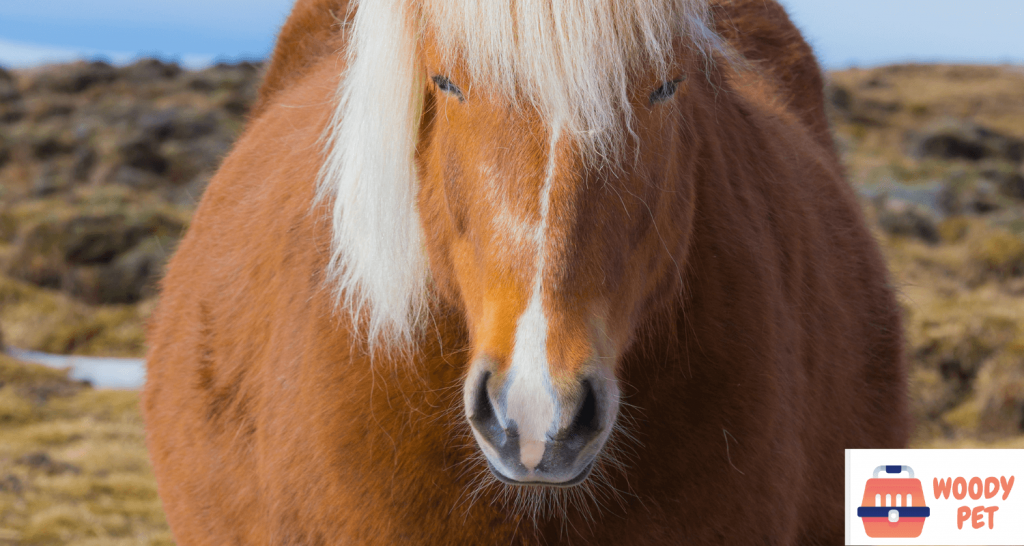 Horses are usually bred in the summer, because the birth would ideally occur during the spring next year, or at least in the beginning of the summer. This is very important, firstly because the little foal needs to be able to eat the grass while it is fresh. Also, the new-born horse will not have to suffer through the rough conditions during a winter in its very early youth.

Another factor that makes the breeding during summer easier is that the horses, while the weather is hot, are more sexually aroused and productive.

When the 315th day arrives, the mare will probably start showing signs of foaling, and the foal will be born somewhen near the 330th day.

We recommend that on the day of the birth, you should call the vet, who can help around with anything needed during the process.

Mare’s udder will seem full and even can spill milk, while her stomach will look dropped, and the foal will start coming out. We advise that the mare is provided with a big stall shielded with straw, fresh water and hay. The mare will start showing signs of being uneasy, and will lay down before the foal is finally born. After an hour, the little horse will stand up and start walking, and will be able to be nursed two hours after its birth.

We successfully covered all the areas of the horses’ breeding process. Hopefully, you will find this article helpful and enjoyable.

In case your mare is carrying twins, think about the situation and bring a decision that is in the mare’s and the foals’ best interest.

While the work one should be doing before and during the mare’s gestation seems like a lot, we are sure that the whole labour will be worth it and will pay off. The reward is simply too cute – a young and a healthy little foal.

Since the period of the mare’s gestation lasts for almost a whole year, make sure you are prepared for such a great and noble sacrifice of your time and resources.

After the mare gives birth to the foal, you will feel relieved, rewarded, and happy.

Once the foal is out, one needs to take proper care of it, especially for its good health and steady development.