How Many Eyes Do Spiders Have?

How Many Eyes Do Spiders Have? You May Be Surprised to Find Out

When it comes to the numbers of eyes a spider has, the answer has never been straightforward. In fact, a lot of people would tell you that spiders don’t have any eyes, while some would tell you that these species have up to 12 eyes. This could be confusing right? To set the record straight, we would be taking an in depth look into these arachnids and digging up the real facts concerning everything surrounding their vision. So, how many eyes do spiders have?

The answer to the above question actually lies in most of the answers you may have been getting all your life. The fact remains that spiders have different species and families, and this means that all spiders don’t have the same attributes. Depending on the family of each species of spider, there would be some physiological differences between them, and this explains why a lot of people would tell you a spider have 4 eyes, while another would tell you a spider have 8 eyes. What informs their answers is the kind of spider they have come to know.

Since we know better, we shall be sharing with you some of the different families and species of spiders and the number of eyes each of them has with you below. 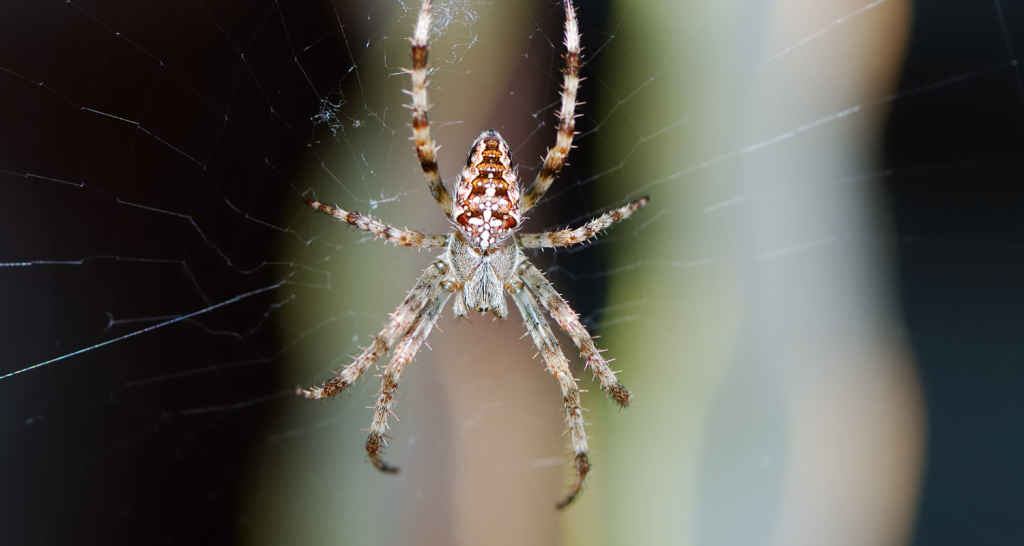 Tarantulas are one of the largest species of spiders and they are known for their great touch sense which they utilize greatly in trapping its preys. This specie of hairy spiders has eight (8) eyes, and another interesting thing about the eyes of a tarantula is that, they are not the same in terms of size. Out of these eight eyes, two of them are large and very pronounced, while the others come in various sizes, and these eyes are not even on the same spot. For a tarantula, two of the larger eyes are firmly positioned in the middle of their head, and these pair of eyes is the primary source of vision for this specie of spider. Apart from the two large eyes in the middle of the head, a tarantula also has three other eyes either side of the large eyes. This means each large eyes on the head has another three set of smaller eyes on either side which a tarantula also utilizes for enhanced vision at all times.

A jumping spider is one of the most visually accomplished specie of spiders. They are known to have a great vision which allows them to move in all conditions, and this quality also helps them in tracking and getting their prey quite easily. To answer the question factually, a jumping spider has eight (8) eyes, and all of these eyes are said to have come with high visibility even in nocturnal conditions. Jumping spiders are also one of the most social species of spiders and this is why they are one of the species of spiders that are found around the home, as they are continually drawn to man and its environment. In terms of placement, jumping spiders have four of its eyes placed firmly on the anterior or frontal end, and these four frontal eyes are the most visually enhanced eyes a jumping spider has. There are four other eyes that are firmly placed in its rears, and while these are also very effective in terms of vision, they are not anywhere as good as the frontal eyes.

It just be somehow absurd to even think a living organism could exist without any form of eyes, and it even becomes much more complicated if such a living organism is a spider. After all, most spiders have multiple eyes, and they survive mainly on preying on insects and little organism around them. So, why would a spider not have eyes? Well, while it may sound out of place, the truth is, there are some spiders without eyes, and they are known as the eyeless spiders. This group of spiders goes by the botanical name, ‘Sinopoda scurion’ and they are usually found in dark caves where there is absolutely no any form of illumination. That explains it, doesn’t it? Since there is no light in the dark caves where they live, their eyes would have been useless. In spite of the lack of eyes, these species of spiders still hunt and go after their prey and with huge success. They seem to have mastered the art of hunting without eyes. Seems like a clear case of environmental adaptation.

Apart from the three types of spiders we have listed above, there are other types of spiders out there, and all of them have different types and numbers of eyes. For instance, the recluse spiders, spitting spiders and the cellar spiders have six (6) eyes each, and these eyes are arranged accordingly according to each species physiological set up. Also, other spiders, especially those in the Nesticade family have four (4) eyes each. Spiders in the caponiidae family are known to have two (2) eyes each and there is also another species of spiders that is known to have twelve (12) eyes each. This is to say, all spiders are not the same, and each family is distinguished by a lot of features, including number of eyes.

How Many Eyes Do Spiders Have Conclusion

By now, it should be clear that in answering the question, ‘how many eyes do spiders have’, there might not be a definite answer and some of the answers which you have considered wrong in the past might have been right after all. It all depends on the kind of spider you are talking about, its specie, and family.

As a matter of fact, species and family are the main determinant when it comes to the number of eyes a spider would have, and this means you can also identify the family a spider belong through the number of eyes it has, and its physiological distribution.