How to Tame a Hamster?

You probably love to have a pet at home. A little ball (or a big one) of fur that you can give it love and care, play with it and many other things. But sometimes, when a new pet arrives at your home, it would take a while until it adapts to its new environment.

When it comes to the tiny hamsters, that just proves to be so true. Hamsters are not cowards per se, but they are quite meticulous in how to give trust to an owner that just want to care and wants to give love to its new pet.

In this new article, let’s see how to tame a hamster, how to gain its trust and what to do to make this new friend actually a good friend of ours. The answer would most likely come in the way we treat it and the environment around it.

What to know about a hamster?

Before we start with how to tame a hamster, you should know about a hamster’s behavior and features. Know your friend (I can’t say your enemy for obvious reasons) before actually making it a friend. That’s the way to achieve victory.

First of all, the hamsters are nocturnal creatures (well, mostly crepuscular animals that rise and shine during dusk and dawn), so expect to see them playing with their wheels and other objects, roaming around their new home and doing overall hamster’ stuff during these times when the sun is going down or rising up.

Secondly, they do not see that well. But they can smell you for miles. The eyesight of a hamster is very limited and it is complemented by other senses like smell and audition. If a hamster recognizes you by your smell, it would act accordingly: Good, for example if you are giving them food or bad, when you are doing something they actually do not like.

Another thing to know about hamsters is that they love to be alone before sharing with other breeds. Sometimes it works, sometimes it does not and when it does not work, sometimes a hamster could be hurt so, be careful. Your mileage may vary.

And last but not least, hamsters have lots of species, but the most prominent ones are the Syrian hamsters, the Russian hamsters, the Chinese ones, Campbell’s and Roborovski (or robos, as we can tell them affectionately)

How to train your hamster? 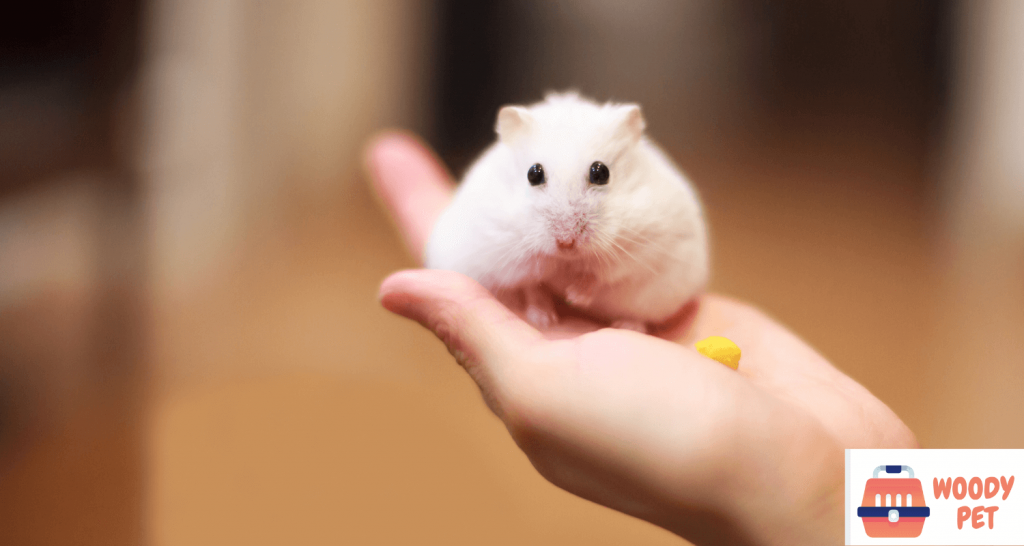 Funnily enough, how to train your hamster is not about a hamster called Toothless like some movie about dragons. But it does have trust as the main way as well, that also can work to tame a hamster.

If you put trust as the main component in the search of making your hamster behavior acceptable, it would go a long way. The hamster will recognize your smell and interact with you more if you give it space, a nice place to stay with some hideouts and places to play in and some treats now and then when doing things right.

Giving it treats directly would be very beneficial in this point because of your smell. It would associate it with you and now it will know when you are around and to do better to get more. Accomplishing that requires you to wash your hands before manipulating your hamster, in order to not introduce other odors that could come from other activities you have done before.

Try to go slow with your hands. Be gentle and do not make fast and sudden movements that could scare the little thing.

When it finally goes up in your hand, be closer to the floor in case they want to make a jump from it. You can avoid this by making it walk from hand to hand by putting one in front of the other, changing the position when your pet goes to the other.

Also, try not to hold them like it is a cat or something similar. A hamster should not be picked up by squeezing it or picking it by the back of its neck. Use the same method of the hands or you could use a coffee mug as a transporter too, making the hamster climb inside by itself.

How to hold a hamster?

There are several ways to hold a hamster without mishandling it. Most of them would require you to gain its trust to be able to pull them off without it biting you. When the confidence is there, you hamster would do more things around you like playing for example.

First of all, try to scoop your hands to receive your hamster inside its cage. Your hamster would likely smell you first and then climb in. After that, everything is textbook.

You can also use a coffee mug to get it to climb in and move it around. The hamster would do exactly the same as the scooped hands method.

Another one can be done by putting one hand to make it climb and then put the other one in front of it and on and on. For your hamster it would like an escalator, treadmill or like a video game, influencing it to do some exercise.

When it comes to how tame a hamster, like in most domestic animals, the trick is in gaining its trust. Your hamster could smell you and act accordingly: If you have been a good owner, it could climb to your hands, it could play with you more and it can also allow you to cuddle it.

You can pick you hamster up by giving it a treat or getting a coffee cup closer to it in order to get it around, to cuddle it or to play with it. The same goes to using your hands as a scoop or making them to look like an escalator, once it is in your hand.

Also, you should remember not to handle it by picking it up from the back of the neck or squeezing it. You could make the things very uncomfortable for it and it can bite you for that (and that is well deserved)