This tarantula is especially exotic and especially beautiful unlike other tarantulas. It comes to us from the shores of the Pacific, that is, from Colombia. We are familiar with two species of this tarantula, which do not differ much, except in their size. There is an interesting fact related to their scientific name, since they were first brought from the region of South Africa and South America under the name Hapalopusformosus.

There are two names that are characteristic of this tarantula, and it just so happens that both come from the German language, since they first began to breed in laboratories. One name is Big (Gross) and the other Small (Klein), hence some people call these tarantulas “dwarf” tarantulas. Tarantulas are wonderful pets that do not require much space in the home.

This particular tarantula is a great addition to your home, especially because of its decorations, but the move to keep a tarantula certainly implies responsibility. As these tarantulas are smaller than other species, they are difficult to spot in the terrarium and require special care. We therefore recommend an intermediate experience regarding this tarantula as a pet.

Pumpkin patch tarantula growth rate is something which distinguishes them from other tarantulas. These tarantulas live a medium time if they are taken care of, ie around 10 years. Their most beautiful feature and uniqueness is their pattern on the abdomen, the dominant orange color (hence the name, the color of the pumpkin), with a few black dots and lines. One of the most beautiful tarantulas and that is why it is desired by those who keep tarantulas or are in this hobby. 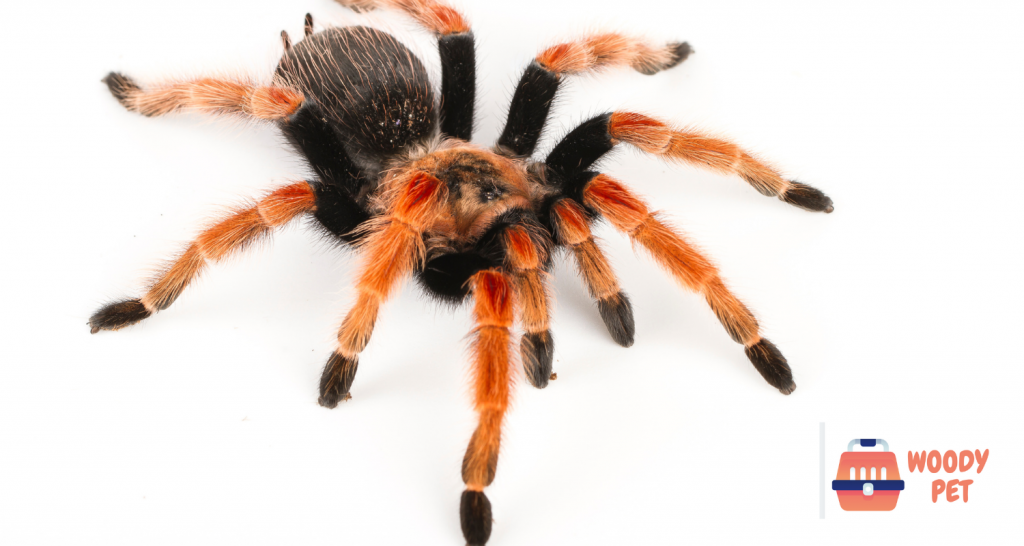 As mentioned, their size is relative. Regarding the Pumpkin patch tarantula growth rate, the larger type (Gross) grows up to 4 inches, while the smaller type (Klein) grows up to 2 inches. With proper care and regular skin change, their colors will glow, and this is especially noticeable after a successful Molt. Male tarantulas are ready for mating after the third year, but live relatively less than females. An interesting fact related to these tarantulas is that Pumpkin patch tarantula slings have a white color, and only after they grow up can you see what color they will develop, ie their unique color.

We highly recommend this tarantula for those who are at least a little familiar with this hobby, but there are people who think that this is a beginner tarantula. They are characterized by calm behavior, are obedient and can hardly do any harm. Instead of attacking or dropping hairs from the abdomen, in case of danger they retreat or flee. What makes them unpredictable in terms of care is their speed, so it should be borne in mind before taking them in hand or taking them out of the terrarium.

Although they do not show aggression towards people, they run away, but it can also be a problem if they fall from a great height and get injured during the fall. And suppose someone bites you, yet their venom is not strong enough to harm you, and even their bite is not as strong as that of other larger tarantulas. As with any tarantula, the danger comes only from urticating hairs, which can irritate the skin, lungs, etc.

They are friendly tarantulas, which are recommended for children. They are allowed to be held in the hand, but it is recommended to wash your hands well afterwards and not to touch your eyes or skin. If, for example, in the process of holding it blows in it, it will try to escape, so it should be kept low to the ground. If in the process you notice any strange behavior of the tarantula, it should be returned to the terrarium. Although they are small, they are still dangerous and you should not let the size deceive you!

As with other tarantulas, these feed on cockroaches, smaller worms, and cricket. Smaller tarantulas should feed on the smallest worms or fruit flies. Food that they will not eat should be removed from the terrarium, because in time it can decompose and infect the spider, and it should be borne in mind that these tarantulas are fragile. They are known to be big eaters, so they will not choose what food to give them, and because of this you should be careful not to overeat and their stomach weighs. 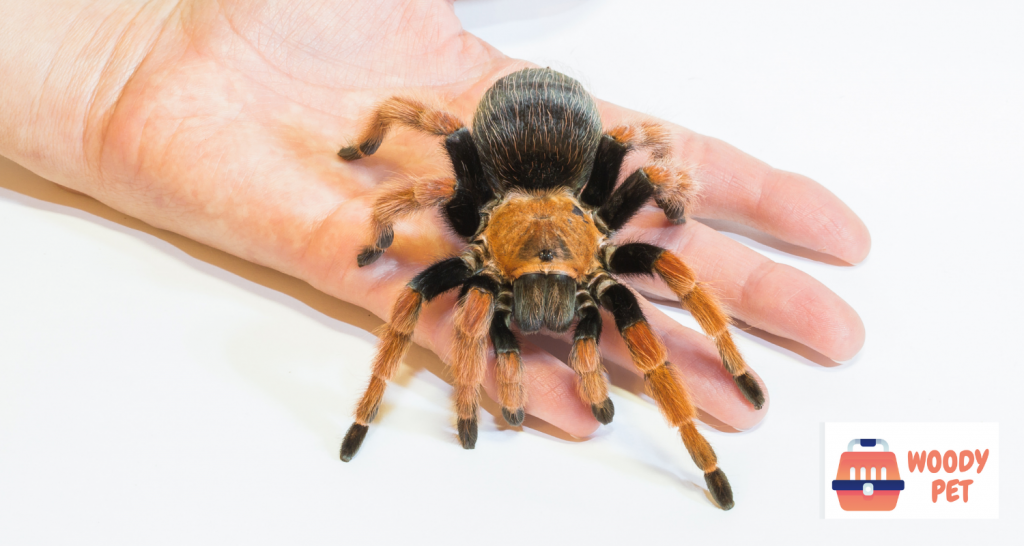 Pumpkin patch tarantula slings must be fed with food that is killed before, in order for them to remain safe. In any case, you will not have problems with diet and regular food, and this will contribute to faster spider growth and health. It is difficult to see when they need to change the skin because they dig in the ground and make their molt there. Therefore, care should be taken when giving food, so that it does not harm her during that process. Two weeks after the successful molt, she should be given food.

Because they are small in form, these tarantulas do not need a large terrarium. If you have enough money, you can give it to decorate the terrarium inside, but be prepared for all those items to be covered with a net, since this tarantula wants to knit a net. They need to have a place to hide! They need a high level of humidity, also enough substrate to dig holes. As for the temperature of their terrarium, it should be around 26 ° C. The goal is to put water on one side of the terrarium, ie to make the substrate moist and the other to stay dry. If the conditions are not affected, the tarantula will be constantly under stress. Although they require less care and want a small terrarium, they can easily die because they are fragile.