However, in this article, we will focus specifically on small horse breeds.

These interesting creatures, understandably, are descendants of the first kinds of horses way back in the past, which were also short in height, but also active, eager, and vigorous. Today’s smallest horse breeds possess many of the primitive horse’s characteristics.

Contents hide
The Difference Between Ponies and Common Horse Breeds
Which are Considered as Smallest Horse Breeds?
Conclusion

The pony breeds of horses are very adjustable in very different circumstances. They trace their roots to Asia and Europe. In fact, their distant ancestors were much more like them compared to the larger horse breeds.

Ponies are used for pulling carriage goods, pit mines, and, of course, as people’s beloved pets.

In this text we will give you a lot of valuable information about the ponies, their history, appearance, character, and what is needed for their maintenance for any of their potential owners.

The Difference Between Ponies and Common Horse Breeds

It is hard to determine whether one horse belongs in the breeds of ponies or in the “regular” ones. The organisation called International Federation of Equestrian Sports has decided that a pony is any horse below 148 cm or 58.3 inches. The measurement for horses is called “hands” and the ponies should be under 14.2 hands (hh).

However, height is not the only requirement to decide whether the breed is a horse or a pony. Other factors, like breed’s overall characteristics, such as their usage and disposition. Such specimens are the Fjord and the Icelandic Horse. They are called horses even though their measure in length fits that of the ponies.

Which are Considered as Smallest Horse Breeds? 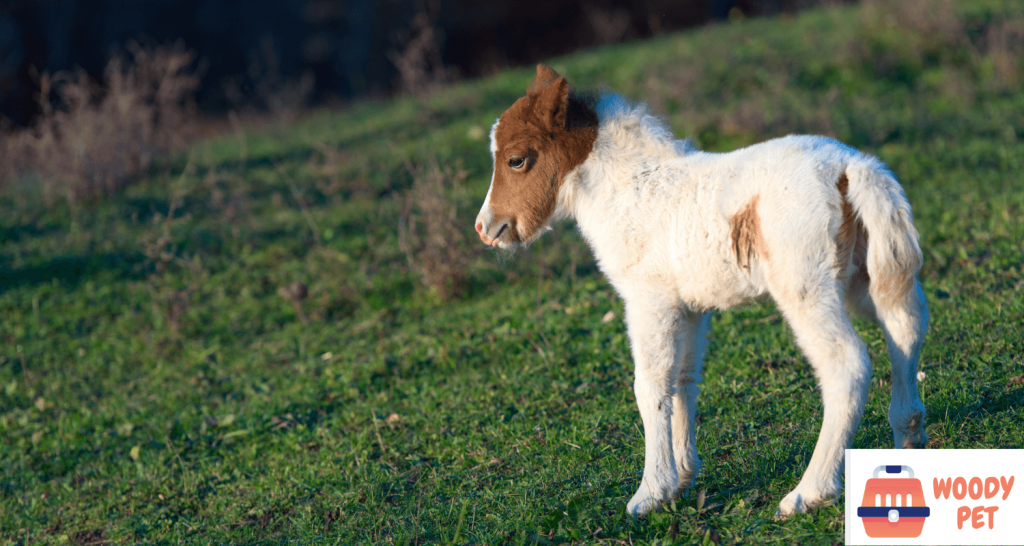 We will start with the smallest of all horse breeds – the so-called Falabella horse. This breed began its existence in the continent of South America, specifically in Argentina, during the beginning of the 19th century.

The Falabella Horse’s height goes from 21 – 34 inches, or 71 – 86 centimetres. This breed was initiated by Patrick Newtall, and later developed by Juan Falabella, the former’s son-in-law, and it carries Juan’s surname in his honour. Because of its size, this breed is brought into the list of Miniature Horse registries.

As we mentioned above, some breeds are registered as horses even though their size fits into the ponies. Such is the Falabella Horse itself. Don’t let their small appearance deceive you – they are robust, hardy and can endure very tough living conditions. Some of the bigger breeds of horses do not possess this important trait. Nonetheless, they are of kind and obedient disposition.

The representatives of this breed are descendants from a match between the Welsh Pony and the Shetland breeds. The Falabella resembles the Shetland and Welsh Pony in their strong building and short legs, typical for a cob. Also, the Falabella horse is connected to the Criollo horse, a local breed from the region of Pampas, fertile lands that are included into the territories in Argentina, Brazil, and Uruguay.

Second – smallest breed of horses is the Miniature Horse. They are 33.8 – 38 inches (86 – 97 centimetres) tall. Noteworthy fact about them is that they have an impressive lifespan – the Miniature Horse can live up to 35 years. The average lifespan of the horses in general is from 25 to 30 years.

The Miniature Horse goes back to the 17th century, when the wealthy noblemen kept them as pets. Afterwards, they were developed into working horses – in the coal mines in particular.

Due to their small looks, their breeding can be tough. Also, if they are overfed, it can lead them to problems with their teeth, and can cause them to get colic, a terrible condition that manifests itself with horrible abdominal pain.

Despite the aforementioned cons, they do have other traits alongside their long lifespan. The Miniature Horse are good as pets, but also are used as guides for the blind people, as well as persons with other disabilities. They can also participate in contentions such as cart driving and jumping.

The third-smallest horse breed is the Shetland Pony. We already mentioned them as ancestors to the Falabella Horse. Interestingly, some of them are listed as Miniatures, that are below 34 inches, and others are deemed as Standard, because their height can go from 34 to 41 inches (86 – 104 cm).

They have a long history, even as far back as the Bronze Age. The Shetland Pony is a breed that got its name from the Shetland Islands of Scotland, where these ponies are adjusted to the shortage of food and the tough weather conditions.

The Shetland Pony is a product of the breeding between the famous Gallic and Nordic horses, adaptable to the hard environment they lived in. They are smart, daring and kind.

With time, they became capable of working on farms, mines, and dragging peat and coal baggage. Even till this day, they are deemed as the toughest horses in the world! They still can pull heavy weight, up to twice the weight they are themselves. The Shetland Pony are considered as small horse breeds for riding. They are commonly used for riding by the kids, and more rarely for racing.

We went through three of the smallest horse breeds in the world, and we believe that we covered them pretty well.

They are loveable animals, worthy to be owned and cherished as pets. The Falabella Horse, the Miniature Horse and the Shetland Pony are tough, resilient, endurable, but also docile and smart creatures.

Common and amazing things about them are their amazing histories, which go way back, and their development through the centuries as being more and more useful to human beings, even as far as helping the less fortunate ones as guides. The more you get to know them, the more you will love them.

The small horse breeds are blessed with a long lifespan, and if you want to be their owner, we advise that you take good care of them, so that you can keep their quality of life high, as well as having them for as long as possible.