We must admit that this tarantula is not popular in this hobby, because it is not something special in terms of its colors, and it is also very common. Those who keep tarantulas are interested in more exotic tarantulas. These tarantulas have brown, black bronze legs on their stomachs. This tarantula is known for being very calm and obedient, and also lives very long. Females live more than 30 years, while males live about 10 years. They can be found in the wild in Texas, Oklahoma, Missouri and Arkansas, are often seen crossing deserted highways and are often run over by cars in search of a female for mating. Due to the place they come from, there is no need for wet habitat, ie they need dry habittat.

It’s very interesting the facts regarding the Texas brown tarantula male vs female. Female tarantulas live longer than males, and certainly differ in their appearance. Female tarantulas have sharp brown lines that go black, especially in the abdomen. The fact that they are medium-sized tarantulas and because they are not aggressive, they are great for pets, although experience shows that they are not the first choice of those who keep. They are calm and obedient, so they are a good choice for pets, they are recommended even for children, and they immediately become friends with them. They do not need a lot of space, so they are a nice decoration for your children’s room.

This thing is possible, and it is not difficult at all, on the contrary it is recommended because this tarantula is calm and non-aggressive. They are friendly, so you can let this tarantula walk on your hands and walk on your body, and you can make beautiful pictures with your pet. Ultimately, if they feel scared, they can get on their front legs, but they will not attack or bite you. They can use their urticating hairs. But if attacked, they would run away and try to hide somewhere. 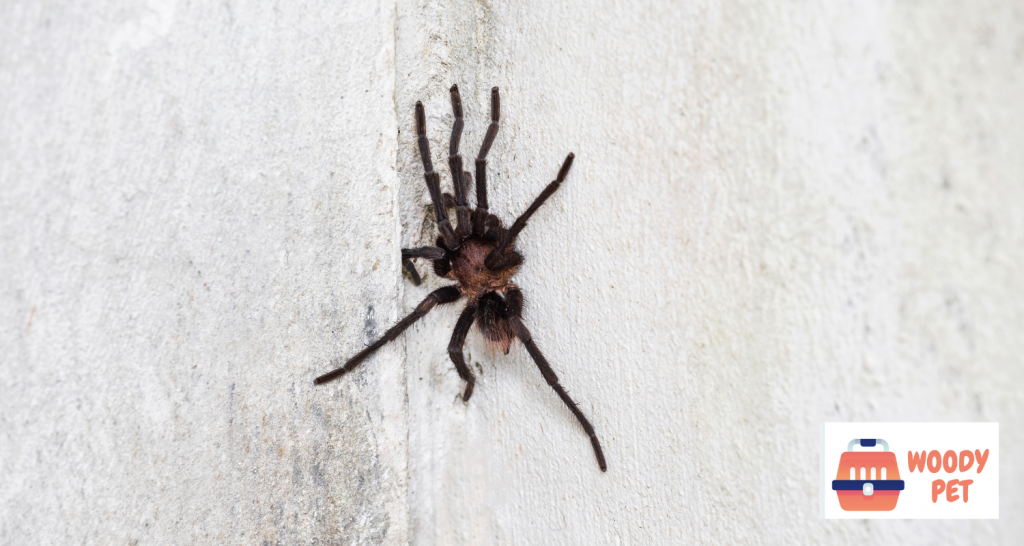 These hairs are dangerous only if you are allergic to them, so if you know you are, we do not recommend keeping tarantulas at all. However, you can not be sure, each tarantula suits itself and differs from the general facts about them. As for diet and food, this tarantula has no problems with that, except when it needs to perform the molt process. Their food consists of cockroaches, worms, locusts, crickets. Smaller insects should always be fed to avoid injury. Uneaten food should be removed from the terrarium.

This type of tarantula is known for wanting to dig tunnels, so most often in the terrarium you can see how it is buried underground, so in relation to the terrarium you have to choose someone who will capture its habitat in the wild. They do not need much space, so the terrarium should not be large. A terrarium can be easily found for them, ie it can be bought from Amazon or a local seller. It needs to be three times the size of a tarantula. As for the temperature, it should be around 26 ° C. 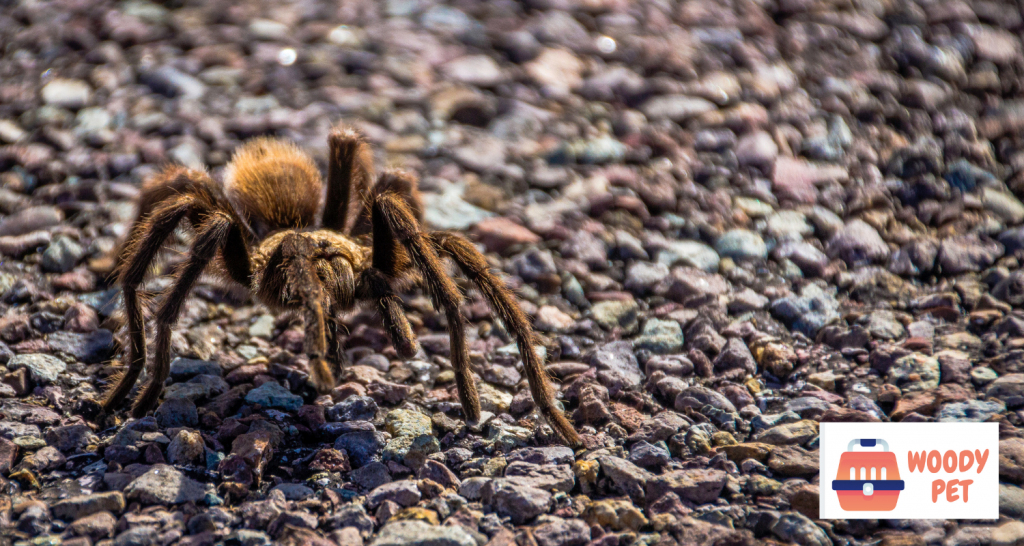 But you should not worry, she is buried in the ground and because of that it will be at least 2-3 degrees warmer than the room. It does not need much humidity in the terrarium, because they come from places where there is dry soil. Of course, you should always have water in a container, placed inside the terrarium. There is nothing special in the Texas brown tarantula  Habitat, so be free to let your creativity.

Male tarantulas go through several stages during their maturation, after their last molt, they acquire lighter colors and their legs become larger. In the mating process, the male tarantula can be eaten by the female tarantula, and if the process is successful, you can expect eggs in the next three months, or about 300 small slings. At home it is harder to breed them, most often wild reproduction is more successful, so if you find eggs, you are free to raise them. The breeding months are from May to November, so people in Texas are often warned when their mating season comes, as tarantulas emerge from their burrows and bushes in search of the female tarantula. That’s why this love story is also called Texas brown tarantula male vs female.

This tarantula is not very popular among enthusiasts, but that does not change the fact that it is especially beautiful and a good choice for your new hobby. You need to first educate yourself about caring for this tarantula, and then approach its care. Although calm, they are fragile and vulnerable, but with good care they live up to 40 years! They are not aggressive, so we encourage you to take them in your arms and hold them, and they are a good choice in the method of overcoming your fear of spiders.

They are usually slow, but you should be careful not to fall from a great height, as they may die in the fall. If you notice that she rises to her hind legs, you should leave her alone. Their food and diet is not complicated, so you can experiment and see which food best emphasizes its colors. If they do not feel safe in their terrarium, they will stop eating and often hide in tunnels, so you need to give them good care.