The Most Beautiful Horse

In general, horses are beautiful animals. Throughout the ages, there was often a contest for the most beautiful horse. Such titles have existed since ancient times, and they’re still present among the horse owners and breeders to this day.

In today’s world, often horses who are considered to be more beautiful are within the category of the most expensive horses as well. Breeders pay a significant amount of money, only to have a beautiful horse in their stable.

Stay with us while we discuss some of the most beautiful horses and horse breeds in the world.

The Most Beautiful Horse in the World

There is no official title as “The most beautiful horse in the world”, however, the social media community and experts are agreeing that it is probably the Golden Akhal-Teke from Turkey.

Akhal-Teke is a horse breed descended from the ancient Turkoman breed, which is now extinct. It is considered as one of the first horse breeds that we actually domesticated – these horses have been friends of the people for more than 3,000 years now!

Throughout the years, it was mixed with various breeds, in order to create the breed we know today – a breed that is definitely deemed as one of the most beautiful ones. They usually grow between 147cm to 163cm and their coat is shiny and looks polished.

The shining comes from their coat structure – being initially natives to the Turkmenistan deserts, they needed to camouflage in such an environment, which explains their color. A

This particular horse, deemed as the most beautiful horse in the world, has a distinct golden coat, which makes it look like it came straight from a fairytale. Its look gets even more dazzling and glittering when the coat is exposed to sunlight.

This definitely explains why the Chinese have named these horses as “horses that descended from paradise”. Looking at this horse, we can most certainly agree with them.

Other Most Beautiful Horse Breeds 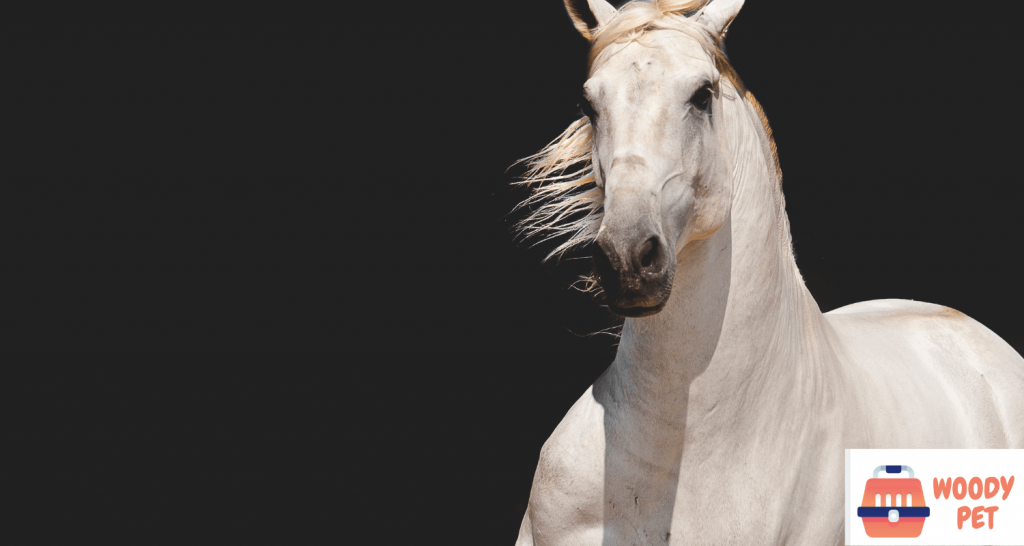 This is another magnificent horse breed. They are usually found in black color, but they can also be dark brown and chestnut. Friesian horses are also in high demand and they’re widely esteemed by the horse enthusiasts all around the world.

Originated in Friesland (hence the name), a Dutch province, this breed of horses possess both beauty and strength – they are as powerful as they are graceful. Their peak popularity was during the Middle Ages – which knight wouldn’t want a Friesian horse by its side?

One of the greatest benefits of this breed is that they can be trained easily, making them even more in-demand. They are a high-stepping breed. Species from the Friesian breed have been also deemed as “the most beautiful horse in the world” in the past years.

Originally used as a pulling horse of gypsy vans (from where they got their name), this breed is also very strong and very graceful. They have broad shoulders and heavy bones, which is one of the main reasons why they were used for pulling wagons. Despite their strength, they are incredibly calm, which makes them great companions.

They originate from the British Isles (Great Britain and Ireland). It can be found under many different names, “Gypsy Cob”, “Gypsy Horse”, “Irish Cob”. Their most distinct features are the long hair and the feathering coat. They have rather long hair – starting from below and knees and going all over the hooves.

The Gypsy Vanners are usually black and white, even though there is a Blue Roan type, which is considered as the most beautiful one. This is also the most in-demand (and most expensive) type of this breed.

When you think of a horse, usually this is the breed that first comes into your head. Arabian horses are one of the most popular and recognizable breeds worldwide. This does not come as a surprise as it is also one of the oldest horse breeds known to humankind (some even call it “the truest horse breed of them all”.

Originating from the Arabian Peninsula, it often enchanted travellers through this region, and that is how it started spreading all around the world. This resulted with the Arabian horse DNA to be found in almost every breed we have today.

Arabian horses have rather distinctive features: they have sharp faces , large nostrils and erect ears, which is one of the most distinguishable features of this breed. They are also very gracious, strong, endurant, and beautiful – and are also very often in the race for the most beautiful horse in the world.

The Arabian horses have been our friends for many many years. This made them one of the most people-friendly breeds, who love to socialize with humans and enjoy human company.

It is a very tough decision to select the most beautiful horse in the world. There are breeds that are simply stunning with their beauty, strength and graciousness. Moreover, there are horse breeds that are very social and adorable, so deciding what horse, and what horse breed is the best, might be a dead race after all.

The Golden Akhal-Teke, the Friesian, the Arabic, the Black Forest Horse, the Andalusian, or the Mustang – there is definitely a large variety of breeds that enchant us with their glorious looks. They all come from various places in the world, but they all have one piece in common – throughout the ages, people stopped and wondered upon their beauty.

Of course, if you would like to be a proud owner of one of these species, you will have to chip in – since none of them comes at a cheap price. These horse breeds are very valued and sought after, and they often participate in competitions, so make sure you sign up on a waiting list if you want to have one of them in your stables.