What do spiders eat? – A spider’s daily menu

If you are someone that likes to watch a lot of movies and TV shows, then you have probably seen scenes where people are wrapped in a web and die by being eaten by spiders.

These kinds of movies are mostly responsible for one of the most common phobias out there called arachnophobia or intense fear of spiders. Spiders are part of a group known as the Arachnids hence the name of the widespread phobia. They are found in every part of the world except Antarctica, so if we are going to live with them, we ought to know more about them.

First of all, you don’t have to worry because humans are not a food source for spiders. But, now that we have established that, you might wonder, what do spiders eat in order to survive?

With that said, let’s see what’s on a spider’s daily menu.

So What does a spider eat?

Before we ask ourselves what does a spider eat? , we must mention that there are thousands of spider species and their diet mostly depends on where they live and how big they are. That means that they have different diets and we might have to generalize a bit when we talk about them. The good news is that the majority of them have very similar digestive mechanisms so that might help us narrow down their diet. 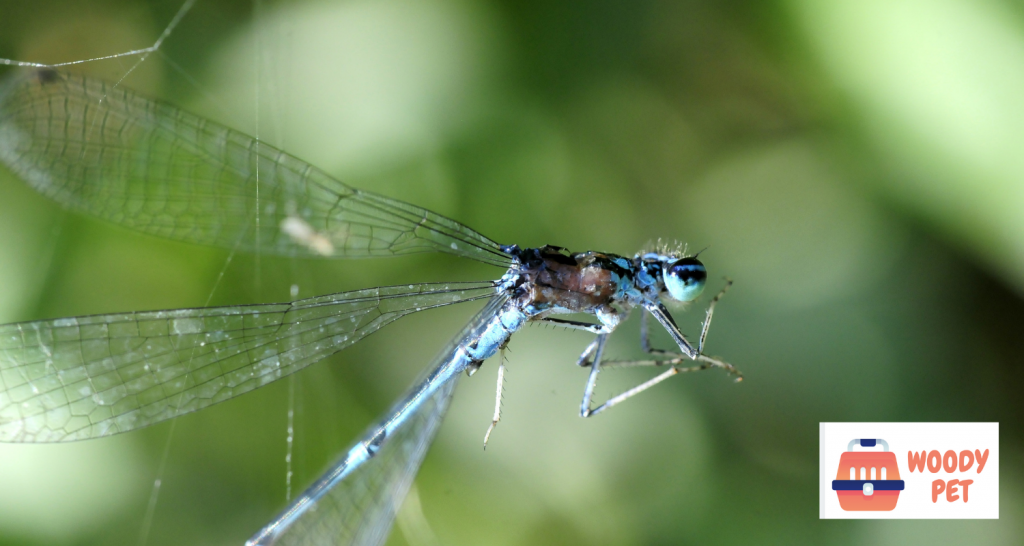 Web-building spiders tend to teat insects like moths, flies, mosquitoes, etc. When we talk about what do spiders eat? – Hunting spiders are something else entirely. As the true hunters that they are, they like to camouflage themselves and jump on their prey when it comes in close proximity to them. They usually eat crickets, grasshoppers, beetles, etc. Lizards and frogs are also on the menu for some giant hunter spiders like the huntsman spider. Others have been known to prey on even bigger animals like birds and bats. What they all share is their love for live prey. Yes, spiders don’t like to eat anything that hasn’t been killed recently.

In conclusion, some spider species build webs to catch food. They are also called passive hunters – they wait rather than walk around and attack. On the other hand, other species like wolf and crab spiders don’t really have the patience to wait around all day. They actively seek out and hunt their prey.

What do spiders eat other than bugs? – Plant-eating spiders.

Most spider species like their meat and don’t feast on plants. The reason behind this is that they can’t really digest it. They have to liquefy their food beforehand so that means the cellulose of plants is a big no for them. However, there are a few of them that make an exception and we like to call them plant-eating spiders. These spider species occasionally want some salad with their steak. Among those plants there can be seeds, leaf tissue, pollen, nectar, plant sap, etc.

Among the jumping spider species, there is one that dwells on the Acacia tree and feeds off the nectar that the tree provides. This spider is mainly found in Central America. It has a unique digestive system that can digest proteins, sugar, and even some fats. Even that didn’t surprise you then you should know that there is also a species of water spiders that build their web underwater. These spiders mostly feed on fish. This goes to show that what do spiders eat is not an easy question to answer after all.

How much they eat is another topic on its own. Studies have shown that spiders tons and tons of insects and bugs every year. A little comparison so you can comprehend the idea – they eat more insects in a year than we eat meat and fish. Some species can also go for long periods of time without eating. Crab spiders are one of them. They are so patient while waiting for their prey that they can even go for days or even weeks without eating.

What do spiders eat in the house?

House spiders have no reason to bite you or any other animal which is too big for them to eat. They are not aggressive creatures and can only bite if they think they are protecting themselves. We may be scared of them, but we are the ones killing them most of the time. We are the most dangerous predator in their eyes. 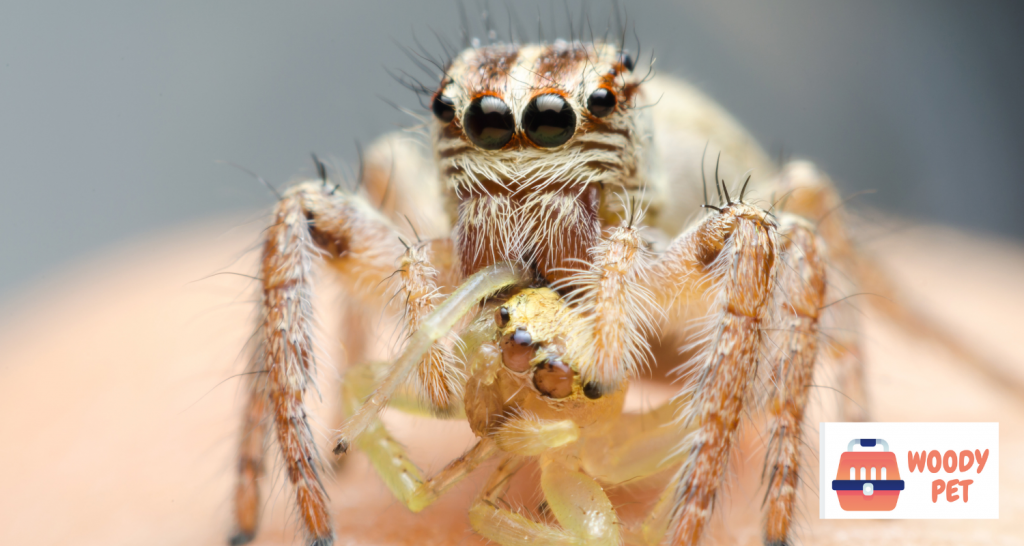 So what do spiders eat in the house? Believe it or not, they are very valuable creatures to have in your household. They keep other insects from occupying your home. Common indoor pests, such as earwigs, mosquitoes, roaches, clothes moths, and flies are what spiders usually eat in the house. So not only do they provide excellent home pest control, but they also stop the spread of diseases which are transported by insects like cockroaches, fleas, and mosquitoes.

If you want to find out what do spiders eat in your home, just check under their webs. That way you can find out if they are pulling their weight in the household.

All in all, we can conclude that spiders, in general, don’t deserve their scary reputation. But we can understand the fear, they have lost of legs and almost all are venomous. But, they don’t feed on people, they rarely bite and even if they do, the venom of most species is too weak to cause any issues in humans. Some people just think of spiders as insects and put them in the same category as invaders like ants and roaches. On the contrary, they like to protect our food that these invaders want to take. They are basically on our side.  It was In hope of clearing their name that we wrote about what do spiders eat in reality. And the more we know about these misunderstood creatures the less new cases of arachnophobia.