What Does Dog Dandruff Looks Likes?

What does dog dandruff look like? Yes, dandruff in dogs

Today’s topic is about dandruff, that dust coming from our heads, which can manifest some itchiness, irritation and an oily skin. It does not look good when you use darker clothes (because of that “snow” falling on them) but it can get so severe that could also lead to hair loss.

Basically, that is why there is an industry behind it, trying to remove that nasty dust from our head and hair with their shampoos and lotions. But is this an issue that it is only limited to humans? Can some animals like our dogs actually have dandruff?

In a word, yes. Dogs can also have dandruff, just like humans. I mean, look at them! They are a ball of hair after all, and that is the perfect scenario for dandruff to form. Let’s find out what does dog dandruff look like and what can you as owner do to prevent it or treat it.

So What Does Dog Dandruff Looks Likes

If you’re unsure whether or not your dog is suffering from dandruff, look out for these revealing signs. Is there increased scale formation? Can you see hair loss, a greasy hair coat, excessive itching, or crusting? Also, if when you’re snuggled up on the sofa watching TV, your nice leather sofa is littered with a white film when your dog jumps up, they’re quite possibly suffering with doggie dandruff. 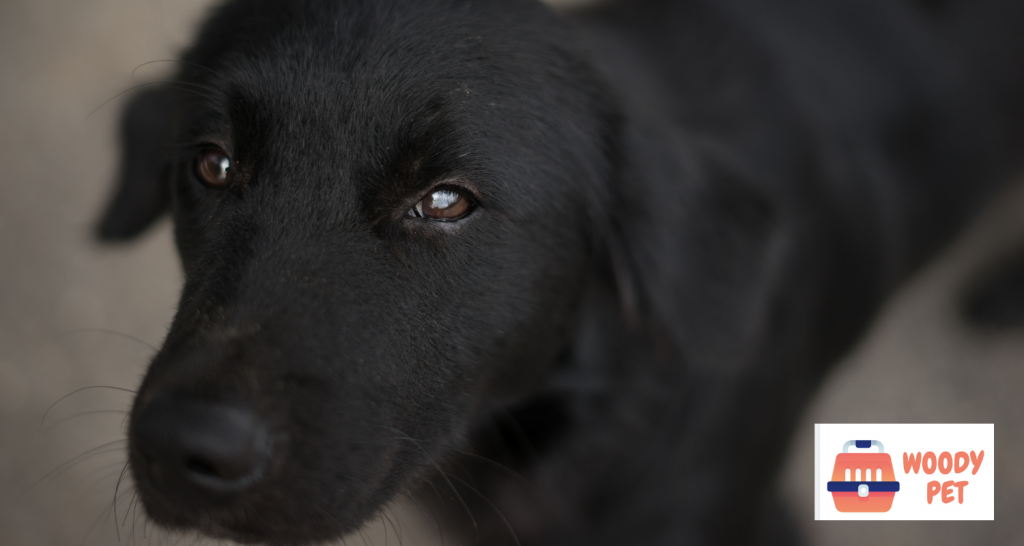 But what is causing your dog’s dandruff, I hear you ask. The two most common causes, are hormonal disorders and allergies. If your dog is under five, then it is most likely due to allergies or a genetic condition. However, there are other causes of dandruff to be aware of. External parasites, mites, fleas and ringworm can also all cause dandruff.

Diagnosing dandruff is a relatively straight forward procedure. Your vet will usually diagnose the condition with just a physical examination. However, a more thorough examination may be required if they cannot establish the cause of the dandruff from an examination and conversations with you, the owner.

How do I treat my dog’s dandruff?

After seeing what does dog dandruff look like (like salt or snow in their hair), your main course of treatment for how do you treat your dog’s dandruff will be keratolytic products. This will entail applying products like specifically engineered shampoos that can help tackle dandruff. The shampoo will be used frequently for the first few weeks.

It is common to see more dandruff in the first two weeks. This is the product loosening up the scales, and continued bathing will then remove the buildup. The vet may also recommend an ointment or gel for you to apply each day, this too can help curb the snow.

If the dandruff is caused by an underlying condition, the vet will look to treat that too. That may entail medication and therapy to remedy any hormonal disorder, or to help tackle any allergies. If medication is required, it may take a little while longer to get the dandruff under control, but be patient!

Fortunately, your dog will not need significant time to recover from dandruff, nor will it take months before you see signs of improvement. The dandruff situation may be under control in as little as a few weeks, and your dog will be back leaping on top of you in no time, just hopefully not showering you with a sea of dandruff anymore!

How does dandruff compare between dogs and humans?

Let’s go with evaluations to see how does dandruff compare between dogs and humans. It can be very similar in some points and very different in others, but in what does dog dandruff look like, it would be so close in how it looks on humans.

Dandruff is a condition that can affect humans and many animals, and for that reason there are a vast number of similarities in the way the condition manifests itself amongst humans and dogs. Some of those similarities are: Dandruff in both can cause hair loss, it can manifest itself as crusting and increased scale formation, it can cause both humans dogs to then suffer from secondary infection and inflammation and finally, both humans and dogs will have to fight the urge to itch the problem area. 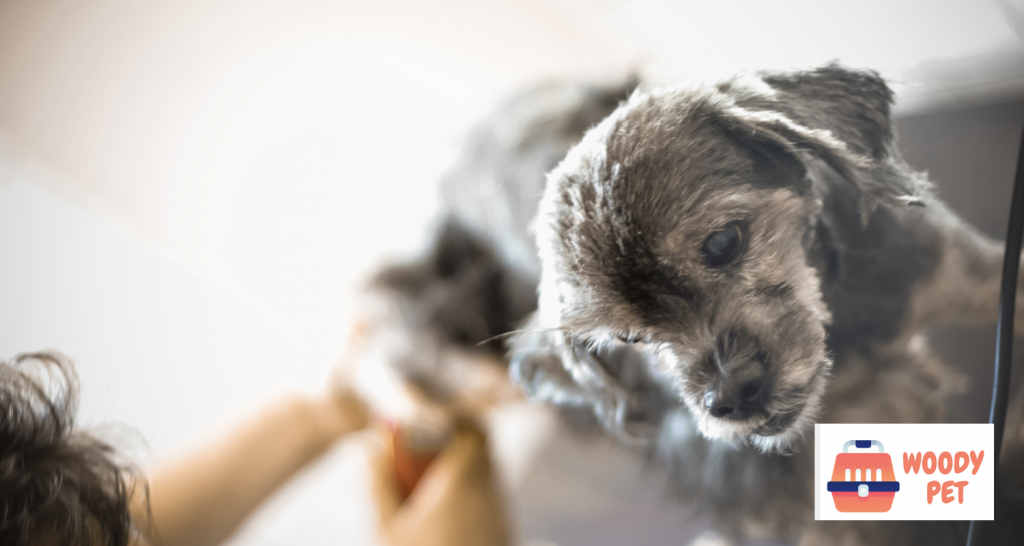 There also some obvious differences to look out for. Some of those dissimilarities are as follows: In dogs, a greasy coat can be a symptom, but it will be much more visible than mild greasiness on the head of a human, secondary infection is more likely in dogs, as humans in general keep their head cleaner and, when it comes to allergies, dandruff in humans often comes about from allergies to hair products, dandruff in dogs is more likely to be brought on by more obscure allergens in their environment.

To wrap things up about this topic, dandruff can also happen in dogs just like in humans, with some minor differences but same itchiness and discomfort and when asked what does dog dandruff look like, the answer could be a somewhat different from humans but not by a great margin. It is the same crusting and increased scale formation and makes a greasy coat on the hair of a dog, less than in humans.

The way to prevent it is by trying to make the dog’s hair cleaner more often. That means more baths with shampoos that do not produce allergic reactions in the skin of the dog and to do that, maybe a trip to the vet would be necessary.

If it is already happening, shampoos with keratolytic components would be probably the main answer to the dandruff. Your vet would diagnosticate the cause of this awful symptom and prescribe the best shampoos and lotions possible for keeping your dog’s clean from dandruff (even if it that sounds like an ad)