Why Does Dog Lick Paws?

Contents hide
Why does dog lick paws? There are many reasons
So why does dogs lick their paws?
Why Does Dog Lick Paws – How to stop them?
Can a dog lick its paws because it’s bored?
Conclusion

Why does dog lick paws? There are many reasons

Itching, the annoying effect of an irritation of the skin, caused by many reasons but hated by everyone and everything in this world. There is not worst sensation that when you can not relieve such itchiness in any part of your body, even when you are scratching, using something to soothe it or trying to pretend it does not exist at all.

Animals feel exactly the same way as humans, although in some cases they can use their tongues to relieve some of that awful sensation. This is especially true with dogs because of the warm soothing sensation that their tongues could give to some of their body parts like their paws.

But why though? Why does dog lick paws? And what can that mean? Is it a good thing or is it an indication that something is not good at all? Let’s see what could this behavior mean for a dog.

So why does dogs lick their paws?

When your dog is constantly licking, it’s important to find out why. Stopping this habit often means finding and correcting the causes of itchy feet.

First up, this can be caused by parasites, especially ticks, harvest mites, sarcoptic mange mites or demodex mites. These do like to snuggle up in the warm crevices between the toes. These itchy critters act as a source of irritation and lead to a dog constantly licking their paws. 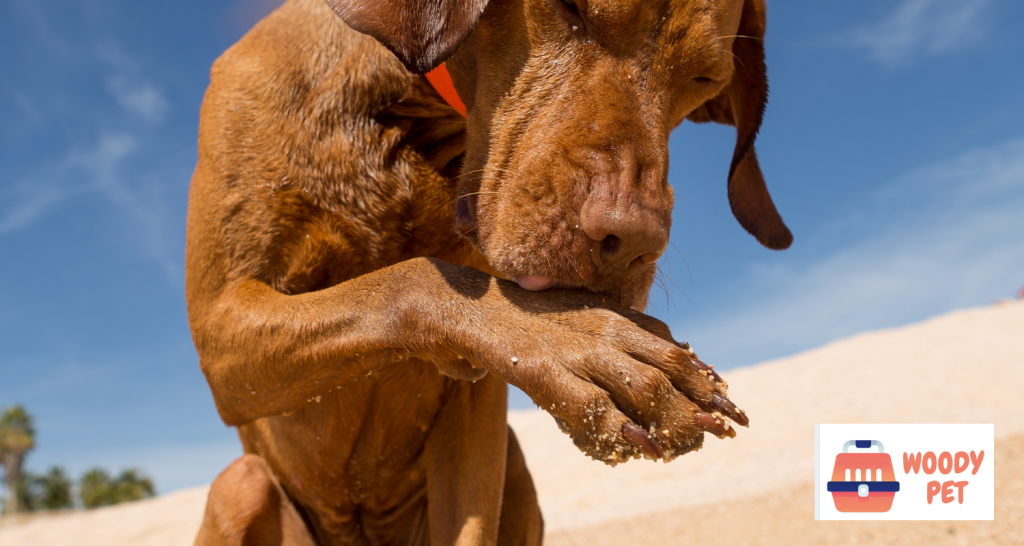 Following up like the main reason why does dog lick paws is most likely atopy. Atopy is like the fancy word for allergies. And in dogs, allergies can be caused by pollens, dust mites and molds. Yes, exactly like in people.

Malassezia, or the equivalent variant of an athlete’s foot in dogs, can also happen and cause irritation and make your dog lick their paws. Malassezia is a normal inhabitant of dog skin. But if the skin gets moist or damaged, the yeast take advantage and breed out of control, causing an itchy infection.

Finally, irritation and foreign objects can cause your dog to lick its paws. In the case of irritation, this can be cause by a product you use to clean your house’s floor for instance. Bleach could probably cause this symptom to appear. And when it comes to foreign objects, they may be the reason for this highly focused attention. Check it out by examining the dog’s paw, looking for an angry red bump or blister between the toes.

Why Does Dog Lick Paws – How to stop them?

So, with why does dog lick paws out of the way, let’s find out the answer to how do I stop my dog from licking their paws.

Starting with medication, your dog would probably not react or have a significant change if you give it Benadryl to alleviate the itchiness in their paws. It is already too late to do so when it is already licking them.

So, what can you do to prevent that from happening, or for treating it if it is already happening?

First up, wash their paws. Rinse their paws off, especially after walks in the summer. If the dog has allergies, rinsing allergens such as grass sap from the skin decreases the exposure, which decreases the trigger for itchiness. 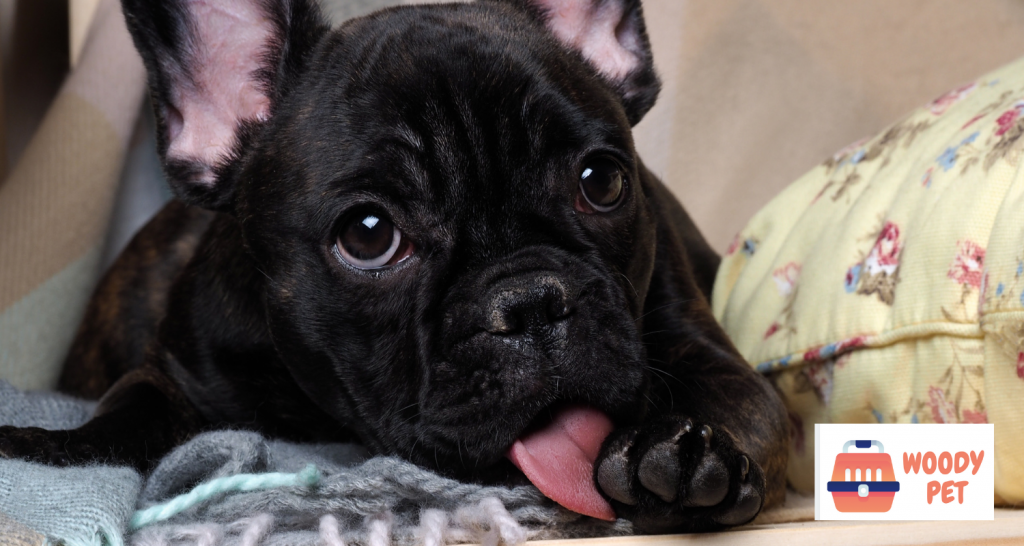 Next, look up for infections that need attention. Bacteria or yeasts that invade the damaged skin will make the dog itchier. Try bathing the paws in dilute chlorhexidine twice a day, then dry the paws well afterward. This disinfectant can help control both bacteria and yeasts.

Another thing you can do if your dog does that just for comfort is to give it plenty of exercise and a pleasant distraction from anxiety, in order to make it forget to lick its paws for a while.

Finally, use an Elizabethan collar (also known as an E collar or famously known as “cone of shame”) only as a last resort if the dog’s scratching and chewing is drawing blood. This is because the itch remains, but the dog just can’t get to it, and this is potentially a low-level torture. Use the cone for only as long as it takes to get a vet appointment.

Can a dog lick its paws because it’s bored?

Sometimes, your dog would lick its paws not because infections, irritation, allergies, step into something, etcetera. Your dog may be just bored. Yes, A dog can lick its paws because it is bored. And this is as destructive as the other behaviors that answer why does dog lick paws.

High-energy dogs may become frustrated, and often engage in destructive activities that may include excessive licking and chewing of the paws. These are mainly caused by boredom. So, don’t leave your dog at home alone for long periods of time. If you must leave your dog alone, give it a Kong or a toy to keep occupied.

So, why does dog lick paws? There are many answers to this question. Mainly, irritation, parasites, fungus, boredom, a foreign object, allergies, etcetera.

There are specific reasons for this behavior, and it is up to you, as the owner, to try to figure out what the problem may be. If the behavior appears suddenly, continues for an extended period of time, or is accompanied by bleeding, swelling, limping, or odor, the best thing to do is to see a veterinarian and have them do the investigative work with the right diagnostic tools.

Don’t let your dog’s paw-licking get out of hand. Sometimes, it can become an addicting habit that is difficult to eradicate. Dogs who lick their paws excessively often develop stains on the fur of their feet (if they are light-colored), swelling and sometimes excessive licking may cause moisture to become trapped between the dog’s toes, making it an ideal setting for an opportunistic infection.