There aren’t as many refreshing foods as pineapples out there. That’s why, on a hot summer day a pineapple is definitely the right choice. But we don’t eat it only raw or only during summer. We tend to cook it, juice it, put it in our smoothies and even on our pizza. It’s a very versatile fruit.

But have you ever thought can animals eat it, even more specifically guinea pigs? We admit, feeding your pets exotic fruits is not a common practice. But should it be a practice? If we are talking about guinea pigs, it’s commonly known that they have very sensitive stomachs and due to that – very restrictive diets. So, can guinea pigs eat pineapple?
The answer is yes, they can. But if you want to find more about how often and how much pineapple you should give them, just keep on reading!

Benefits of pineapple for guinea pigs

Pineapples also contain a lot of potassium which normalizes blood pressure and controls the workings of the heart. Calcium which in excess amounts can be a real danger to guinea pigs is not that high in pineapples. That means they are not likely to cause them urinary stones. The same also goes for sodium. The slightest amount of sodium found in pineapples can’t cause bloating or other tummy issues like other foods can. Pineapples do not have a lot of calories. So even though guinea pigs are known to gain weight pretty easily, pineapples won’t be the cause of that. 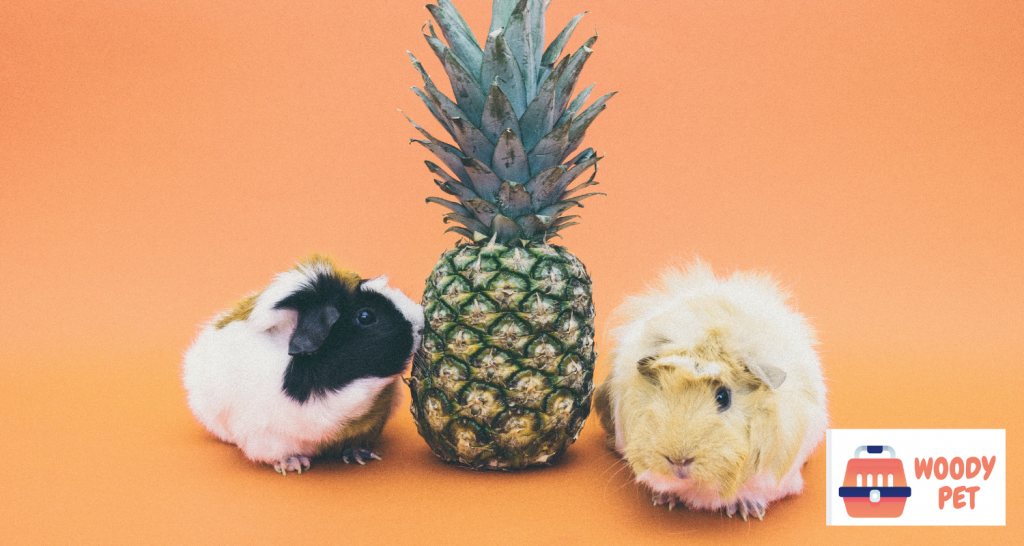 The amount of magnesium found in apples will keep your guinea pig’s muscles strong and by doing so will provide a healthy cardiovascular system. The fair amount of manganese found in pineapples will keep your guinea pig’s immune system in check. Manganese as a powerful antioxidant helps in fighting and preventing many illnesses. Vitamin K, also present in pineapples, helps with blood clotting and can be essential if your guinea pig injures itself and suffers some blood loss.

Even though there are a lot of positives, unfortunately there are also a few drawbacks of giving pineapple to guinea pigs. First and foremost, pineapples have a lot of sugar. Sugar if fed in moderation, won’t cause any health problems for you guinea pig. However, if you feed them sugary foods often they can easily gain a lot of weight and become obese. Their stomachs are also not programmed to digest large amounts of sugar.

This can lead to diarrhea and stomach aches. Diabetes is also a common issue among older guinea pigs. So, before you give them sugary foods, be sure to read about them first. Natural acids found in pineapples can also cause problems. Mouth sores are one of the most common problems due to this. It can also cause irritation to the digestive tract. So can guinea pigs eat pineapples? The answer is both yes and no. If you feed them regularly it can definitely cause some problems, but if you feed them in moderation – they will love you for it.

So now that we answered can guinea pigs eat pineapple positively, you probably want to know how often should guinea pigs eat pineapples? We recommend giving them a slice of pineapple once or twice a month. Some argue that you can treat them with pineapple up to twice a week, but we think that it’s better to be safe than sorry. You may feel tempted to give them some more because they love it so much, but don’t be fooled. They will love you on the long run because they will live a long and healthy life. Otherwise they can easily suffer from digestion issues and obesity. 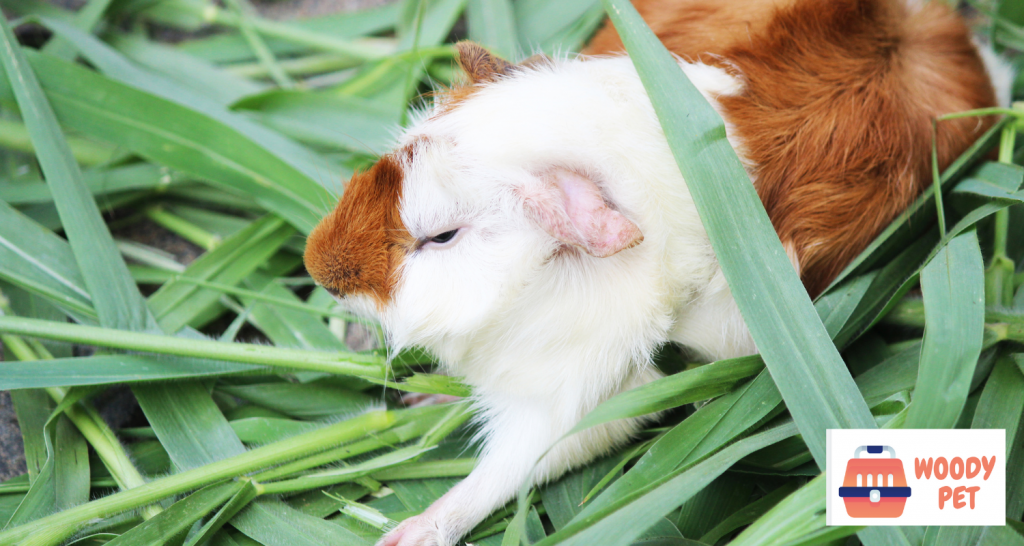 If you have never given any fruit to your guinea pig and want to start now, it’s our recommendation to avoid pineapple for the time being. Start with something easier for digestion like apples for example. The amount of sugar in the pineapple can be a bit of a shock to your guinea pig’s system all at once. When you start with other foods, then gradually start adding pineapple in their diet. That way you can be sure that their organism is prepared for what is to come.

In addition, we also suggest you avoid giving them any canned or dried pineapple. They contain a lot more sugar than raw pineapple and can cause much bigger problems than the ones we already talked about. Also make sure you remove the pineapple skin, leaves, core and tops before serving it to them. Pineapple leaves as well as pineapple skin have a lot of thorns. The same goes for pineapple tops. They also contain enzymes that can act as toxins to our guinea pigs. The pineapple core is not toxic to them, but it is pretty tough so we suggest you remove it.

So, it looks like can guinea pigs eat pineapple is not a simple question after all. The answer is not so simple either. Like most foods when talking about guinea pigs, pineapples have a lot of benefits but also a lot of drawbacks. It all comes down to the portion size and how often you give it to them. Unlike cilantro for example that you can give them every day, pineapples should be saved for more rare or let’s say special occasions. They love eating it and it may hurt you not to treat them more often, but remember that they are not aware of their own health. You are the one responsible for it!