Most people know radishes as small round vegetables with red skin and white on the inside. The truth is that this is only one kind of radish and there are a lot more out there but they are less known. They can also be green, white, yellow, purple and even black. They have a very distinct flavor which some people love but some people hate. Some taste very sweet but others can be quite peppery and spicy.

However, no matter the color or the flavor, they are extremely healthy for you. They can be added to any meal and even to a smoothie, but we usually mix them with salads and enjoy their crunchiness. While some of you do this you might think that your guinea pig can also enjoy its crunchiness. It’s not hard to imagine them with their little teeth biting and chewing the radish. But can guinea pigs eat radish?

Are Radishes good for guinea pigs?

So can guinea pigs eat radish? Are radishes good for guinea pigs? The answer is yes, guinea pigs can eat radishes and they are also quite good for them. They are rich with vitamin C which guinea pigs can’t naturally produce by themselves. On the other hand they also contain a fair amount of calcium and oxalic acid. These two combined can lead to a lot of urinary complications and urinary stones for your guinea pig. This is a very common problem for guinea pigs.

That’s why we recommend feeding you pet radish only two or three times a month and don’t give it to baby guinea pigs – they should be on a special diet. The vitamin C is great for them but we also don’t want to feed them too much calcium and oxalates. Radishes also have a lot of fibers, iron and are low in calories and sugar. This is good news taking into account that guinea pigs are prone to obesity and diabetes. Radishes also have vitamin B5 and B6, potassium and riboflavin.  They contain other minerals like magnesium, manganese, zinc and phosphorus and substances like thiamine, niacin, protein and fluoride. So when we said that they are very healthy, we weren’t joking. 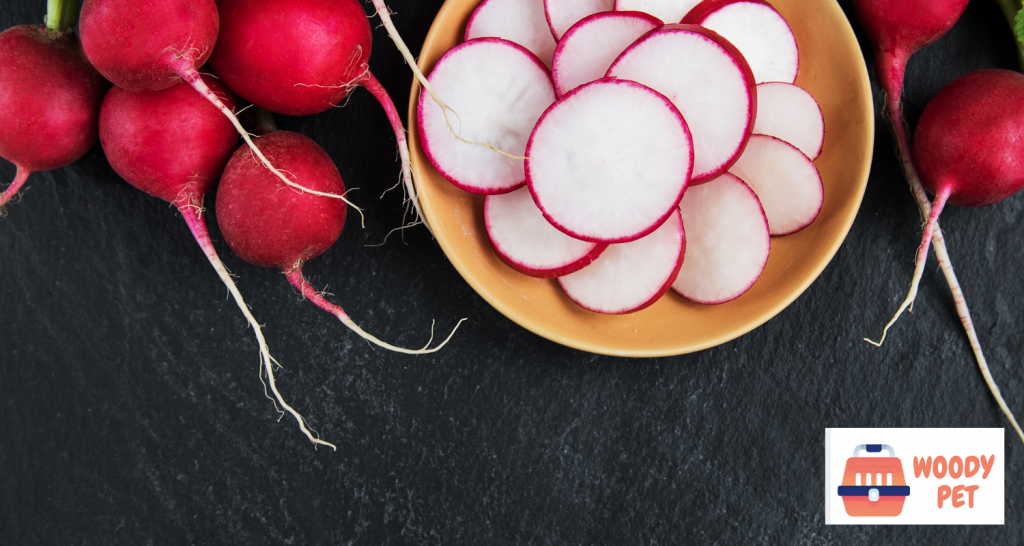 Before serving the radish make sure you wash it thoroughly with water or a vinegar solution. You should also cut it into smaller pieces and make it easier for your pet to eat. Guinea pigs can eat all kinds of radishes including the white and yellow radish but they can’t eat canned radish or radish pickles. Most preserved foods are bad for them. They also can’t eat cooked radish as well as other cooked foods. Dried radish is also forbidden because it contains a lot more sugar and calories.

On the other hand guinea pigs can eat radish microgreens and radish sprouts. Radish microgreens are full of healthy stuff. They contain a lot of proteins, vitamins and minerals which help in controlling their blood pressure and digestive system.  Radish sprouts look a lot like radish microgreens, but they are not the same thing – they have a very different taste. They are also filled with Vitamins A, C and K, zinc, iron, magnesium, etc. However, they both contain a lot of calcium which means that they can be served to guinea pigs only in small amounts over time.

We often ask questions like can guinea pigs eat radish or can they eat this or that? But we always forget to ask do they even like that food. So do guinea pigs like radish? Unfortunately no, they don’t. Most guinea pigs will just ignore the radish you put next to them. If you want to test if your guinea pig likes it just put couple of slices next to eat and wait for a few minutes. Although we must say that we are not very optimistic. 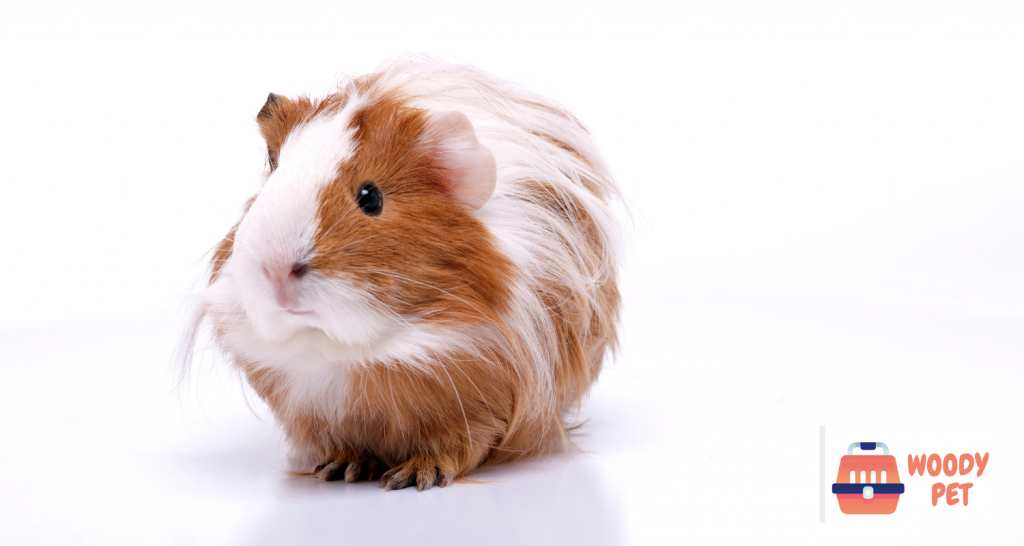 However, the good news is that they really enjoy radish leaves and radish tops. Radish leaves also contain a lot of vitamin C which makes them an excellent snack, but the amount of calcium they contain should not be neglected. That’s why you should feed them radish leaves but only in moderation. Radish tops are also an excellent snack but they have to be washed thoroughly before you serve them to your guinea pig. You don’t want serving your pet any chemicals or pesticides now do you?

So can guinea pigs eat radish? Yes, but most of them do not want to. If your guinea pig belongs to the majority that don’t like to eat radishes then check out these alternatives to radish that your pet will definitely like: celery, kale, spinach, carrot, bell peppers, lettuce, beets, artichoke, asparagus, carrot tops, beet tops, arugula, swiss chard, endive, escarole, summer squash, parsnip, pumpkin, sweet potato, tomato, mint, parsley, cucumber, cabbage, brussels sprout, basil, watercress, green beans, zucchini, cilantro rocket, broccoli, broccolini, cauliflower, etc. But never feed them too much of the same thing. Even when we eat something all the time and eat it in excess – we can start having stomach aches. We suggest you mix these vegetables up and make an unforgettable salad for your piggy.

All in all, even though we answered can guinea pigs eat radish positively, most of them don’t want to eat it. Even if your pet is the exception and likes to eat them, make sure you stick to the recommended dosage. Two or three times a month and only a few slices. Otherwise, the oxalates in radishes can be quite harmful. The big amount of calcium in them can also cause problems. So if you are determined to create a healthy diet for you guinea pig – start mixing vegetables. For example, if you want to give them something with more calcium, mix it with a vegetable that has less calcium. Veterinarians suggest that guinea pigs should be fed one cup of vegetables a day in order to stay healthy. That combined with guinea pig hay and water gives you the perfectly balanced diet for guinea pigs.