Birds are a common part of nature. Some of the bird species that we know about are macaws and parrots. You may have seen at least one of these birds flying by or heard of someone who has either a macaw or parrot pet. Both birds will easily catch the attention of your eye since they are both attractive, have a bright color, and are large. Not only do these birds have some similarities when it comes to their nature, but they also have some aspects of their behavior that is also similar. In fact, you may actually find out that what you thought was a macaw is a parrot. There are about 18 species of macaw while parrots have about 370 species. So what makes them different from each other? Is one better than the other or are they the same? Macaw vs Parrot. Let’s find out.

Macaws have a bare face, and this bare skin goes down up to where the base of the beak is. Macaws have long tails which enable them to move from one tree to another. Their sizes differ, with the scarlet macaw being 89cm in length, the red fronted macaw being 60 cm and the hyacinth can grow up to 1m. Their weight differs also, depending on their type. The hyacinth macaw has a weight of about 1.2 to 1.7 kg. The beak of a macaw is larger than that of a parrot. The unique feature of a macaw’s appearance is that they have an intricate line of feathers that runs across the empty patch of skin on them.

Parrots on the other hand, have heads that are feathers covering them, and they have cere in the area that is around their nostrils. They have a clawed feet, strong legs, a strong bill and an upright stance. They have large heads and short necks. For parrots, you cannot differentiate their sexes by just looking at them. Parrots are in different sizes, from small ones to larger ones. They are mostly at an approximate length of 3.5 to 4.0 inches. Macaws are also more brightly colored compared to parrots who may range from colors that are dark to those that are brighter.

Macaw vs Parrot Habitat and Population 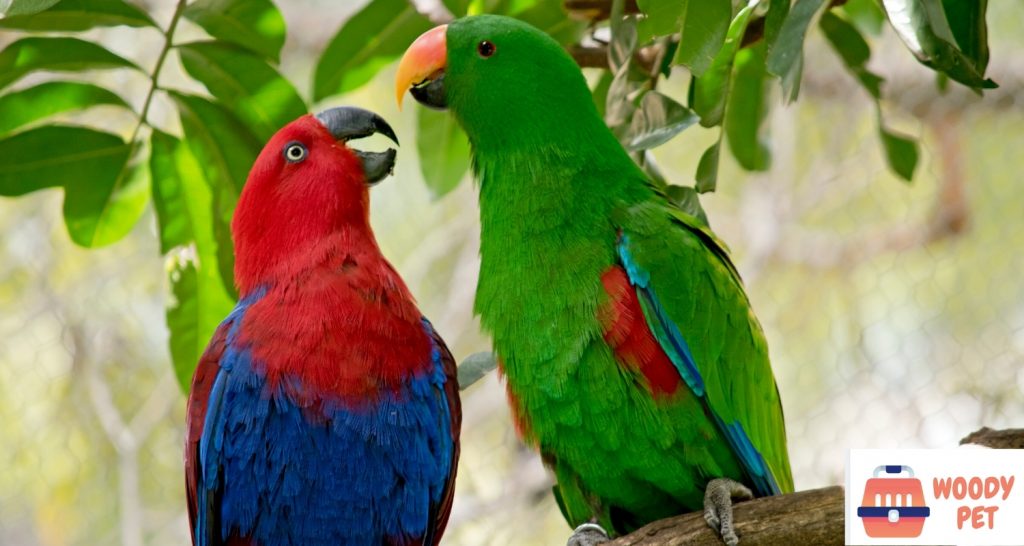 Macaw are birds that are native to the New World in the United States. There are six species of this bird that have been identified, but chances are that there are more in the wild. Macaws are birds that have their habitat mainly in the rainforests as they are tropical and sub-tropical birds. They can however also live in the Woodland and Savannah.

Wild macaws are an endangered species of birds. About five species of macaws have already been declared extinct currently. The threats that macaws are facing the threat of losing their habitat and the illegal trading of them as pets. Some wild macaws that have been caught do not even survive beyond that, and die prior to getting to the pet store. Wild parrots also have diminishing populations.

Parrots feed in fruit, insects, buds and seeds. Macaws have an even diverse diet. They feed on the same sources of food as parrots, with an addition if stems, leaves, and flowers. The macaws in Amazon have been found to wat soil. The reason for this is to neutralize some specific substances that are in their diet. Macaws that live in the wild can travel for 100km looking for food. Parrots have beaks that are strong and curbed to allow for the cracking of foods that are hard, such as nuts.

Macaws have a playful nature. They are more active, compared to parrots. This means that they could also be more vigorous than parrots, should the two engage in a fight.

Parrots produce two to three broods per year, with about 6-9 eggs for each brood. These eggs take between 19 and 30 days to incubate. In some areas, parrots form breeding colonies. Their hatchlings depend on their parents during the nestling period. Macaws take some years before they get to maturity and they also reproduce at slow rates, probably even less than most parrots.

Parrots are part of a group of birds that have traits that are similar. Other birds that are in this group include cockatoos an parakeets. These birds belong to the order Psittaciformes, while the true parrots are in the family Psittacidae. From this family, there is the genera macaw meaning that from the subfamily Arinae, macaws are actually a type of parrot.

Macaws are affectionate and they are monogamous. Parrots also tend to be monogamous, being with the same partner for a lifetime.

The lifespan for a macaw is between 30 and 80 years. Parrots can live for up to 95 years, while macaws can live for up to 50 years. These two birds are both beautiful and intelligent. Despite the similarities that these two birds have, the macaw and parrot have their differences as we have seen. Macaws are bigger and they have longer beaks compared to parrots. The neck of a macaw is also longer than that of a parrot. When you go to the pet store and find both the macaw and parrot, but you want to take one home, which one will you go for? Macaw vs parrot. This will really depend on the type of bird you want. Parrots are more talkative and smaller than macaws. Macaws are more playful and active compared to parrots. In the end, these two birds are both attractive and taking any of them home would make you a happy bird owner.